As the single currency has eased after rising to 120.50 yesterday, suggesting consolidation below this level would be seen and pullback to 120.00 is likely, however, reckon downside would be limited to 119.60-65 and bring another rise later, above said resistance at 120.50 would extend the rebound from 118.24 low for retracement of recent decline to 120.90-00, then towards 121.30-35 but overbought condition should limit upside to 121.90-00 and price should falter well below resistance at 122.52, bring another decline later.

In view of this, we are looking to turn long on dips as 119.60-65 should limit downside. Below previous resistance at 119.47 would defer and risk weakness to 119.00-10 but reckon support at 118.67 would contain downside and bring further consolidation. Only below this support would signal the rebound from 118.24 has ended, bring retest of this level later. A drop below there would extend recent decline from 124.10 top to 118.00 and later towards 117.50. 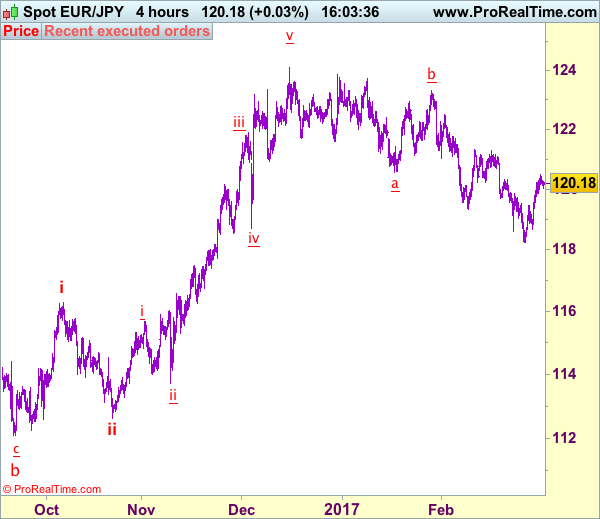