Euro’s retreat after brief rise to 129.09 (yesterday’s high) suggests consolidation below this level would be seen and pullback to 128.00, then 127.50 is likely, however, reckon 127.00 would limit downside and bring another rise later, above said resistance at 129.09 would extend recent upmove to 129.50-60 but loss of near term upward momentum should prevent sharp move beyond psychological resistance at 130.00, risk from there has increased for a retreat to take place later. 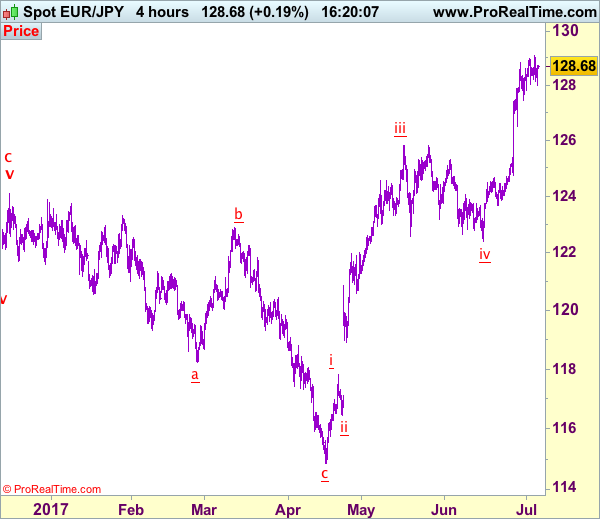