Despite last week’s anticipated selloff to 0.7543, as aussie found good support there and has rebounded again, suggesting consolidation above this level would be seen and recovery to 0.7630 cannot be ruled out, however, reckon upside would be limited to o0.7660-65 and bring another decline later. A break of said support at 0.7543 would signal the fall from 0.7741 top is still in progress, bring retrace,eat of recent upmove to 0.7512 but oversold condition should prevent sharp fall below previous support at 0.7493 and price should stay above support at 0.7449, bring rebound later.

As near term outlook is mixed, would be prudent to stand aside for now. On the upside, expect recovery to be limited to 0.7630 and price should falter below previous support at 0.7663, bring another decline later. Only break of 0.7700 would signal the retreat from 0.7741 (last month’s high) has ended and bring retest of this level first. 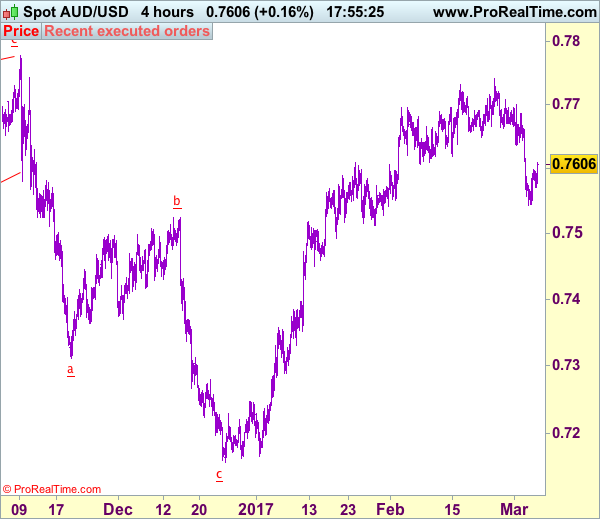