As the greenback has recovered after holding above last week’s low at 1.2414, retaining our view that further consolidation would take place and another corrective bounce too 1.2575-80 is likely, above there would bring retracement of recent decline to 1.2640-50 but reckon 1.2700-05 would limit upside and bring another decline later, below said support at 1.2414 would signal downtrend has resumed and extend weakness to 1.2400, then  towards 1.2350-60, however, oversold condition should prevent sharp fall below 1.2330 and reckon 1.2300 would hold, risk from there is seen for a rebound later. We are keeping our count that wave v as well as wave (C) ended at 1.3794 and impulsive wave (i ii, i ii) is now unfolding with minor wave iii still in progress, hence bearishness remains for this fall to extend weakness to aforesaid downside targets. 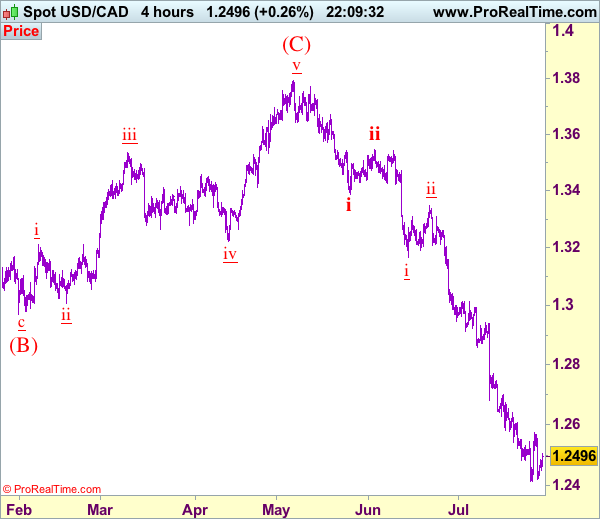