As cable has rallied this week and broke above 1.13100 level, adding credence to our bullish view that the rise from 1.2774 is still in progress and bullishness remains for this move to extend further gain to 1.3200-10, however, as broad outlook remains consolidative, we are keeping our view that top has possibly been formed at 1.3269, reckon upside would be limited to 1.3230-40 and said resistance at 1.3269 should remain intact, bring retreat later.

In view of this, would not chase this rise here and would be prudent to buy sterling on subsequent pullback as support at 1.3033 should contain downside. Below previous resistance at 1.2996 (minor wave i top) would abort and signal top is formed instead, bring correction to 1.2950, then test of support at 2.2909, break there would confirm and correction to 1.2852 support would follow. 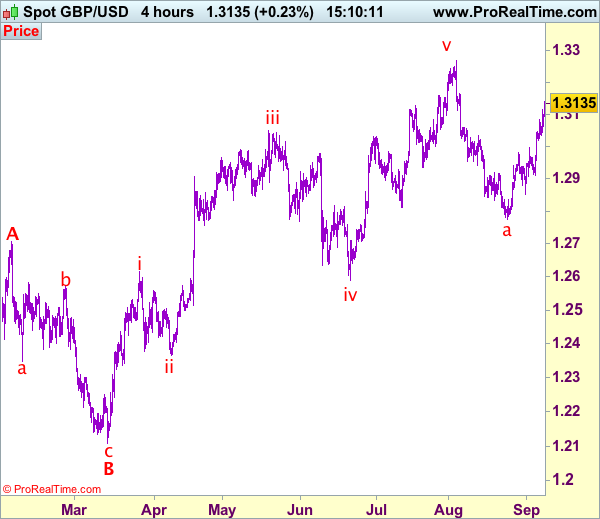