Although cable rebounded again yesterday to 1.3214, as price has retreated again after faltering below indicated resistance at 1.3230, retaining our view that further consolidation would be seen and weakness to 1.3100 cannot be ruled out, however, support at 1.3062 would hold and price should stay above previous support at 1.3039, bring another rebound later. A break of previous support at 1.3027 is needed to confirm the aforesaid decline from 1.3658 top has resumed for weakness to psychological support at 1.3000, break there would encourage for subsequent decline towards 1.2950-60.

On the upside, only above said resistance at 1.3230 would defer and prolong choppy consolidation, risk rebound to 1.3250-60 but resistance at 1.3299 should limit upside and price should falter below last week’s high at 1.3321, bring another retreat later. Our preferred count is that (pls see the attached chart) the wave IV is unfolding as a complex double three (ABC-X-ABC) correction with 2nd wave B ended at 1.2774, hence 2nd wave C could have ended at 1.3658. 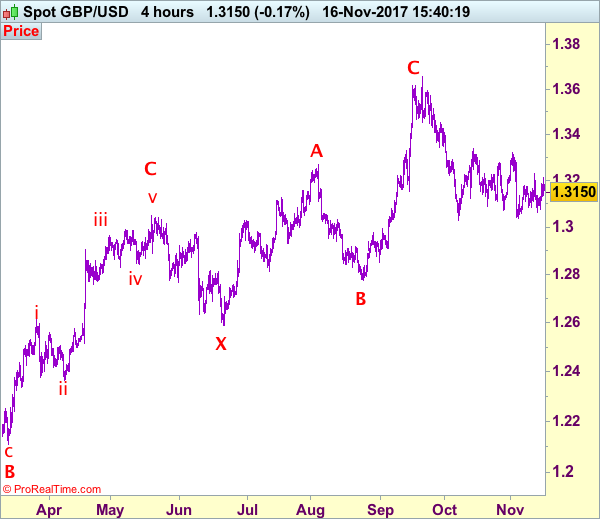