With no updates on median dot plots and economic projections, the focus of this week’s FOMC meeting would be the policy statement and the press conference. Since the June meeting, inflation has continued to accelerate. Market optimism was, however, overshadowed by the spread of Delta variant. Policymakers should likely acknowledge the strong economic developments but retain the view that the sharp rise in the price level is temporary. At the press conference, we expect Chair Jerome Powell to reiterate that the Committee is in talks of QE tapering. Yet, it is premature to make any conclusion. More information about policy changes will be revealed at the Jackson Hole symposium in late August, followed by the September meeting. We expect a formal announcement of QE tapering would be delivered in December. All monetary policy measures will stay unchanged. The Fed funds rate target will stay at 0-0.25% while the asset purchases program would also remain unchanged at US$120B per month.

Upside surprise on inflation has again been seen since the June meeting. Headline CPI accelerated to +5.4% y/y in June, from +5% a month ago. The market had anticipated a slight moderation to +4.9%. Core CPI jumped +0.7 ppt to +4.5% y/y, exceeding consensus of +4%, in the month. Meanwhile, the New York Fed’s Survey of Consumer Expectations revealed that median inflation expectations over the next 12 months increased to a record level of +4.8% in June, from May’s +4%. The outlook for the next 3 years stayed unchanged at +3.6%, compared with Fed’s +2% target. The job market remains resilient despite a pick up in the unemployment rate in June. The unemployment rate edged higher, by +0.1 ppt to 5.9%, compared with consensus of 5.7%. Yet, the number of payrolls soared +850K, beating May’s +583K and consensus of +700K.

Strong inflation and inflation expectations should not alter the Fed’s judgment. Powell reaffirmed at the Congressional testimony that inflation pressures are largely transitory. As he suggested, “we’re experiencing a big uptick in inflation, bigger than many expected … and we’re trying to understand whether it’s something that will pass through fairly quickly or whether, in fact, we need to act”. He added that the economy is “not going to be going into a period of high inflation for a long period of time … we have tools to address that”.

At the Congressional testimony, Powell noted that “substantial further progress” toward Fed’s employment and inflation goals “is still a ways off”. This indicates that the Fed would unlikely deliver any hints about QE tapering in July. Raising the possibility of introducing an asymmetric policy stance, Powell also noted that the Fed “saw signs that the path of inflation or longer-term inflation expectations was moving materially and persistently beyond levels consistent with our goal”. Such stance suggests that more overshoot of inflation would be tolerated before action.

The rapid spread of the Delta variant has contributed to the recent uptick of new coronavirus cases. Market aversion was exemplified in the decline in Treasury yields. Its implication on Fed’s tapering debate is mixed, though. On the one hand, worsened sentiment suggests that stimulus should be in place for longer. On the other hand, the decline in Treasury yields as a kind of easing would probably unnerve the hawks who might urge for tapering earlier.

Overall, we expect the Fed to leave the monetary policy unchanged this week. Powell will affirm that while discussions over tapering have started, a consensus is far from being reached. 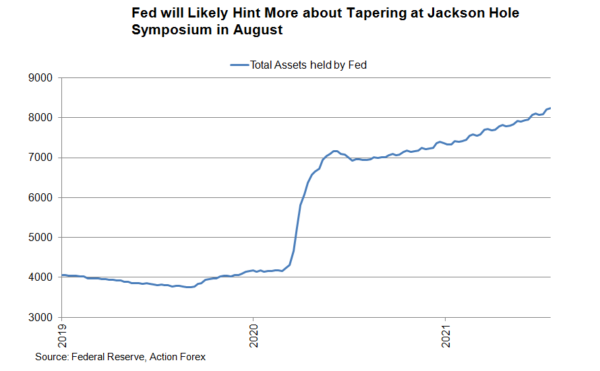 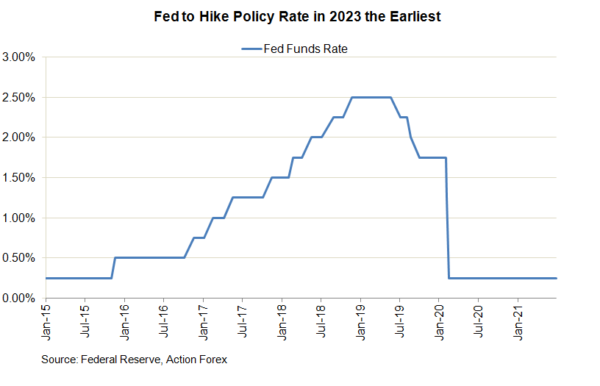