Sterling pares back some gains in Asian session today, but remains the strongest one for the week. It’s lifted by hope that an Irish border solution could finally be reached before October 31 to avoid no deal Brexit. Dollar is generally firmer and it’s trading as the second strongest for the week so far. Regional Fed presidents have lined up against another rate cut in September. Yet, Fed Chair Jerome Powell’s speech at Jackson Hole today could be defining.

Bets on another Fed cut seemed to be receding. According to Fed fund futures, markets are now only pricing in 93.4% chance, comparing to 100% chance a week ago. It’s almost like a given that Powell will reiterate that July’s cut was a “mid-cycle adjustment” but not the start of a lengthy easing cycle. Yet, it’s unsure whether he would do something to tone down the chance of another move next month.

Technically, EUR/GBP is a focus today as it’s now at the edge of key near term support zone of 0.8891/9051. Rebound from there could at least prompt pull back in Sterling elsewhere. Despite weak downside momentum, EUR/USD is still on track to retest 1.1026 low, as long as 1.1113 minor resistance holds.

Dallas Fed President Robert Kaplan said he’d like to ” avoid having to take further action” on interest rates. Though, he’s going to “have an open mind about taking action over the next number of months if we need to.”

He added “even though the consumer is very strong and a key underpinning to the economy, manufacturing sector is weak and probably weakening and global growth decelerating is probably finding its way to seep into the U.S. economy.” There are “downside” risks to Fed’s GDP growth forecast of 2% this year.

Regarding yield curve inversion, Kaplan said “I’m more focused on the fact that the whole curve has moved down over the last three and a half months and the Fed funds rate at two to two and a quarter is now above every rate along the curve which to me is a bit of a reality check that says it’s possible our monetary policy stays a little tighter than I would have thought three or four months ago.”

Fed Harker said “no, not right now” for another rate cut

Philadelphia Fed President Patrick Harker told CNBC “No. Not right now”, when asked if he sees a case for further rate cut. He explained, “the labor markets are strong, inflation is moving up slowly — but with the last CPI print, it was a good print,”

White House economic adviser Larry Kudlow said yesterday that there was “quite constructive” telephone conversations at deputy level between US and China and trade. The deputies have agreed to set up another conference call and were working through some of the key issues. He added “we are still planning for the Chinese team to come over here in September.” On the economy, Kudlow dismissed the concerns of a downturn. Instead, he said “we don’t anticipate anything but a solid strong economy.”

Japan Motegi: getting closer to a conclusion with US on trade

Japanese Economy Minister Toshimitsu Motegi held marathon four-hour talks with US Trade Representative Robert Ligthizer in Washington yesterday. After that, Motegi said the two countries were “getting closer to reach a conclusion” on trade agreement. He added that “we’re spending quite a long time” because the discussions involved details covering a wide range of areas.

Talks will continue on Friday and Motegi said “we’ll see what we can do (in talks) tomorrow”, regarding the chance of reaching a conclusion on trade.

The core CPI reading remained well below BoJ’s 2% target and was stuck at the lowest level since July 2017. The data clearly showed that BoJ remains well behind is its efforts to boost inflation. While Japan is in no sense in deflation for now, it’s just a matter of time when BoJ would finally admits that momentum in price is gone. 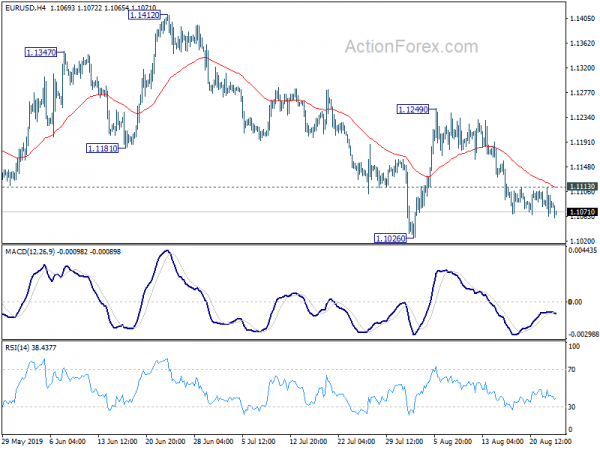 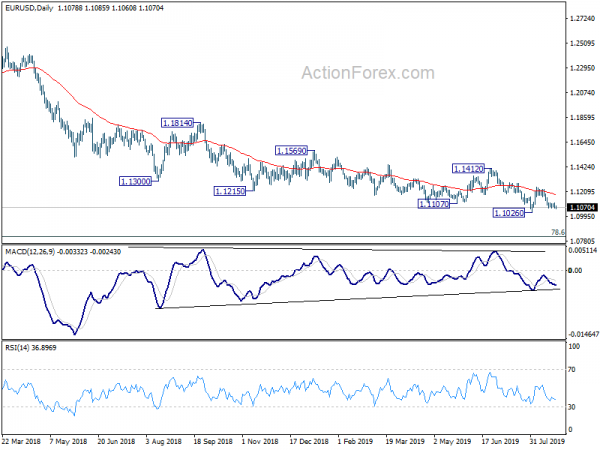