Dollar index reached as high as 102.26, extending the rebound from 99.23. The dollar index is now back defending 102 handle. While further rise is expected in the index, it should also be noted that it’s staying well below January’s high at 103.82. In the currency markets, Dollar is set to end the week as the strongest major currencies. However, firm breaks of 1.0493 support in EUR/USD and 114.94 resistance in USD/JPY are still needed to confirm underlying momentum in the greenback.

Fed Powell: Case for hike has "come together"

Speculations on March hike by Fed continued to heat up. Fed fund futures are pricing in 75.3% chance of it, up from prior day’s 66.4, and more than double of last week’s pricing. Fed governor Jerome Powell said yesterday’s that "the case for a rate increase in March has come together." Another Fed governor Lael Brainard, who’s seen as a known dove, also said earlier this week that "Assuming continued progress, it will likely be appropriate soon to remove additional accommodation, continuing on a gradual path". A main focus today is Fed chair Janet Yellen’s speech at 1800 GMT, which could solidify Dollar’s strong weekly close. Fed’s vice Chair Stanley Fischer and Chicago Fed president Charles Evans will also speak today.

Japan CPI ticked up in January

Released from Japan, National CPI core rose to 0.1% yoy in January, up from -0.2% yoy, above expectation of 0.0% yoy. That’s also the first uptick in 11 months. Tokyo CPI core, however, dropped -0.3% yoy in February, unchanged from prior month’s reading, and missed expectation of -0.2% yoy. The jump in National CPI core is seen mostly as a recent of energy prices. There is still no clear evidence of momentum in underlying inflation, including wages. And, the reading is still far below BoJ’s 2% target. It’s difficult for BoJ to start scaling back the massive monetary stimulus any time soon. Unemployment rate dropped 0.1% to 3.0% in January. Household spending dropped -1.2% yoy 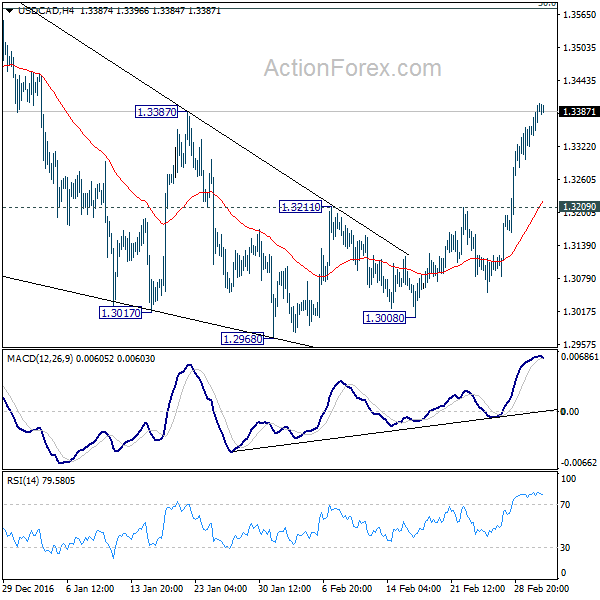 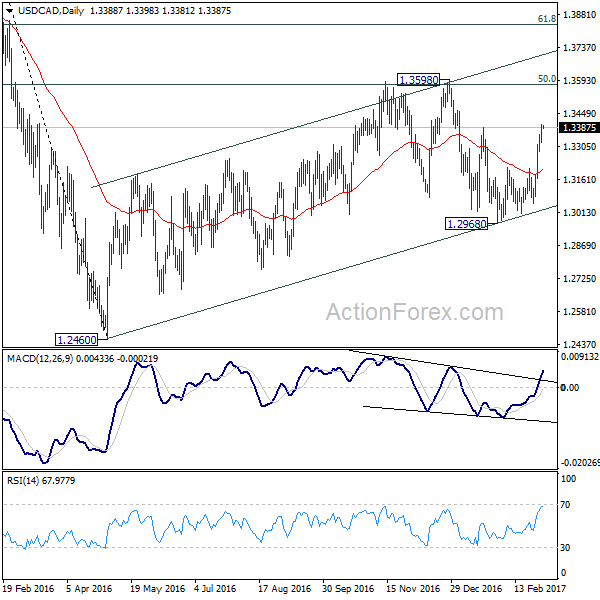