Both Euro and Swiss Franc are generally firm today after ECB and SNB rate decisions, as not much reactions are being triggered. Though, as for today, Australian Dollar is the strongest one so far. Sterling, on the other hand, pares back some of recent gains as traders lighten up position, awaiting UK election results. Dollar is a touch weaker after poor job data but loss is limited. US President Donald Trump is set to have a high-stake meeting with trade advisers to decide whether to go ahead with December 15 tranche of tariffs on China. The decision would likely sharp Dollar’s next move.

Technically, EUR/USD and AUD/USD are on track to test recent resistance at 1.1179 and 0.6929 respectively. 1.3158 support in USD/CAD would be a level to watch to gauge further weakness in the greenback. As for Sterling, 1.3012 resistance turned support in GBP/USD, 141.50 resistance turned support in GBP/JPY, and 55 day EMA (0.8621) in EUR/GBP are the levels to watch. As long as these level holds, more upside would remain in favor in the Pound even in case of volatility.

US initial jobless claims surged to 253, highest since Sep 2017

ECB keeps main refinancing rate unchanged at 0.00% as widely expected. Marginal lending facility rate and deposit rate are held at 0.25% and -0.50% respectively too. Forward guidance is maintained that “The Governing Council expects the key ECB interest rates to remain at their present or lower levels until it has seen the inflation outlook robustly converge to a level sufficiently close to, but below, 2% within its projection horizon, and such convergence has been consistently reflected in underlying inflation dynamics.”

President Christine Lagarde said in the post-meeting press conference that incoming data pointed to “muted inflation pressures and weak euro area growth dynamics”. However, there were “some initial signs of stabilisation” in slowdown and a “mild increase” in underlying inflation. Job and wages growth continue to “underpin the resilience” of Eurozone economy too.

EU 28 industrial production dropped -0.4% mom. Among Member States for which data are available, the largest decreases in industrial production were registered in Denmark and Greece (both -2.6% mom), and in Latvia and Lithuania (both -2.3% mom). The highest increases were observed in Portugal (+3.1% mom), Slovenia (+2.0% mom) and Poland (+1.1% mom).

Ifo: No ground to fear an economy-wide recession in Germany

Ifo institute said Germany’s economy stabilized in Q3 but remains divided, with manufacturing industry “caught in recession”. Though, spread of industrial weakness has been “limited to industry-oriented service providers”. There has been “no indirect transmission to consumer- and construction-related sectors. At present, there is “no grounds” to fear an “economy-wide recession”. Ifo forecasts GDP growth to accelerate form 0.5% in 2019 to 1.1% in 2020, and then 1.5% in 2021.

SNB kept policy rate unchanged at -0.75% as widely expected. It also reiterated the willingness for FX intervention as necessary. Franc is seen as remaining “highly valued”, and the foreign exchange market is “still fragile”. “Negative interest and the willingness to intervene counteract the attractiveness of Swiss franc investments and thus ease the upward pressure on the currency”. In this way, the SNB “stabilises price developments and supports economic activity.”

In the press conference, SNB Chairman Thomas Jordan emphasized that negative interest rate “remains necessary” after being introduced five years ago. While the policy “attracts criticism”, policy makers “are convinced that the benefit clearly hold sway”. He also pledged to monitor the impact of negative interest “precisely” and “take the side-effects seriously”.

BoJ Deputy Governor Masayoshi Amamiya said in a speech that “Japan’s economy is likely to continue on an expanding trend, albeit at a moderate pace.” Currently, downside risks, “mainly regarding developments in the global economy” require the “most attention”. “Exports and production are projected to continue showing some weakness for the time being, with a pick-up in the global economy being delayed.”

Nevertheless, Amamiya reiterated BoJ’s usual message. “In a situation where downside risks to economic activity and prices, mainly regarding developments in overseas economies, are significant, the Bank will not hesitate to take additional easing measures if there is a greater possibility that the momentum toward achieving the price stability target will be lost.”

From Japan, machinery orders dropped -6.0% mom in October, much worse than expectation of 0.9% mom. 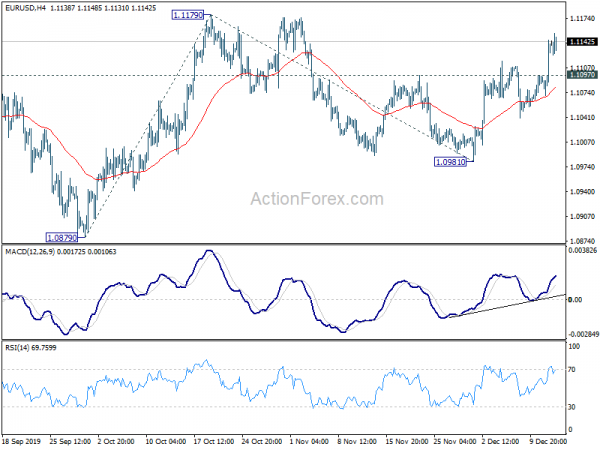 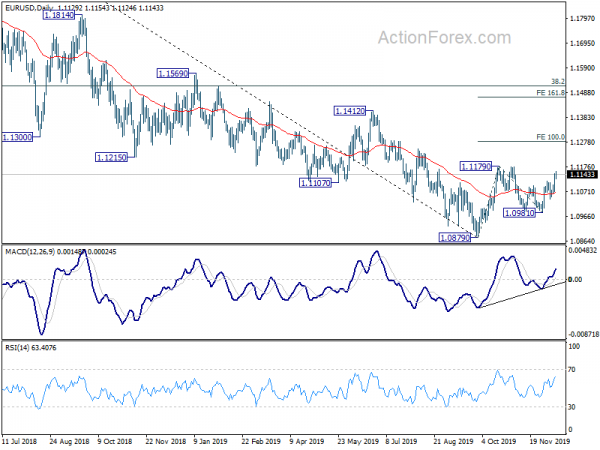