Yen, Dollar, and Swiss Franc are set to close as the strongest ones for the week. Global stock market crash continues with US stocks suffering the worst decline since Black Monday overnight. Asian markets gap lower and are staying in deep red. For now, Australian Dollar is the worst performer of the week. Sterling follows as second weakest, partly due to the selloff against Euro. The markets will likely calm down a bit, with some profit taking trades, before the weekend.

US Treasury held a video conference with Canada, the European Commission, France, Germany, Italy, Japan and the United Kingdom. A short statement was issued noting, “The G7 is in regular contact and committed to continued international cooperation to address the global health and economic impacts of COVID-19.”

Fed announced massive liquidity injection to ease market strains due to coronavirus outbreak. Up to USD 1.5T will be pumped into the financial system. New York Fed said that the fund will be made available in three tranches of USD 500B, starting with purchases of a broader range of treasury securities.

New York Fed said, “these changes are being made to address highly unusual disruptions in Treasury financing markets associated with the coronavirus outbreak..

Some analysts noted that the move was basically restarting QE, or at least, a point towards restarting QE. More measures could be announced with the rate decision on March 18 next week. Currently, fed fund futures are pricing in 94.5% of -100 bps rate cut to 0.00-0.25%. 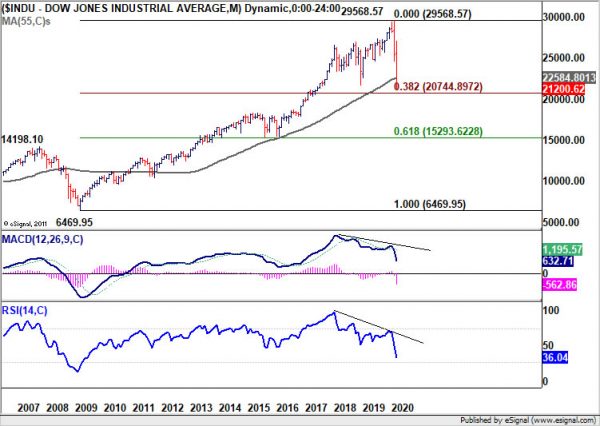 Break of yesterday’s high of 23273.91, the lower end of the gap, would be the first sign of stabilization. The extent of the whole correction would very much depend on the strength and time of subsequent second leg consolidation. 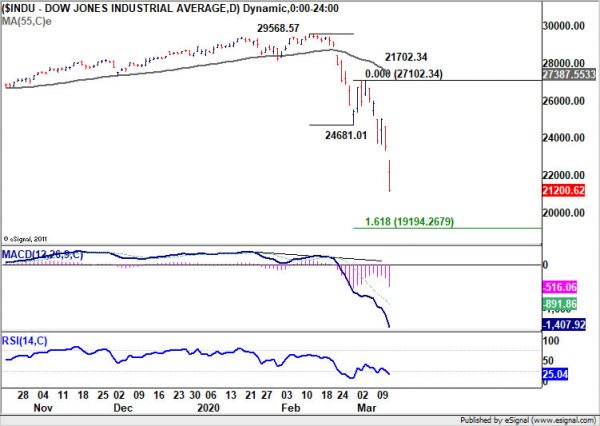 New Zealand Business NZ Performance of Manufacturing Index rose 3.4 to 53.2 in February. Executive director for manufacturing Catherine Beard said, “while the sector has not been hit hard by Covid-19 as yet, offshore experiences show how rapidly the situation can change, especially for those manufacturers who source materials offshore and cater for particular markets”.

BNZ Senior Economist, Craig Ebert said that “The most encouraging aspect of the PMI – considering the global ructions beginning to emerge in February – was arguably its new orders.  These gained to 55.3, from 50.9 in January. And with widespread reports of supply-chain disruptions around the world, it was also interesting to see the PMI’s Deliveries of Raw Materials index had picked up to 53.1, from 47.7”.

Germany CPI and France CPI final will be featured in European session. US will release import price index and Michigan consumer sentiment.

EUR/USD dropped to as low as 1.1055 and breached 1.1095 support, but quickly recovered. Intraday bias remains neutral first. On the downside, firm break of 1.1096 will argue that whole rebound form 1.0777 has completed, after rejection by 1.1496 fibonacci resistance. Intraday bias will be turned to the downside for retesting 1.0777 low. Though, rebound from current level will retain near term bullishness and bring another rally through 1.1496 at a later stage. 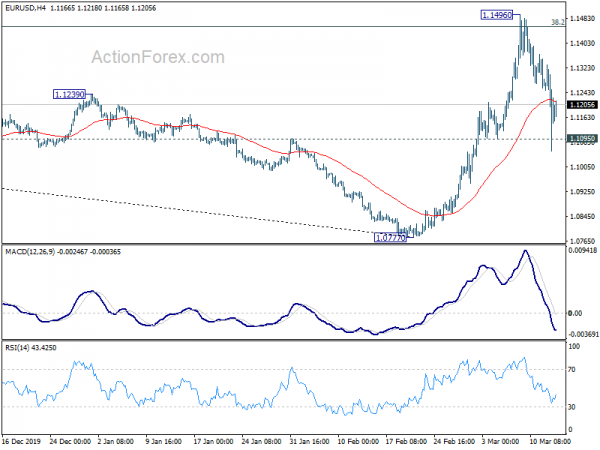 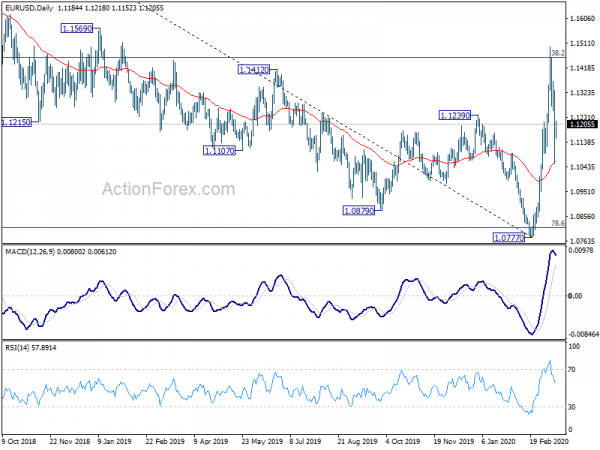