US stock markets are staging a notable rebound at open, following Europe. There are no special developments, except that coronavirus is hitting politicians and sports, as well as all major events. Total number of global cases hit 139,016, and it’s unsure if it will break 140,000 level even before the end of the day. It’s spreading quickly in Europe with more than 15,000 cases in Italy, 4,200 in Spain, 3100 in Germany, and 2800 in France. Switzerland break 1,000 to 1,135. So, the rebound in stocks is see as nothing more than pre-weekend short profit taking.

In the currency markets, Yen and Swiss Franc are both paring much of this week’s gains while commodity currencies recovery today. For, Dollar is the best performer for the week, followed by Yen. Australian Dollar is the worst one, followed by Sterling. Technically, we’ll have to see if Dollar is really reversing recent fortune against Euro, Swiss and Yen. Levels to watch include 1.1095 support in EUR/USD, 0.9613 resistance in USD/CHF and 108.00 fibonacci resistance in USD/JPY.

ECB Lane: Interest rate cut is less relevant in the context of coronavirus

ECB Chief Economist Philip lane said today that interest rate cut isn’t the most effective policy in the current situation. Nevertheless, further cuts remains an option if warranted by a tightening in financial conditions or a threat to inflation target.

He said, “a move in the short-term rate is typically most powerful if it is expected to be persistent, given the importance of the expectations channel in determining the influence of the short-term policy rate on the overall yield curve.” And, “this persistence channel is less relevant in the context of the spreading of the coronavirus”.

Nevertheless, ECB would “ensure that the elevated spreads that we see in response to the acceleration of the spreading of the coronavirus do not undermine transmission,” he added.

Bank of France head Francois Villeroy de Galhau also defended ECB’s lack of rate cut yesterday. He told Radio Classique, “our package is coherent as regards the economic analysis and is a powerful help for companies.”

Italy, the epicenter of coronavirus outbreak in Europe, is clearly dissatisfied with ECB’s move. Prime Minister Giuseppe Conte said yesterday. “Will they be enough? I don’t think so.” Conte said that the task of the ECB is “not hindering but facilitating” and that the institution needs to create “favorable financial conditions.”

German Economy Minister Peter Altmaier indicated he would support pharmaceuticals companies to rebuild their productions in Europe. Nationalization could also be an option, for supporting supporting strategically important companies.

Altmaier said, “Minimizing one-sided dependencies in order to win back national sovereignty in sensitive areas is the right idea. I can well imagine a common European project for medicine production.”

Finance Minister Olaf Scholz said today the country is in “unusual times. the government is has earmarked billions of euros in financial aid to assist businesses and employees affected by the coronavirus outbreak.

China’s PBoC announced to cut reserve requirement ratio for the second time this year to release CNY 550B of liquidity. RRR would be cut by 50-100bps from the original levels. The RRR cut will be effective next Monday. Banks which passed the annual review regarding lending to small companies will be qualified for the RRR reduction.

The central bank is “making its prudent monetary policy more flexible and appropriate,” the PBOC said in the statement. “The restoration and development of the real economy is being put in a more prominent position, while excessive liquidity will be avoided.” 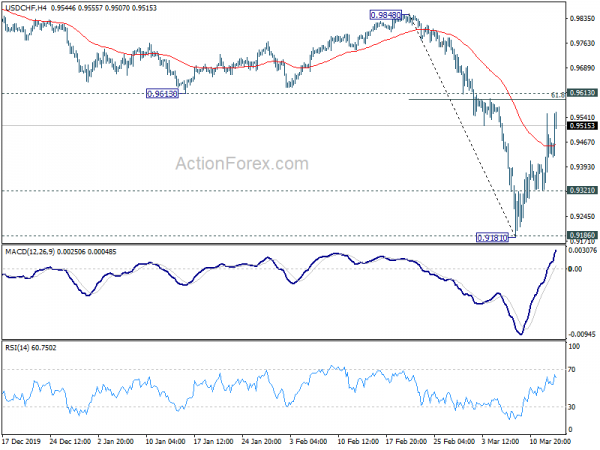 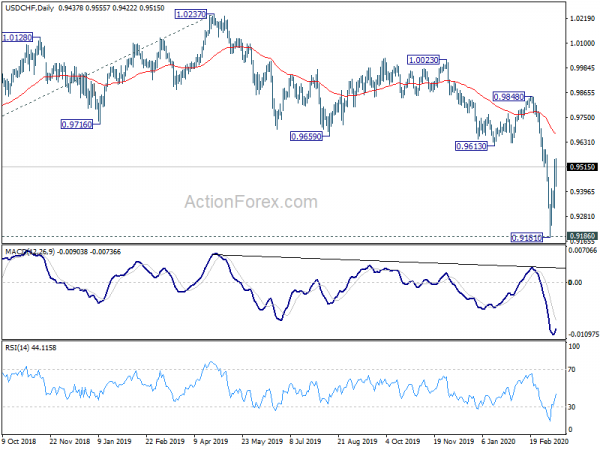