Canadian and US Dollars are both trading as the weakest ones today, after release of job data. US initial claims stood over 6m level for the second week while Canada lost more than 1m jobs in March. Meanwhile, Australian Dollar is trading as the strongest one, following higher stock markets, followed by Sterling. There are two events risk that could trigger more volatility ahead of the long weekend, including OPEC++ decision on production cut, as well as EU decisions on coronavirus rescue.

Canada employment contracted -1011k in March, or -5.3%. Employment rate dropped 3.3% to 58.5%, lowest since April 1997. The contraction in employment was also larger than any of the three significant recessions since 1980. Unemployment rate surged from 5.6% to 7.8%. The 2.2% rise was the largest one-month increase since comparable data became available in 1976.

Accounts of the ECB meetings in March (11-12, 18), noted “there was unanimous agreement that bold and decisive action was needed to counter the serious risks posed by the rapidly spreading coronavirus for the monetary policy transmission mechanism.”

“Reservations were expressed by some members about the necessity of launching a new, dedicated asset purchase programme.” However, “notwithstanding the hesitation, readiness was also expressed to go along with the carefully phrased communication, in the light of the scale of the market disruptions and challenges faced in the pursuit of the ECB’s mandate.”

ECB Lagarde urges Europe not to get fixated with coronabonds

ECB President Christine Lagarde told French daily Le Parisien that EU leaders should not “get fixated on coronabonds”. There could be other forms of solidarity between European countries in figure the coronavirus crisis. Members could have joint spending from a shared budget. Or there could be a reconstruction fund to finance investments after the crisis.

Lagarde also told Italy’s Il Sole 24 Ore that European governments have to support each other to country the coronavirus shocks. Fiscal and monetary policies nee to be aligned. And, “if not all countries are taken care of, the others will also suffer… solidarity is in the interest of all.”

EU finance ministers failed to agree on the coronavirus rescue package earlier this week after a 16-hour video conference meeting. The meeting is due to reconvene at 1500GMT today.

Ahead of that, German Economy Minister Peter Altmaier said, “it’s important that we take this decision today on the 500 billion euros that is in discussion — that’s an incredibly large sum of money that we could use to help a lot of people, especially in the hardest hit countries, Spain and Italy.”

“I have confidence that (German Finance Minister) Olaf Scholz, together with his colleague (French Finance Minister) Bruno Le Maire, can push this forward today and we are all working on that together,” he added.

UK GDP dropped -0.1% in February, no growth before coronavirus outbreak

Rob Kent-Smith, Head of GDP, Office for National Statistics: “Today’s figures show that in the three months to February, which was before the full effects of Coronavirus took hold, the economy continued to show little to no growth. Most elements of the services sector grew, though manufacturing continued to decline. Construction saw a notable fall in February, as wet weather and flooding hampered housebuilding. The underlying trade balance moved into surplus in the latest 3-months, the first seen since comparable records began over 20 years ago. This surplus was caused by a large fall in goods imported from EU countries.”

BoJ Governor Haruhiko Kuroda said in the regional branch manager meeting that “the spread of the coronavirus is having a severe impact on Japan’s economy through declines in exports, output, demand from overseas tourists and private consumption.” And, “the economic outlook is extremely uncertain.”

“For the time being, we won’t hesitate to take additional monetary easing steps if needed, with a close eye on developments regarding the coronavirus outbreak,” he added. 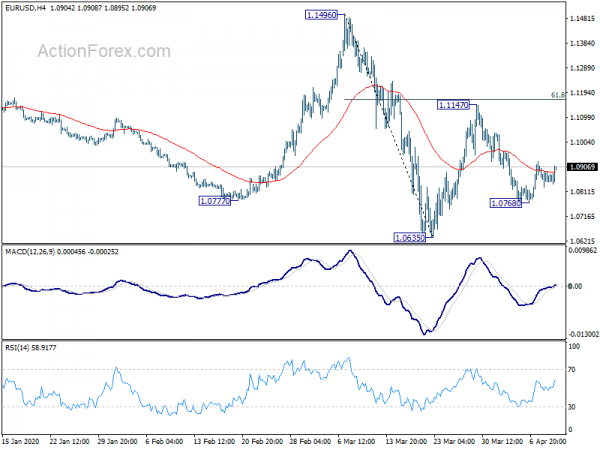 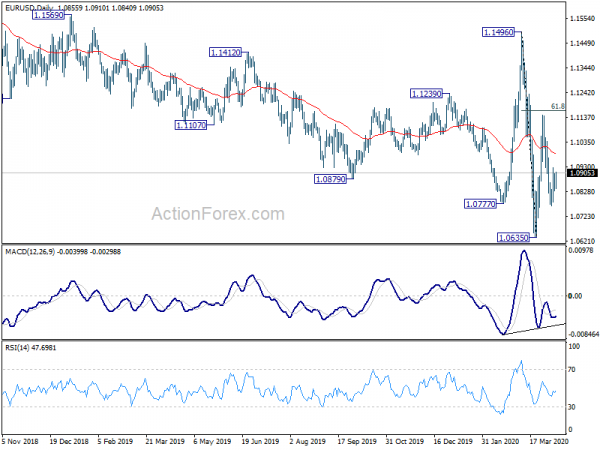 Buzz Back in the Markets