Sterling appears to be under some selling pressure today, without any special driver. A possible reason is some repositioning ahead of next week’s Brexit talks. Meanwhile, Yen appears to be regaining some growth, together with Swiss Franc. There is some upside potential on risk-off traders ahead of the weekly close, as US futures point to mildly lower open.

Technically, GBP/CHF is now eying 1.1716 key near term support again after today’s decline. Sustained break there would confirm completion of the whole rebound from 1.1102. USD/CAD is another one to watch and break of 1.3686 resistance will resume the rebound from 1.3315 short term bottom. 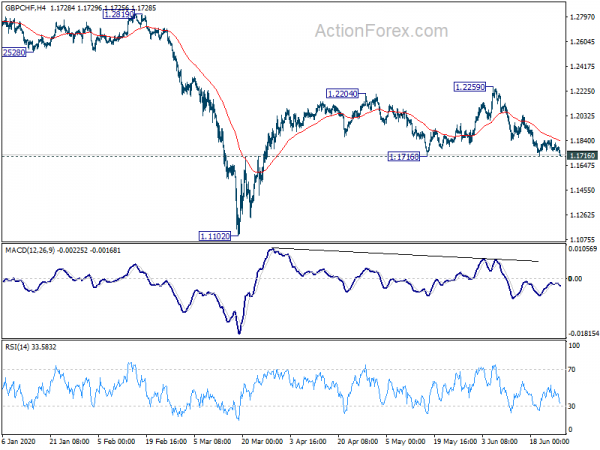 ECB Lagarde: Probably past the lowest point but recovery will be restrained and incomplete

ECB President Christine Lagarde said today “we probably are past the lowest point and I say that with some trepidation because of course there could be a severe second wave” of coronavirus infections. Also, the recovery will be “restrained” and “incomplete”.

“The airline industries, the hospitality industries, the entertainment industries are going to come out of that recovery process in a different shape, and some of them will probably be hurt irremediably,” She added. And trade is unlikely to return to pre-crisis levels.

BoJ Kuroda: No need to further lower the entire yield curve for now

BoJ Governor Haruhiko Kuroda said today that “at this moment, we didn’t see the need to further lower the entire yield curve”. The economy has been in a “extremely severe situation” with “considerable negative growth” in Q2. Nevertheless, “once the impact of COVID-19 on the economy has subsided, the economy starts to recover and comes back to a normal growth path, then of course our extraordinary measures may be gradually curtailed.”

But he also noted that “there are significant uncertainties over the outlook for the economy.” The coronavirus pandemic “continues on a global basis, and concern about a second wave of the virus has increased recently.”

He added that 2% inflation target is “unlikely to be met in the short run”. Also, “the BOJ’s expanded balance sheet would not be normalized until 2% inflation is achieved.”

Released from Japan, Tokyo CPI was unchanged at 0.2% yoy in June, matched expectations. 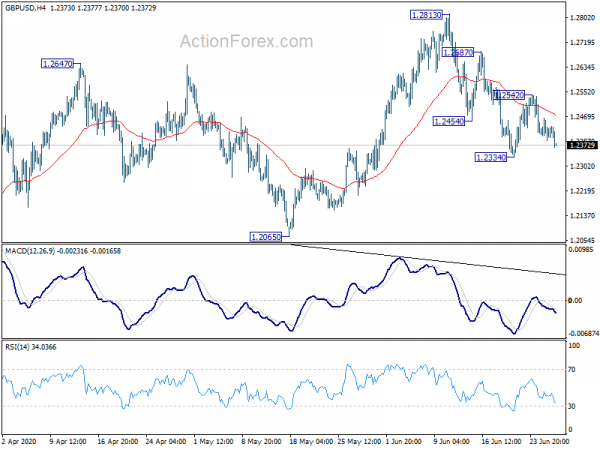 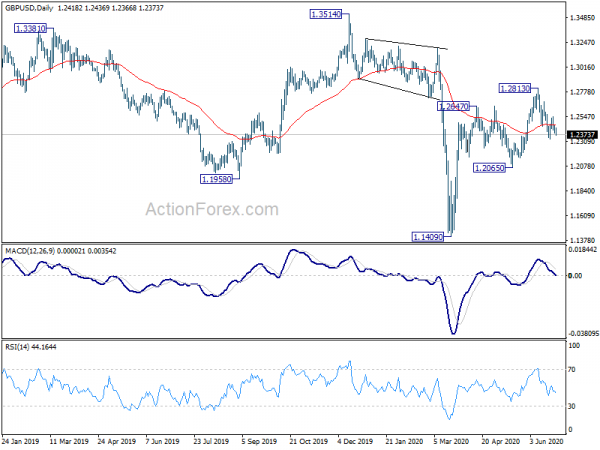