Euro Surges as ECB Gives No Red Light to Appreciation

Euro jumps notably as ECB insist that it doesn’t target the exchange rate, despite recent appreciation, suggesting that they’re still comfortable with the current level. The common currency also takes Swiss Franc higher with it. On the other hand, Sterling is left behind as European majors. The Pound suffers another round of selloff as EU chief Brexit negotiator Michel Barnier said he had seen no progress so far, ahead of the “extraordinary” meeting in UK. Dollar is currently following as the second weakest, thanks to the rally in Euro.

Technically, today’s strong rebound in EUR/USD and EUR/JPY should confirm that 1.1762 support and 124.44 support are defended well. Near term bullish is maintained in the two pairs and focuses now turn back to 1.2011 and 127.07 resistance respectively. EUR/GBP is now pressing 0.9175 resistance and bring will target 0.9371 fibonacci projection. EUR/CAD might also take out 1.5646 resistance to confirm short term bullish reversal. 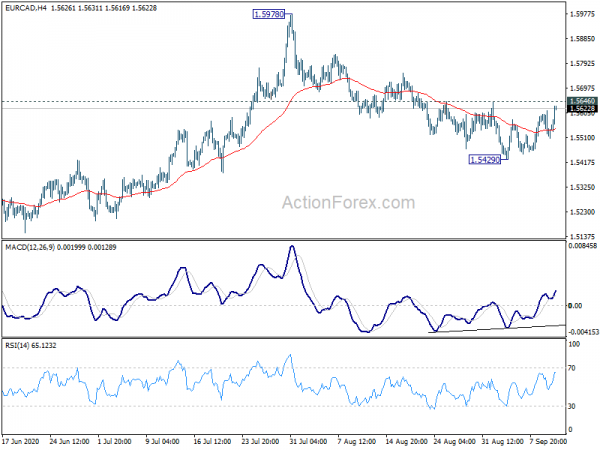 ECB left monetary policy unchanged as widely expected. Main refinancing rate is held at 0.00%, deposit rate at -0.50%, and marginal lending facility rate at 0.25%. ECB also reiterated the expectation that “key ECB interest rates to remain at their present or lower levels. Also, the envelope of EUR 1350B of the pandemic emergency purchase programme is kept unchanged. The PEPP asset purchases will continue “until at least the end of June 2021”. Net purchase under the asset purchase programme will continue at EUR 20B monthly pace, together with purchase under the additional EUR 120B temporary envelope until the end of the year.

In the post-meeting press conference, President Christine Lagarde noted that appreciation of Euro was “discussed” but she emphasized that the mandate is “price stability”, “we do not target the exchange rate”. There was no special reference to Euro’s strength in the introductory statement. She just said, “in the current environment of elevated uncertainty, the Governing Council will carefully assess incoming information, including developments in the exchange rate, with regard to its implications for the medium-term inflation outlook.”

In the latest economic projections, 2021 GDP contraction was revised up to -8.0% versus -8.7% as forecast in June. 2021 GDP growth was revised down to 5.0%, from 5.2%. 2022 GDP growth was also revised down slightly to 3.2%, from 3.3%. Overall balance of risks to growth outlook is “seen to remain on the downside”, “largely reflects the still uncertain economic and financial implications of the pandemic”.

Germany’s economic institute projected a much less severe GDP contraction of -6% this year, revised from June’s estimate of -9.4%. For 2021 and 2022, grow is expected come back with 4.1% and 3.0% rise respectively. But the forecasts are based on assumption that there will not be renewed lockdown as another wave of coronavirus infections.

Marcel Fratzscher, DIW President: “The economic slump this year is likely to be a little less than feared. It would be wrong to think now that the crisis will be over quickly. We have to admit that there can and will be setbacks, for example corporate bankruptcies and an increase in unemployment. It is therefore right that the federal government has extended many aid measures.”

Claus Michelsen, DIW Economic Director: “So far, the German economy has come through the crisis better than feared. The historic slump in gross domestic product in the spring will be followed by an extremely strong third quarter, so we can be more optimistic overall than we were in the summer. Politicians reacted correctly to the crisis with their stabilizing measures – the federal government’s economic stimulus program is also helping to get demand going again. Nevertheless, the bottom line is that economic output this year is likely to decline significantly compared to the previous year.

“And for the further process, at least skepticism is appropriate. Many important German trading partners have been hit even harder, which means that the export industry in this country can look to an uncertain future. And in Germany, too, much of the economic damage will only gradually become apparent. So the crisis will keep us busy for a long time.” 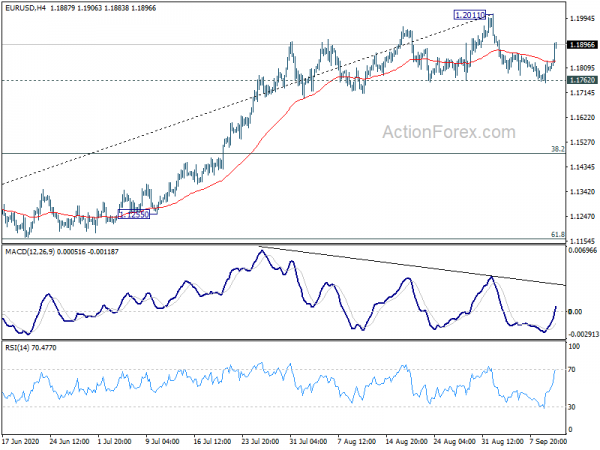 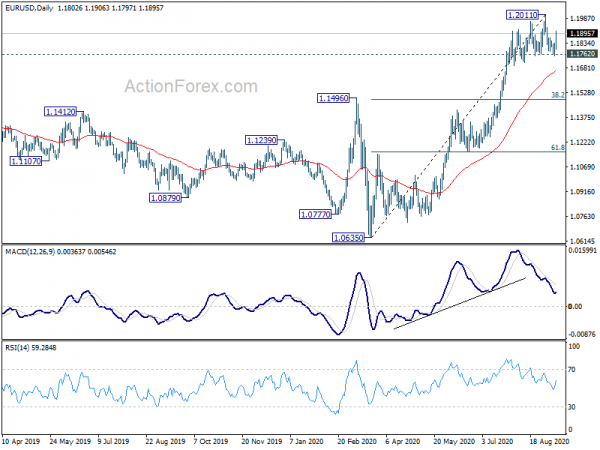