Euro, Sterling and Swiss Interplay Eyed as Volatility in Stocks and Yields Shrugged

The forex markets are very quiet in Asian session today as consolidative trading continues. The sharp decline in US treasury yields overnight, and the pull back in Asian stocks, triggered little reaction in currencies. Dollar and Yen are the slightly firmer ones for today so far, while commodity currencies are the softer ones. But such picture could easily change as the day goes on.

Technically, we’re be particularly interested in the interplay between European majors for today. EUR/GBP and EUR/CHF would need to break through 0.8923 and 1.0790 resistance together to confirm short term bottoming in Euro. On other hand, GBP/CHF’s rebound from 1.1683 looks completed, with three waves up to 1.2193, as rejected by 1.2203 resistance. A break of 1.2054 support would sign near term reversal for 1.1912 support and below. That, if happens, could either push up EUR/GBP, or drags down EUR/CHF, or both. Let’s see. 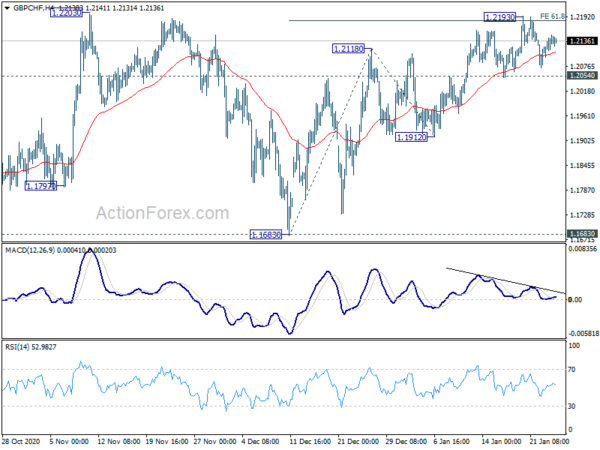 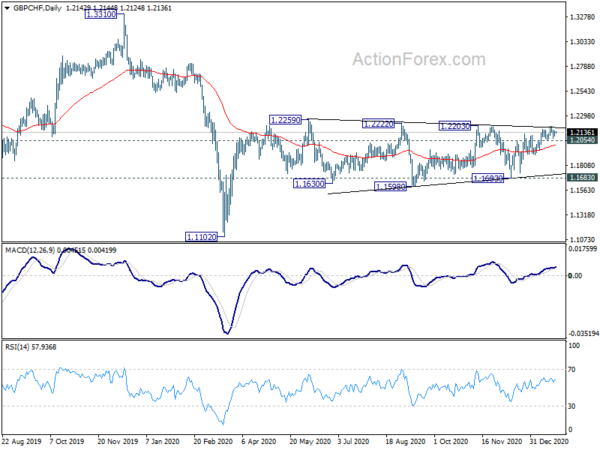 US 10 year yield dived on stimulus concern, heading back to channel support

US 10-year yield dropped sharply overnight as concerns surfaced over the passage of President Joe Biden’s USD 1.9T pandemic relief proposal in Congress. Senate majority Leader Chuck Schumer would try to push through some measures in early February. But a comprehensive deal may be four to six weeks away. But he admitted, “will it be easy in the Senate? No”.

Democrats only have slim 50-50 control in the Senate thanks to Vice President Kamala Harris’ tie-breaking vote. Opposition to the bill was voiced by some moderate Republicans and some Democrats.

10-year yield closed down -0.051 to 1.040. The rejection by near term channel resistance is now clear. TNX will likely pull back to wards channel support, which is close to 55 day EMA at 0.9581. Nevertheless, there is no threat to the up trend yet as long as the channel holds. Another rise towards 1.266 resistance is still in favor at a later stage.

BoJ minutes: Developments in FX and other markets continued to warrant attention

Minutes of BoJ’s December 17-18 meeting showed some discussions on the topic of exchange rates. Some members noted that ” U.S. dollar continued to depreciate moderately against the yen as part of its depreciation trend against a wide range of currencies, and that developments in the foreign exchange and other financial markets continued to warrant attention.”

One of these members added “recent improvement in market sentiment had been partly driven by expectations for vaccines” and the member was closely monitoring stocks market developments. One member noted ” future developments in the U.S. credit market warranted attention, since market participants had been actively conducting risk-taking activities.”

On policy, “members agreed that the Bank would closely monitor the impact of COVID-19 and not hesitate to take additional easing measures if necessary.” Most members shared the view that, “as for policy rates, it would expect short- and long-term interest rates to remain at their present or lower levels.”

South Korea’s GDP grew 1.1% qoq in Q4, above expectation of 0.7% qoq. Momentum of the recovered was dampened, comparing to Q3’s 2.1% qoq, by second wave of coronavirus pandemic. Though, strong exports, which grew at 26-month high of 12.6% yoy in December, offset some weakness in private consumption. For the whole year, GDP contraction was limited to just -1%.

Analysts are also expecting a solid year for South Korea in 2021. Vaccination roll-outs to be started in February should reduce the need for restrictions and stimulate local demand. Return of global growth and 5G deployment would also support exports from Q2 onwards. Economists are expectation around 3% GDP growth this year.

UK employment data will be the main focus in European session. US will release house price indices and consumer confidence later in the day. 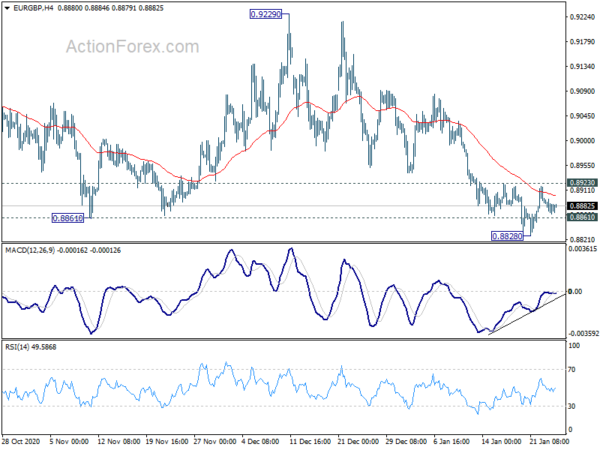 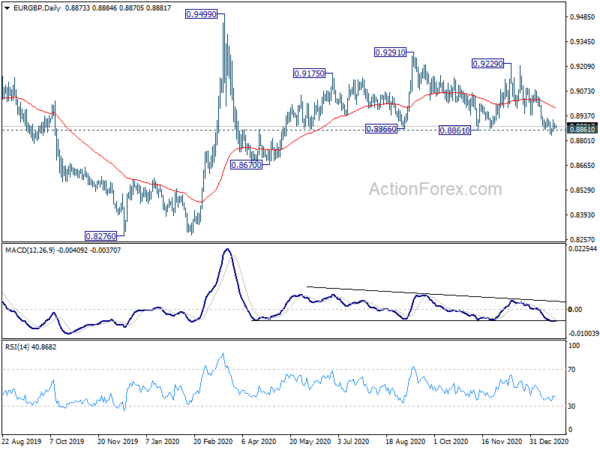