Markets are generally in deep risk-off mode today, as China property fears spread from Hong Kong stocks to European to US. Yen remains the strongest one as rally extends, which Swiss Franc is trying to catch up. Dollar is is losing some ground but stays much better than others. Canadian Dollar is currently the worst performing, as WTI oil is back pressing 70 handle. Aussie is the second worst while Sterling is the third.

Technically, DOW is ready to gap down today and could have a first test on 33741.16 structural support. We’d see DOW would dive through this support level within a few day. If that happens, the stage would be set for a deeper correction, to up trend from 26143.77 to 35631.19, towards 38.2% retracement at 32006.99 at a later stage. And, such development would likely be accompanied by downside breakouts in Yen crosses. 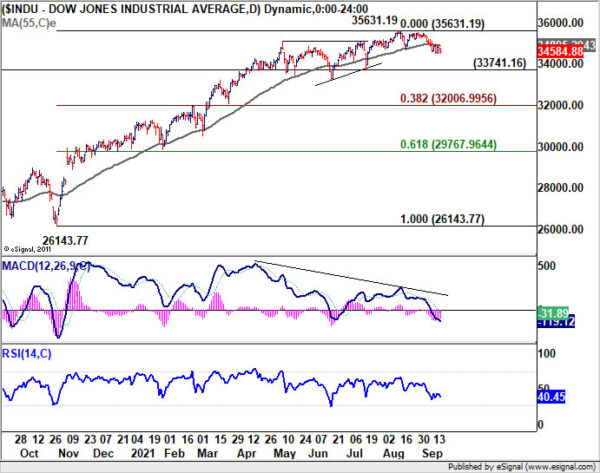 ECB Schnabel: Asset purchases will remain crucial in the time to come

ECB Executive Board member Isabel Schnabel said in a speech, “asset purchases were an “indispensable monetary policy instrument during times of market stress and economic downturns”. It also helped to “bolster confidence and shore up the economy and the inflation outlook” after calming the markets.

“As economic conditions begin to normalise and the inflation outlook improves,” she said, “there is a gradual shift in the way asset purchases benefit the economy as the portfolio rebalancing channel makes way for the signalling channel.”

“Asset purchases can increasingly serve as a powerful commitment device, reinforcing forward guidance and reducing uncertainty around the future course of monetary policy.”

She concluded, “given the remaining uncertainty regarding the pandemic and the economic and inflation outlook, our asset purchases – both under the PEPP and the APP – will remain crucial in the time to come, paving the way out of the pandemic and towards reaching our inflation target.”

CAD/JPY to retest key support zone at 88.5/6 with downside acceleration

CAD/JPY follows other Yen crosses lower today, with downside acceleration. Near term outlook is kept bearish by prior rejection from 55 day EMA. The fall from 91.16 is probably ready to resume through an important support zone. 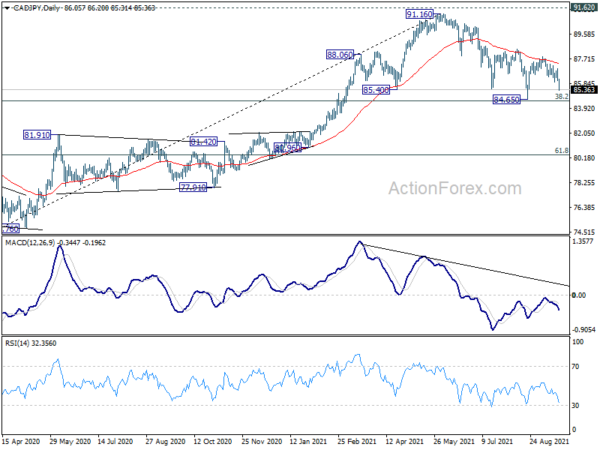 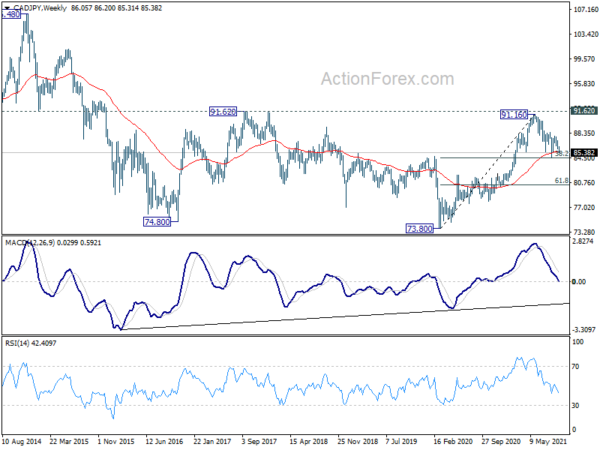 GBP/JPY’s decline accelerates today and intraday bias stays on the downside for 148.43/149.16 key support zone. Decisive break there will resume whole fall from 156.05 to 143.78 fibonacci level. On the upside, above 150.80 minor resistance will turn intraday bias neutral first. 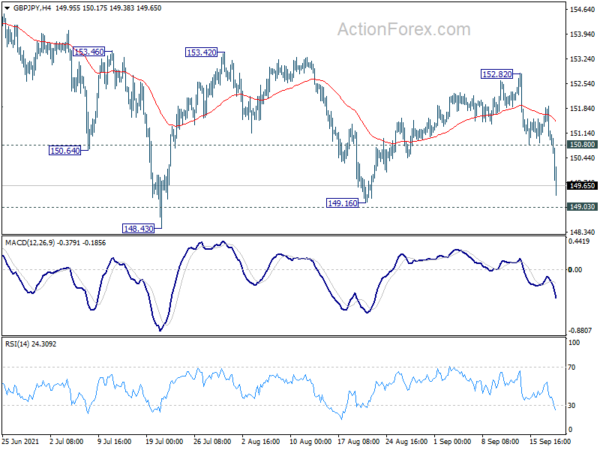 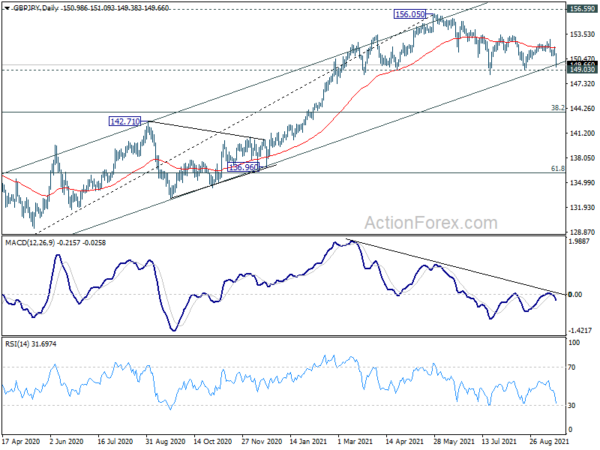