Dollar recovers broadly today as the weekend passed without any geopolitical events. But the greenback is slightly out-performed by Canadian Dollar. Meanwhile, Swiss Franc and Yen trade broadly losing, paring some of last week’s risk aversion gains This pattern is also seen in other markets as gold is back pressing 1340 handle after hitting as high as 1362.4 last week. Economic calendar is rather light today and the forex markets will likely engage in some more consolidative trading. Nonetheless, more key events are scheduled for the week ahead including UK inflation, BoE and SNB meeting.

Geopolitical tensions showed signs of temporary moderation as North Korea had not launched another missile test on September 9, the founding anniversary of the country. However, the US submitted a draft resolution to the UNSC last Friday proposing to add new sanctions against North Korea. The US is pushing to vote for the notion as UNSC members meet today. The US and Japan have been pushing for harsher sanctions against the hermit kingdom. On the other hand, China and Russia, the two UNSC veto powers besides the US, the UK, and France, are reluctant to impose tougher measures, let alone military intervention. North Korea has warned that the US has to pay the price for strengthening sanctions.

In US, hurricane Irma made landfall Sunday as forecasted. According to AccuWeather, the damage from Irma could be at around USD 100b, among the costliest hurricanes of all time. And that is 0.5% of GDP of USD 19T. Damage of hurricane Harvey is estimated to be even worse at USD 190b, at nearly 1% of GDP. Together, the damages could be up to USD 190b, at 1.5% of GDP. Also, this is the first time two Category 4 hurricanes have hit US in the same year.

In UK, eyes will be on a parliamentary vote of the so called Brexit "Repeal Bill" today. In short, the bill seeks to copy and paste EU laws into UK legislation so that UK will have the same functioning laws and regulatory framework at the time of Brexit. Brexit Secretary David Davis warned that a vote against the bill is "a vote for chaotic exit from the European Union". And he emphasized that "businesses and individuals need reassurance that there will be no unexpected changes to our laws after exit day and that is exactly what the repeal bill provides. Without it, we would be approaching a cliff edge of uncertainty which is not in the interest of anyone." The government will need to secure the votes today to move on to the next phase of the legislation process. Opposition Labour Party has already indicated that they will vote against unless there are concessions.

In China, the PBoC will unwind the rules on forex exchange forward reserve requirements that were implemented back in 2015. Back then the Renminbi exchange rate suffered prolonged depreciation after the devaluation in August 2015. The implementation of 20% reserve requirement was a move to halt the unwanted speculation in the exchanged rate. Effective today, the requirement is cut down to 0%. The move is seen by the markets as the government is adopting a more liberalized approach to Yuan trading. And it’s also an act to soften restriction on capital outflow. Released over the weekend, China CPI accelerated to 1.6% yoy in August, up from 1.4% yoy. PPI slowed to 5.4% yoy, below 5.5% yoy.

UK CPI, BoE and SNB to highlight the week

Looking ahead, it will be a particular big week for Sterling. UK inflation data to be released on Tuesday will be the first to watch. CPI is expected to climb back to 2.8% yoy in August. Tamer than expected inflation reading has cooled the speculations of an early rate hike by BoE. Indeed, there are talks that inflation would not even touch 3% level. Baring any upside surprise, BoE will likely remains on hold until the Brexit picture becomes clear. And talking about BoE, the monetary policy decision to be delivered on Thursday will be a major focus too. While the central bank is widely expected to keep bank rate and asset purchase target unchanged, attention will be on the vote split. In particular, eyes will be on whether hawks Michael Saunders and Ian McCafferty would change their mind.

SNB rate decision will be another major focus too. The Swiss franc suffered steep selling back in July but it has then stabilized. Indeed, rising geopolitical tensions have given the Franc a lift recently. SNB chairman Thomas Jordan has also indicated his cautious stance earlier this month. He emphasized that "it doesn’t make any sense to jeopardize the recovery by tightening our monetary policy." And, the selloff and Franc back earlier just reduced the "significant overvaluation. And, situation in the exchange rate "remains fragile". He doubted if " the short-term movements we see in the markets are sustainable."

Elsewhere, US inflation data will be another key focus of the week. Australia employment and a batch of China data on Thursday will also be watched. 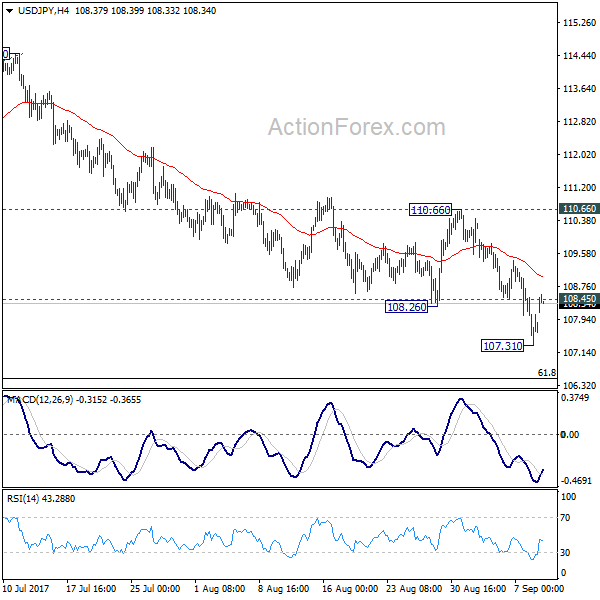 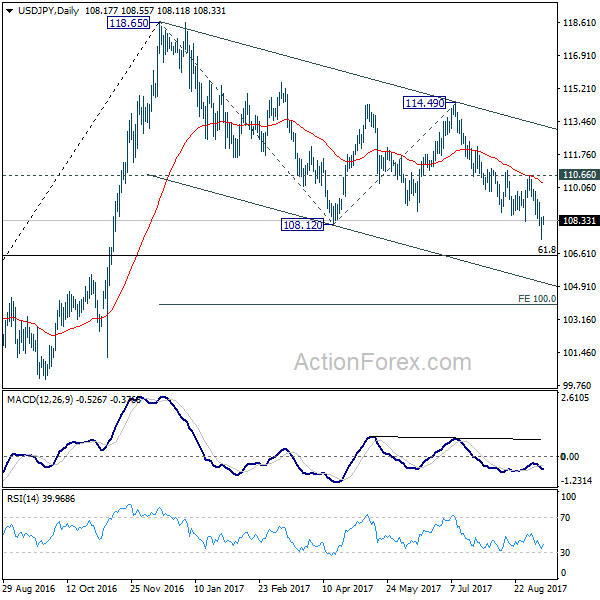