The forex markets turn quiet in Asian session today. While DOW surged to new record high overnight, S&P 500 and NASDAQ closed slower. Asian markets are also mixed. Investors are holding their bets for now, awaiting FOMC minutes and, more importantly, US non-farm payrolls later in the week. For now, Yen remains overwhelmingly the worst performer following strong rally in treasury yields. Sterling is the strongest one with help from buying against Euro. Dollar is the second strongest it’s still stuck in range except versus Yen.

Technically, we’ll keep an eye on GBP/USD for the next few days. It’s now closely a key resistance zone between 1.3570 and channel resistance at 1.3606. We’re seeing corrective fall from 1.4248 as complete with three waves down to 1.3158, after hitting 1.3164 medium term fibonacci level. Sustained break of the mentioned resistance zone will solidify this bullish case. However, rejection by the resistance zone will revive near term bearishness for another test on 1.3164. Sterling trade could make up their minds soon. 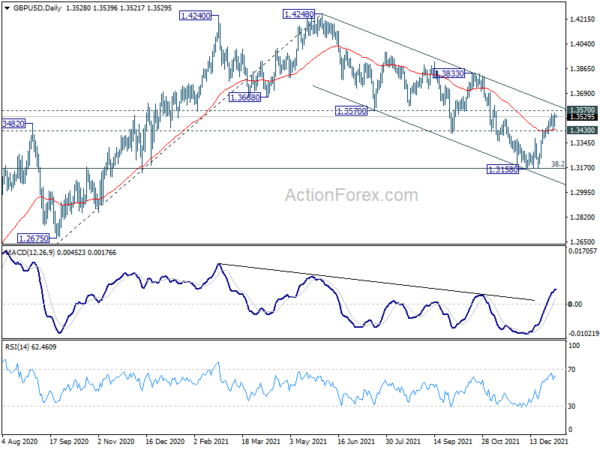 Fed Kashkari: Threshold for rate hike could be met with Apr 2022 inflation data

Minneapolis Fed President Neel Kashkari said in an essay that he supported Fed’s decision to increase the speed of tapering back in December FOMC meeting. Also, it brought forward two rate hikes into 2022 because “inflation has been higher and more persistent than I had expected.”

Kashkari added, he’d prefer the forward guidance to commit to keeping federal funds rate at effective lower bound “until 12-month core PCE had exceeded 2 percent for 12 months.” Based on this criteria, “the test that I preferred will likely be met when the April 2022 data are released the following month”. The “threshold” (not trigger) for lift off would then be met.

Minutes of the December FOMC meeting will be a major focus today. Back then, Fed decided to speed up tapering and end it in March instead of June. Also, the new projections saw three rate hikes this year. The markets would like to see more in-depth information an related discussion, and hints on the timing of the first hike. Currently, Fed fund futures are already pricing in nearly 60% chance that federal funds rate will be raised to 0.25-0.50% and above in March. 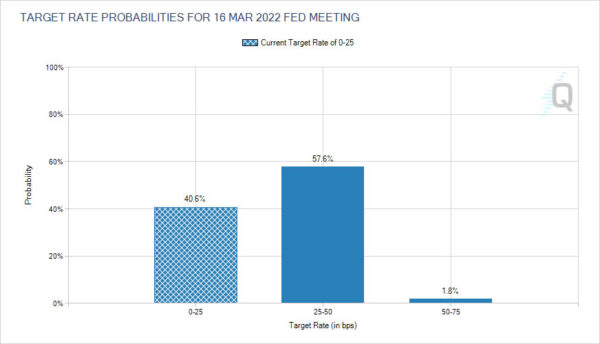 Dollar index is staying well in range of 95.51/96.93, much reflecting the movements in EUR/USD. With 95.51 support intact, further rally is expected in DXY, and an upside breakout could come as soon as a reaction to non-farm payroll report this week. A set of strong job numbers could easily push DXY through 61.8% retracement of 102.99 to 82.0 at 97.72. In the case, 100 handle would be within reach very soon. 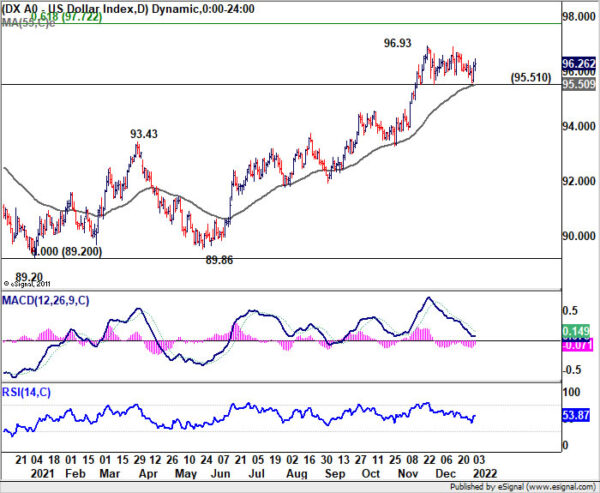 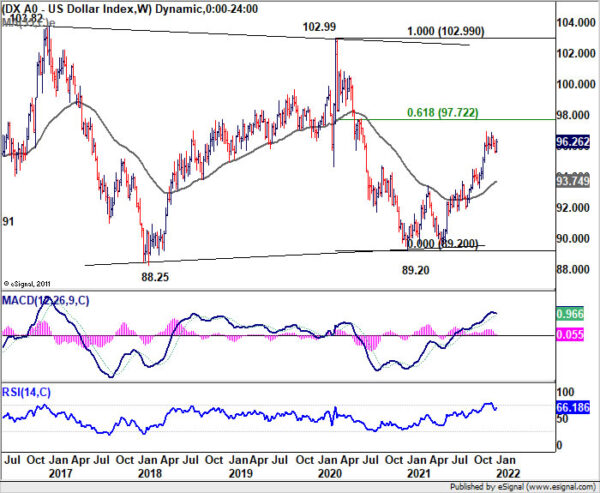 Gold resilient, back above 1800 after brief dip 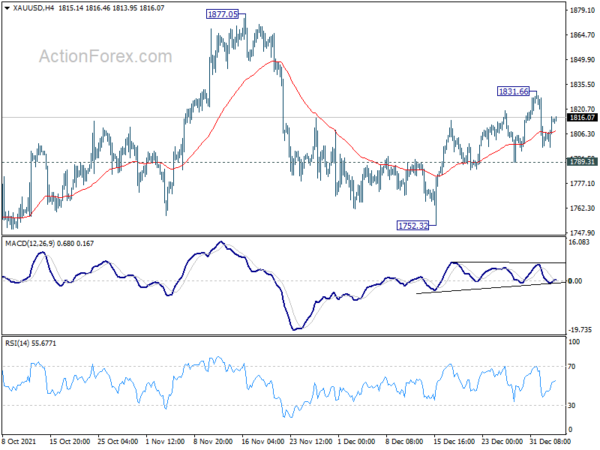 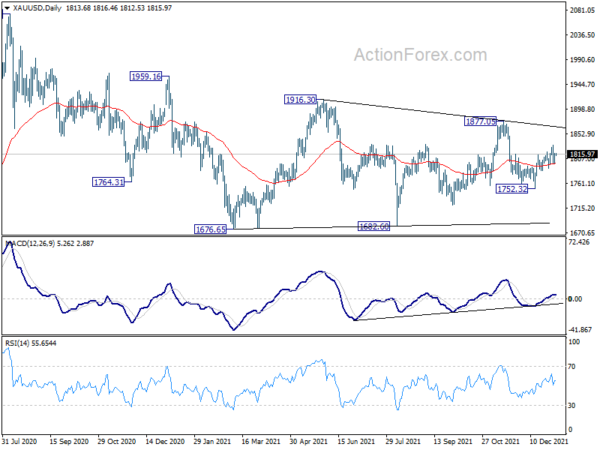 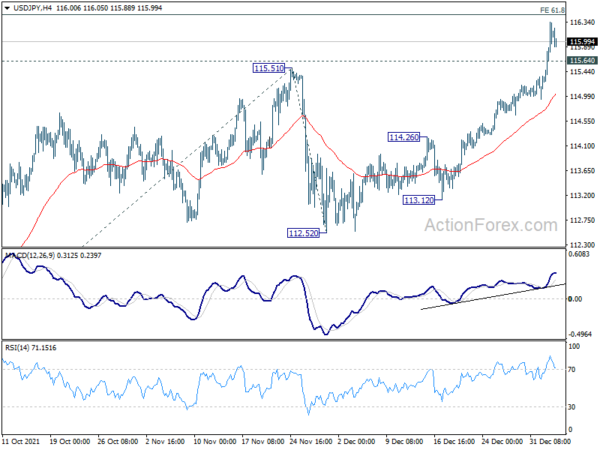 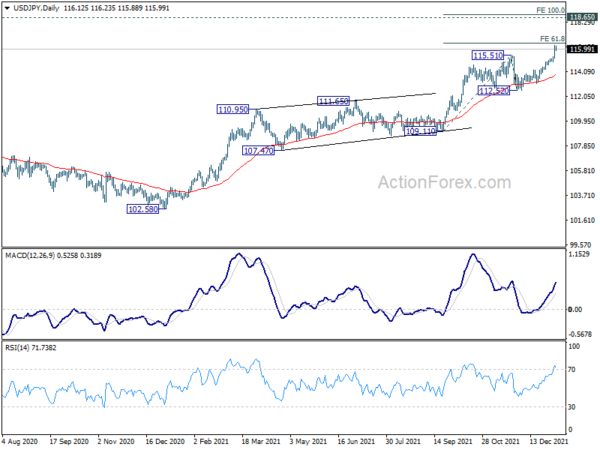