Euro remains in the spotlight in Asian session, as post-ECB rally is extending. Dollar is particularly in pressure as markets are awaiting disappointment from non-farm payroll job data. Yen is currently the second weakest for the week, following the greenback. Aussie is the second strongest, next to Euro, followed by Kiwi. Focuses will turn to non-farm payroll report from the US today, and the reactions from stocks, yields and currencies.

Technically, EUR/GBP’s break of 0.8421 resistance, as well as 55 day EMA, now raises the chance of major bottoming at 0.8282, just ahead of 0.8276 key long term support. Further rally should at least be seen towards 0.8598 resistance to have a test on it. EUR/CHF’s break of 1.0510 resistance also indicates medium term bottoming at 1.0298. Now, focus will be on 1.1482 resistance in EUR/USD. Firm break there will align with the bullish outlook in Euro. 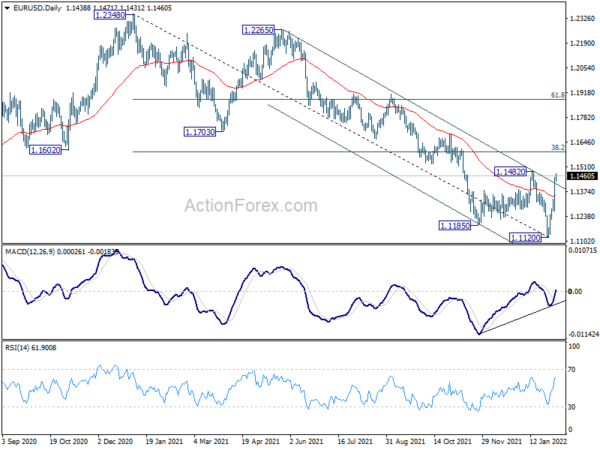 Richmond Fed President Thomas Barkin in a Reuters interview, “it is a straightforward call to say we ought to get rates back into better position. It does not feel to me like there is enough information to say holy cow we have to restrain the economy right now.”

Barkin added that the federal funds rate should be raised back to where it was just before the pandemic, that is, a range of 1.50-1.75%. “Pre-pandemic levels are the place to reassess. Where we were pre-pandemic was under every member of the (Federal Open Market Committee’s) assessment of where neutral was,” he said.

“Then we can look around and say do you want to then start to move into the range … where we are starting to restrain?”

BoJ Governor Haruhiko Kuroda told the parliament today that inflation remains subdued in Japan because of the delay in recovery from pandemic, the public’s deflationary mindset and firms’ assumption that prices won’t rice much.

“In Japan, nominal wages haven’t risen much. It’s hard to see inflation sustainably reach our 2 per cent target unless wages rise in tandem with prices,” he said.

US non-farm payroll report is a major focus today. Markets are expecting 150k job growth in January. Unemployment rate is expected to stay unchanged at 3.90%. Average hourly earnings are expected to grow 0.50% mom.

Looking at related economic data, ADP private job was a big disappointment with -301k losses. ISM manufacturing employment ticked up from 53.9 to 54.5. ISM services employment dropped from 54.9 to 52.3. Four-week moving average of initial jobless claims rose from 205k to 255k. All in all, there are prospects of downside surprise in today’s NFP readings, except wages growth.

Dollar index had a steep decline this week, thanks to the strong rebound in EUR/USD. The question now is on whether long term fibonacci level of 61.8% retracement of 102.99 to 89.20 at 97.72 is too much for DXY to overcome. Sustained break of trend line support at around 95.00 will argue that a medium term top was formed at 97.44, on bearish divergence condition in daily MACD. In this case, DXY would likely drop through 94.62 towards 93.43 resistance turned support before finding a bottom. Reactions to today’s NFP could guidance the direction for the rest of the quarter. 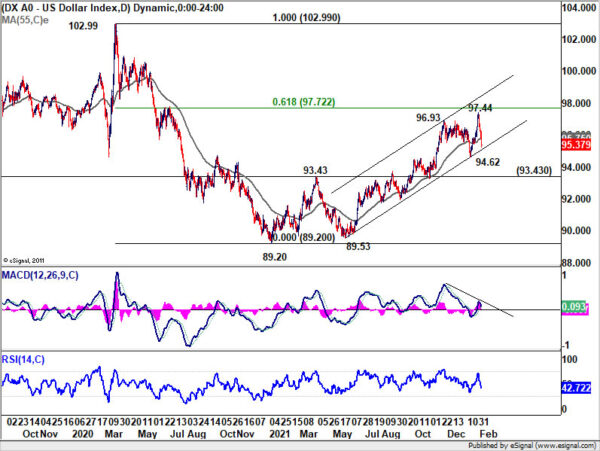 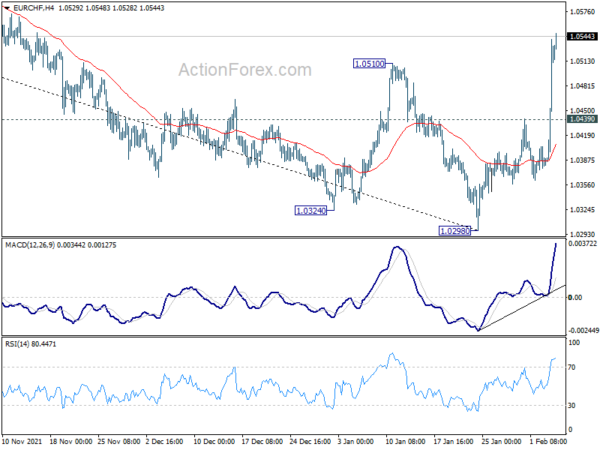 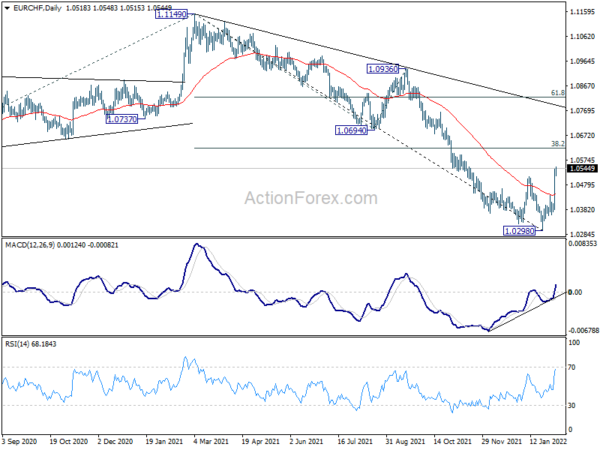