Overall, the forex markets are pretty much staying in range, except for a few. Aussie and Kiwi are the weaker ones for the week, as weighed down by negative sentiment, as well as falling commodity prices But Dollar isn’t too far behind, following the pull back in treasury yields. Swiss Franc and Sterling are the relatively stronger ones, together with Euro. Gold is trading in range while oil price is gyrating lower. Stocks lack committed buying for a sustainable rebound.

Technically, EUR/CHF is extending recent fall from 1.0512 but there is no follow through selling yet. Near term outlook is bearish for retesting 0.9970 low. But break of 1.0214 resistance will bring another rebound to the sideway pattern from 0.9970. The next move in EUR/CHF could be indicative to what next for EUR/USD and EUR/GBP. 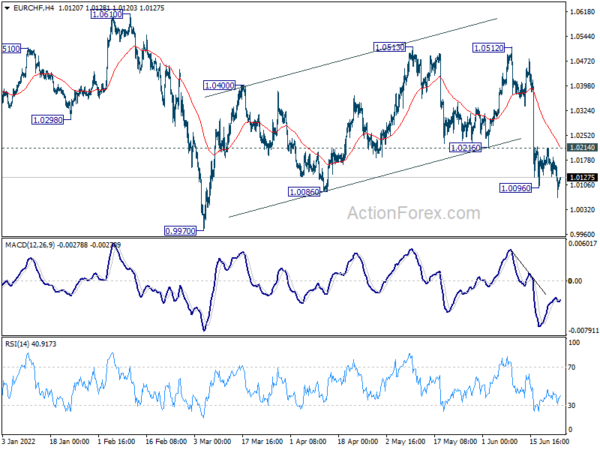 But Deputy Chief Cabinet Secretary Seiji Kihara warned in the press conference, “we think it is necessary to pay close attention to the downside risks of the economy such as pushing down private consumption and corporate activities.”

Joe Staton, Client Strategy Director, GfK says: “With a headline score of -41 for June, the GfK Consumer Confidence Barometer has set a record low for the second successive month…. The consumer mood is currently darker than in the early stages of the Covid pandemic, the result of the 2016 Brexit referendum, and even the shock of the 2008 global financial crisis, and now there’s talk of a looming recession.”

UK retail sales and Germany Ifo business climate are the major focuses in European session. Later in the day, US will release new home sales. 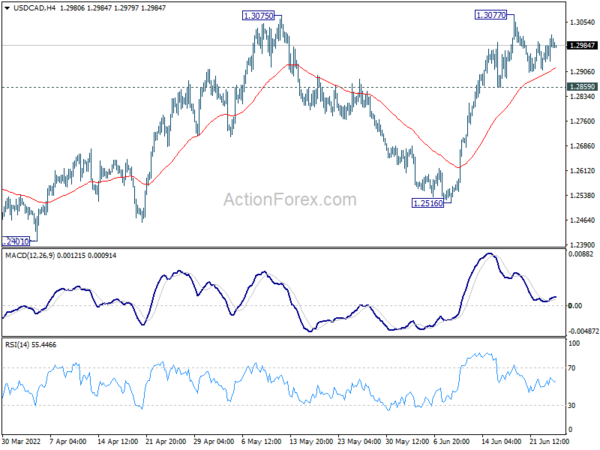 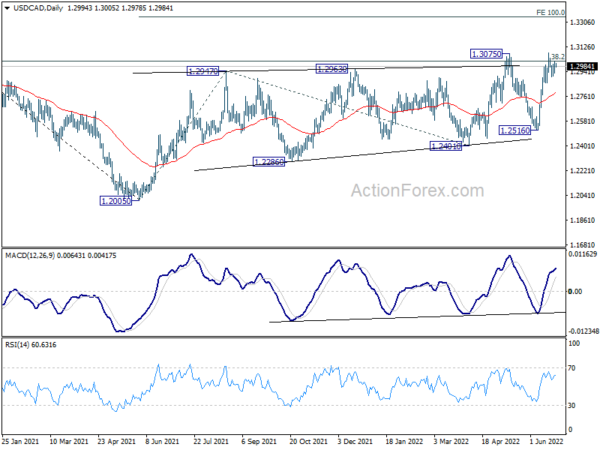