BoJ on hold as widely expected

BoJ left monetary policies unchanged today as widely expected. Policy makers voted 7-2 to keep the Yield Curve Control unchanged. Short term policy rate is held at -0.1%. And BoJ will continue asset purchase at JPY 80T per annum. T. Sato and . T. Kiuchi voted against the decision. Regarding the economy, BoJ noted that it has "continued its moderate recovery trend", "exports have picked up". BoJ is optimistic that "Japan’s economy is likely to turn to a moderate expansion." Risks to outlook include development in US and Fed’s rate hikes, emerging economies, the consequences of Brexit.

SNB and BoE to hold

SNB is widely expected to keep the site deposit rate unchanged at -0.75% today. Meanwhile, the Libor target range would be held at -1.25% to -0.25%. The Swiss franc has been rather sensitive to political uncertainties in Europe as it gyrated higher against Euro since last September. But EUR/CHF is so far holding above 1.06 for the moment and the rebound since February should give SNB policy makers some relief. It’s believed that SNB won’t act unless they see the risk of persistent appreciation in Franc’s exchange rate.

BoE is also widely expected to keep monetary policies unchanged. That is, the benchmark interest rate to be held at 0.25%. The asset purchase target will also be kept at GBP 435b. The decisions should also be made with unanimous 9-0 vote. The depreciation in Sterling’s exchange rate in the past year has given BoE much room for not loosening monetary policies further. It’s generally expected inflation would continue to climb this year and could overshoot BoE’s target briefly. And policymakers expressed their tolerance on that already. There has been some speculation of a BoE hike in early 2018. But that is very much subject to the development for the rest of the year, as Prime Minister Theresa will trigger Brexit negotiation this month.

Both Aussie and Kiwi pare some gains against Dollar after weak economic data. The Australian economy lost -6.4k jobs in February, much worse than expectation of 16.3k growth. Unemployment rate jumped 0.2% to 5.9%, above expectation of 5.7%. That’s also the highest rate in more than a year. Contraction in job markets was led by -33.5k loss in part-time jobs. The 27.1k rise in full-time jobs couldn’t make up the number. Some economists noted that there is basically no inflationary pressure from the labor market and wage growth. Meanwhile, further surge in unemployment rate could pressure the RBA for a rate cut despite facing bubbling in the housing markets. Also from Australia, consumer inflation expectation dropped to 4.0% in March.

New Zealand GDP rose only 0.4% qoq in Q4, slowed from prior quarter’s downwardly revised 0.8 qoq. It also missed expectation of 0.7% qoq. The earthquake near Kaikoura back in November is seen as a factor skewing the data. But StatsNZ didn’t directly mention any disruption to activity due to that earthquake. Meanwhile, weakness in manufacturing, which contracted by -1.6%, has trimmed -0.2% from GDP growth. For 2016 growth averaged 3.1%, which was an improvement over 2.5% in 2016. That’s also the second straight year of above 3% growth. 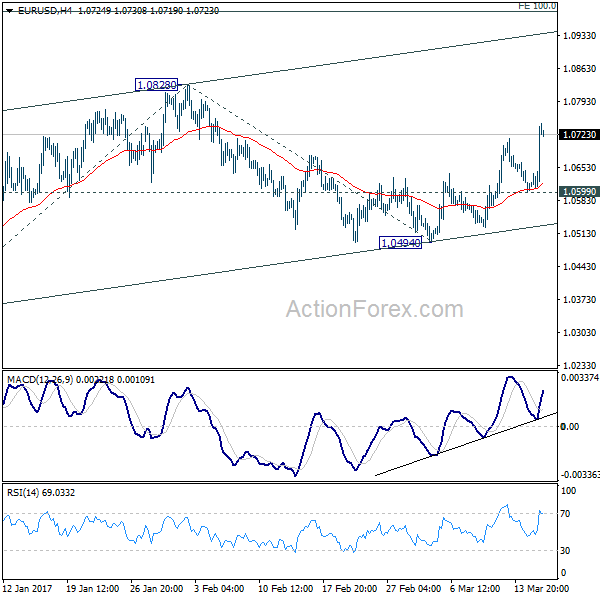 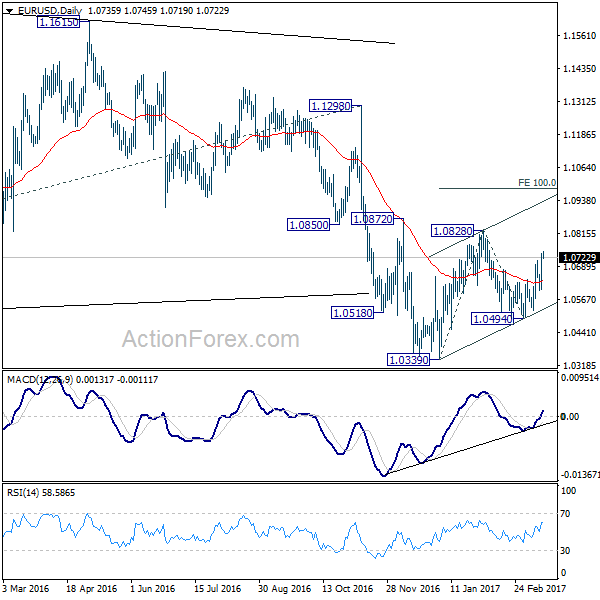