The forex markets are relatively quiet today as the week is heading to a close. There have been talks about Euro strength around. While the common currency did jump against Dollar, it’s indeed the second weakest major currency for the week. There are speculations that ECB could lift interest rate before ending the quantitative easing program. There are also talks that results of the Dutch elections showed a defeat for populism and anti-Euro sentiments. However, the lifts from those factors to Euro were rather brief. Cross price actions could be a factor as the currency markets are always a tug war of relative strengthens. But in such situations, we’ll always look at EUR/CHF for more guidance on the performance of Euro.

The strong rebound in EUR/CHF last week triggered our bullish view that the medium trend in the cross is reversing. However, the sharp decline since hitting 1.0823 earlier this week is quickly dampening this view. In particular, the rebound from 1.0689 support looks rather short lived. The pair is heading back to this near term support level as and could have a break on it before weekly close. From another angle, EUR/CHF breached 55 week EMA (now at 1.0809) for just a very brief period of time. The rejection from this falling EMA indicates that underlying bearishness is persisting. We’ll pay close attention to the overall developments in related Euro pairs. But for now, it’s getting likely that EUR/CHF will revisit 1.0620 key support level again next week. And that could be accompanied by weakness in EUR/GBP and EUR/AUD. 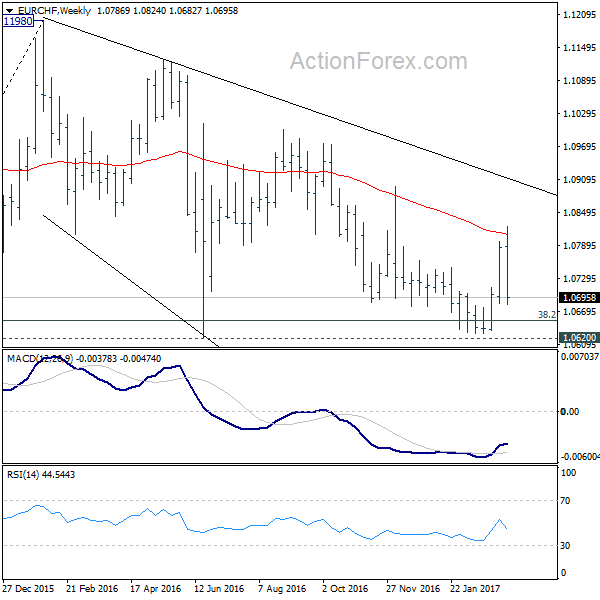 The strength in Sterling would have been seen as a surprise before BoE announcement. But policymaker Kristin Forbes’ vote rate hike now suggests that there is realistic, even still remote, chance of a hike around early 2018. The announcement was also well received by other investors. FTSE 100 closed at record high yesterday and is pushing for another one today. It’s still very earlier to talk about a reversal in the pound’s trend. But the developments suggest that things are not as bad as it seem in UK in spite of Brexit and the talks about another Scottish referendum.

G20 meeting watched over the weekend

G20 meeting in Baden-Baden, Germany will be a focus for the weekend. German Finance Minister Wolfgang Schaeuble said the group is yet to have consensus of global trade and open markets. He said that "I don’t know the exact wording but nobody has raised the issue of protectionism yet and I don’t believe that we have to deal with this a lot." And, "it’s about finding the right wording, it’s about how we phrase the openness of the world trade system in the final communique." 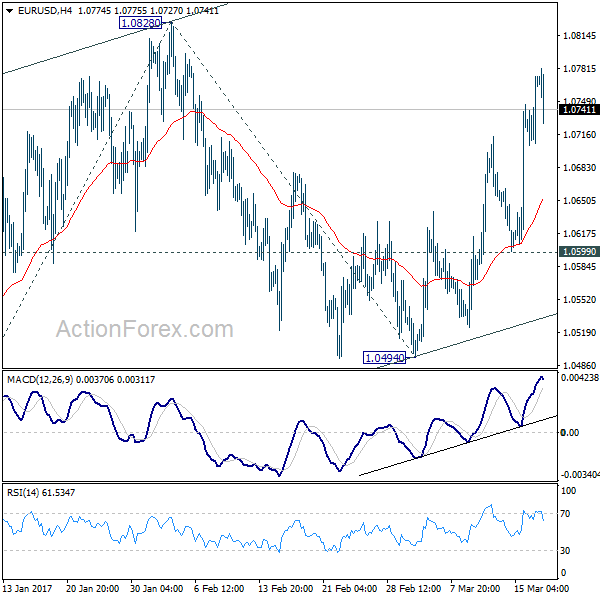 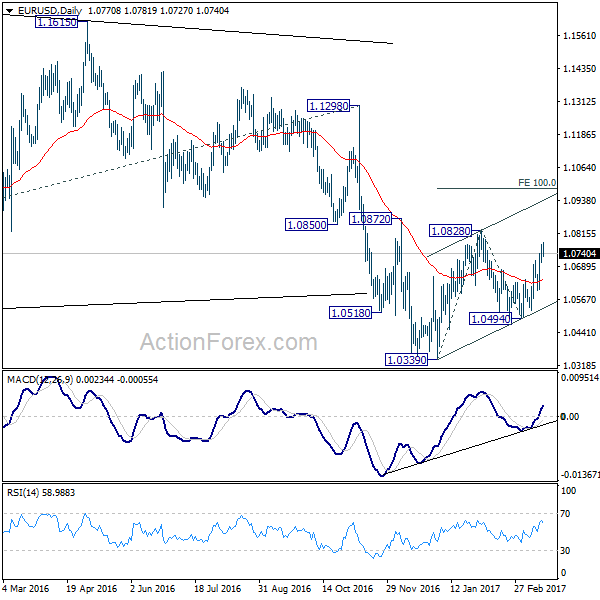