The Senate’s version of tax plan was finally released yesterday. And it’s confirmed that Senators proposed to delay the corporate tax cut from 35% to 20% in 2019. That’s a year later than what the House proposed, that is 2018. There are also differences in some key aspect. To name a few, Senate prefers to set up a top individual rate of 38.2%, instead of House’s 39.6% which is unchanged. This carries symbolic meaning of lowering taxes for the richer. Senate’s version also repeals the deductions for state and local taxes. Some see the differences as significant and could set up a long process of reconciliation.

The House Ways and Means committee passed its tax bill yesterday, setting it up for a full House vote as soon as next week. Senate will hold hearings on the bill next week. And the Senators are targeting to pass it a week after Thanksgiving. After passing the bill in Senate, the two chambers will try to close the gaps in a process known as a conference committee.

ECB Executive Board member Benoit Coeure acknowledged that the expansion in Eurozone economy is becoming more balanced and robust. But he noted that "this recovery is carried in no small part by monetary policy and the exchange rate and equally by low commodity prices." And, he emphasized that "these factors won’t last forever" and "if we accept this, the states of the euro zone will find themselves unarmed when the next crisis arrives." He urged to "build up new firepower and for that we need reforms."

Separately, Governing Council member Francois Villeroy de Galhau said that "Euro-area growth will be sustained in the next two years thanks to strong investment and thanks to increased convergence among countries." And,  "this forecast, including a positive but still subdued inflation, confirms the adequacy of the gradual normalization of our monetary policy we are engaged in." He referred to the European Commission forecast that growth is accelerating to 2.2% this year.

Another Governing Council member Philip Lane said that "if we have enough signals, we can get active and move on" with monetary policy. And he emphasized that "our monetary policy does not always have to follow such a gradual and incremental approach as it is currently the case." And, "inflation doesn’t have to reach our goal before we discuss changing our policy." Nonetheless, he also acknowledged that "inflation must be clearly on the way towards this goal. At the moment this is not the case."

In UK, Brexit Secretary David Davis is going to propose an amendment to the EU Withdrawal Bill in the Parliament next week. He suggests to making "crystal clear" that the departure will take place at 11 p.m. GMT, on March 29, 2019. Davis said that "we’ve listened to members of the public and Parliament and have made this change to remove any confusion or concern about what ‘exit day’ means". And, "this important step demonstrates our pragmatic approach to this vital piece of legislation — where MPs can improve the Bill, whatever their party, we will work with them."

RBA’s Statement of Monetary Policy showed that the central bank is expecting accelerating growth but sluggish inflation ahead. Thus, it’s likely to maintain a neutral stance to keep the cash rate unchanged at record low at 1.5%. Here is a summary of changes in projections:

Japan M2 rose 4.1% yoy in October. UK productions will be the main focus in European session. Trade balance and construction output will also be released. US will release U of Michigan sentiment. 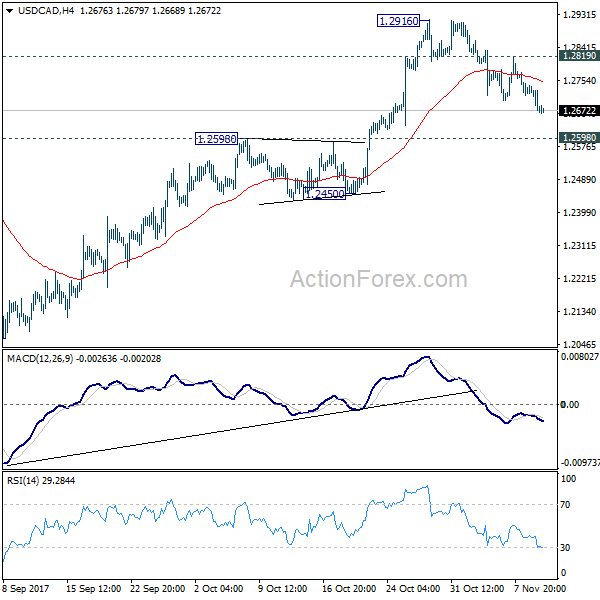 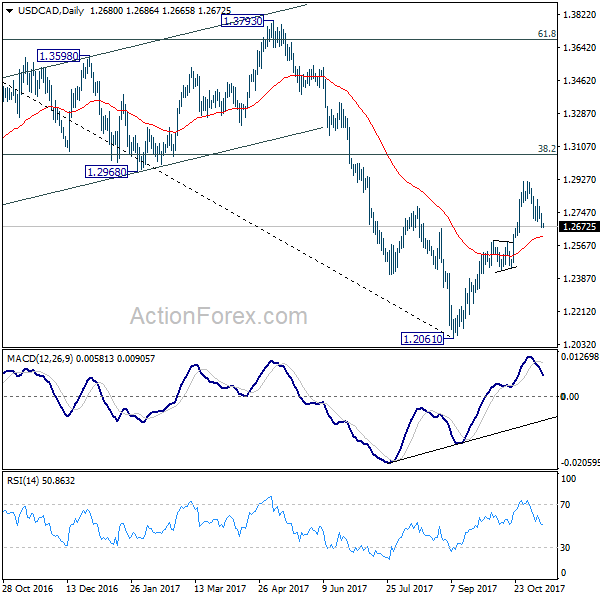