The US markets responded positively to the passage of the tax bill in House and in Senate Finance Committee. DOW jumped 187.08 pts, or 0.8% to close at 23458.36. Technically, it defended 23251.1 key near term support and maintained bullishness. Focus is back on historical high at 23602.1. NASDAQ has indeed made new record at 6806.67 before closing at 6793.29, up 1.3%. 10 year yield also showed some resilience and ended up 0.026 at 2.361, keeping itself well above 2.304 key support. In the currency markets, Dollar remains generally soft, though, except versus Aussie and Kiwi. Euro and Yen would probably end the week as the strongest ones.

The House passed its version of tax reform bill with a 227-205 vote. The outcome had been widely anticipated as Republicans control 240 out of 435 seats there. Despite the passage of the bill, there were 13 Republicans who did not vote for the bill. Many of them defected as they were dissatisfaction with the elimination of some tax deduction. The House bill eliminates the deduction for state and local income taxes, but preserves the deduction for property tax up to US$ 10k. Yet, the partial preservation was not sufficient for the policymakers from high-tax states such as New York and New Jersey, and California and North Carolina.

The House is presumably the easier hurdle for the tax reform bill. The next is the Senate. The Senate Finance Committee also approved the their version of tax bill yesterday, with 14-12 vote. The bill is expected to be considered on floor the week after Thanksgiving. Given the slim majority of Republicans in the senate, there is little margin for error. They could only afford to see two defections, one filled up by Ron Johnson already. Susan Collins has also expressed some concerns. Meanwhile, it should also be noted that there are some major differences between the House’s version and the Senate’s version. And the reconciliation effort is huge.

San Francisco Fed President John Williams continued his push for rethinking global monetary policies. He noted that the major economies of the world are all facing slower growth and lowest interest rates. And there is a need to expand to toolkits to prepare for the time when stimulus is needed. He said that "we will all be better able to contain the next economic recession if we develop approaches that succeed even when many countries are simultaneously constrained by the lower bound." Interest rate was the traditional convention tool. Then there were asset purchases and forward guidance, widely used in recent recession. Some countries adopted negative interest rates. And Williams also tried to push so called price-level targeting and also nominal-income targeting. He said that "each of these alternatives has significant advantages and disadvantages, which need further careful study and discussion."

Regarding the current situation, Williams support another hike in December. He said that "my view is that a perfectly reasonable path for policy would be one more increase this year, and three next year."

Dallas Fed President Robert Kaplan said his is "very open-minded" about "considering taking a next step in removing accommodation at upcoming meetings." He pointed out that unemployment at 4.1% is expected to fall further in a "deviation" from Fed’s full employment mandate. And, "if the deviation on the full employment gets big enough that would be, for me, enough of reason to still remove accommodation, take another step." And, "prudent risk management means some action to remove accommodation gradually and patiently". He also emphasized that "it’s not that you have see you are meeting both, then you move", regarding Fed’s dual price and employment mandate.

ECB Governing Council member Francois Villeroy de Galhau said that "we will clearly follow this path of gradual normalization, with caution but combining the whole range of our instruments – and there shouldn’t be excessive focus on the net purchases of assets." He added that "monetary policy cannot be the only game in town, and therefore we should not overburden it,"

UK Brexit Secretary David Davis said that it’s "incredibly unlikely" there will be a no-deal Brexit. And he hopes that the next round of negotiation with EU will start before Christmas. But he also warned not to "politics above prosperity" in the post Brexit relationship with EU. Davis would want to seek a "deep and comprehensive free trade agreement" with EU. And continue "continued close cooperation in highly regulated areas such as transport, energy and data". 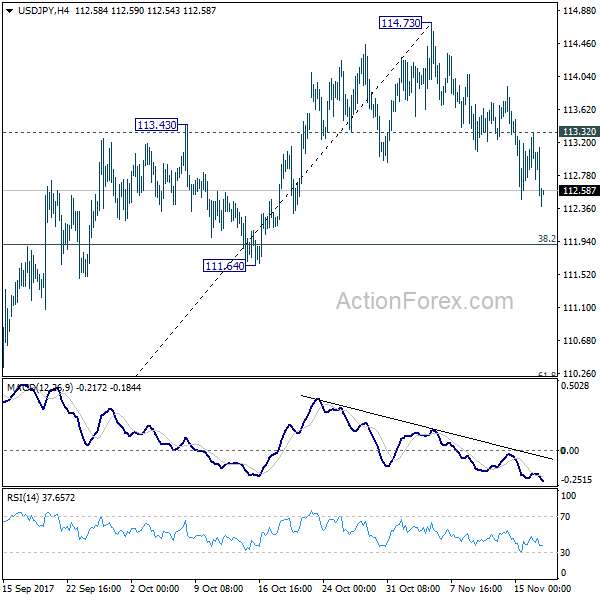 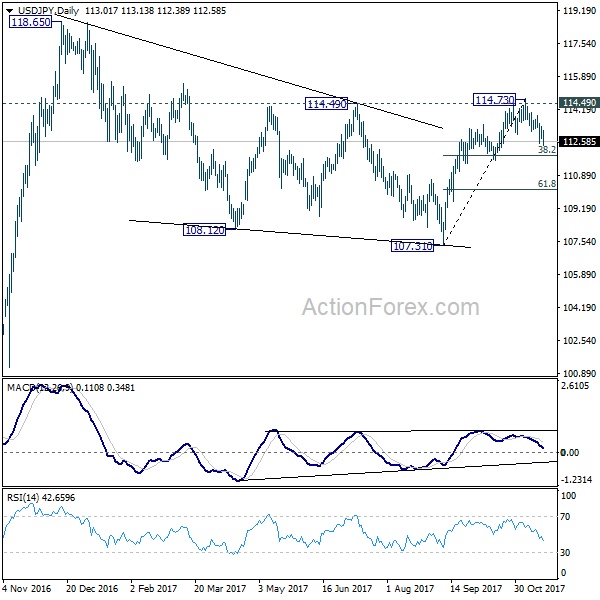