US equities suffered the steepest decline for the year overnight. Doubts over US president Donald Trump’s ability to push through his policies are seen as the major factor driving stocks down. In particular, some economists pointed out that there is simply not enough money in the government to allow for a tax cut, nor the fiscal stimulus programs. DJIA dropped -237.85 pts, or -1.14% to close at 20668.01. S&P 500 lost -29.45 pts or -1.25% to close at 2344.02. Financials led the way, dropping more than -2.5%. Treasury yield also suffered with 10 year yield extending the near term fall from 2.615 to close at 2.436, down -0.037. Dollar index broke 100 handle to as low as 99.66. In the currency market, risk aversion boosted Yen to be the strongest major currency for the week. Commodity currencies are the weakest with Aussie leading the way down. Sterling and Euro are relatively resilient.

The sharp selloff in DJIA suggests that 21169.11 is a medium term top. This is supported by bearish divergence condition in daily MACD. The correction from there would now likely extend to 55 day EMA (now at 20393.33) and below. At this point, we’d expect support from 38.2% retracement from 17883.56 to 21169.11 at 19914.03 to contain downside and bring rebound. Based on current outlook, there is little chance for up trend resumption in near term. And correction/consolidation from 21169.11 should extend for a while. 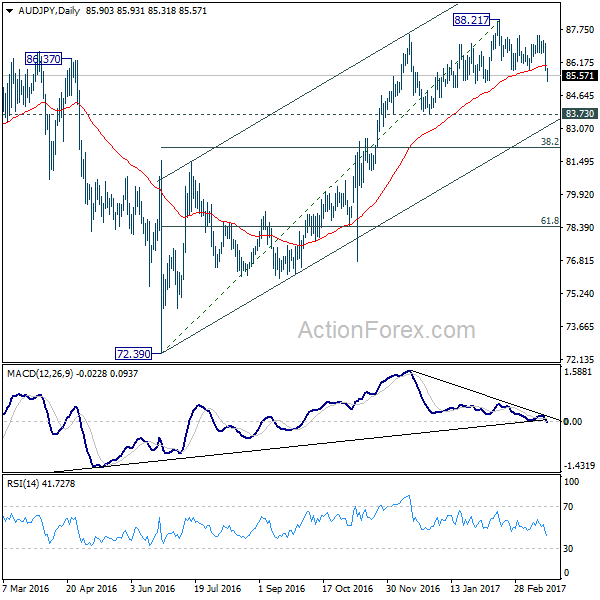 The minutes of BoJ January 30/31 showed that "a few members" believed that CPI "would not reach around 2 percent during the projection period". And, "many members" believed "there was still a long way to go" to achieve that target. Some members acknowledged market speculations that BoJ would raise target level of long term interest rate in response to US rate hikes. But they rejected that and emphasized "monetary policy decisions should be made solely based on the viewpoint of aiming to achieve the 2 percent price stability target." After that meeting, BoJ lifted GDP forecast for 2017 fiscal year from 1.3% to 1.5%. Inflation forecast for the same period was kept unchanged at 1.5%.

Released from Japan today, trade surplus widened to JPY 0.68T in February, above expectation of 0.55T. Exports jumped 11.3% yoy, fastest since January 2015. Exports to China jumped 28.2% yoy, accelerated from 3.1% yoy in the prior month. Some analysts noted that even stripping out the Lunar New Year effects, exports still picked up as a trend. 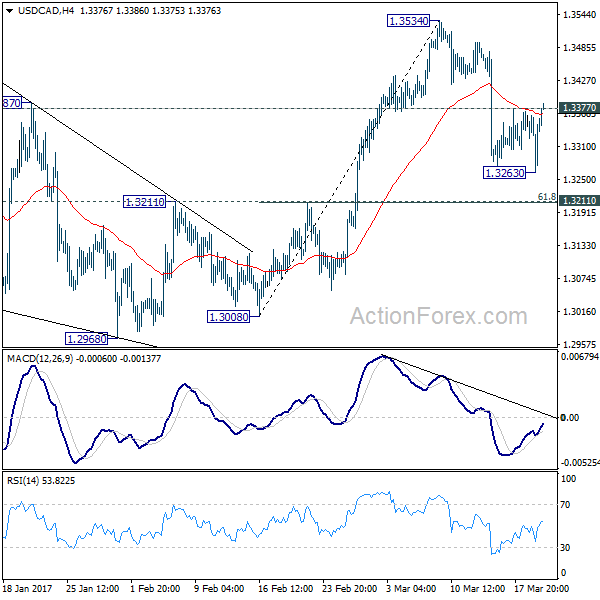 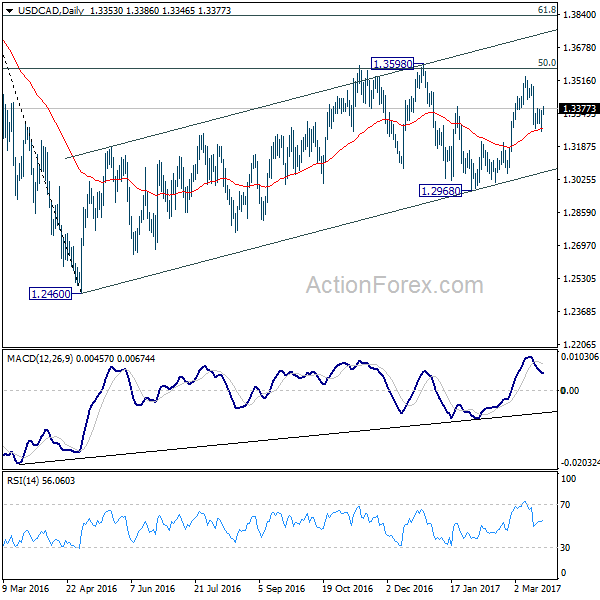