Canadian Dollar suffers a setback after disappointing data. GDP grew 0.0% mom in October, below expectation of 0.2% mom. After yesterday’s strong inflation and retail sales data, markets are pricing in over 75% chance of another BoC hike in Q1. But traders could likely hold their bets before January BoC meeting. There, we could get more affirmation on the Q1 hike expectation.

Euro trades as the second weakest one for today, but it’s maintaining gain across the board for the week except Aussie. Three pro-independence Catalonia parties, Together for Catalonia (JxCat), Republican Left of Catalonia (ERC) and Popular Unity (CUP) together won more than majority of seats in the regional election. The results suggested a still-divided Catalonia and has done little to resolve the existing political crisis.

Wish all our readers happy holidays. We’ll be back on December 27. 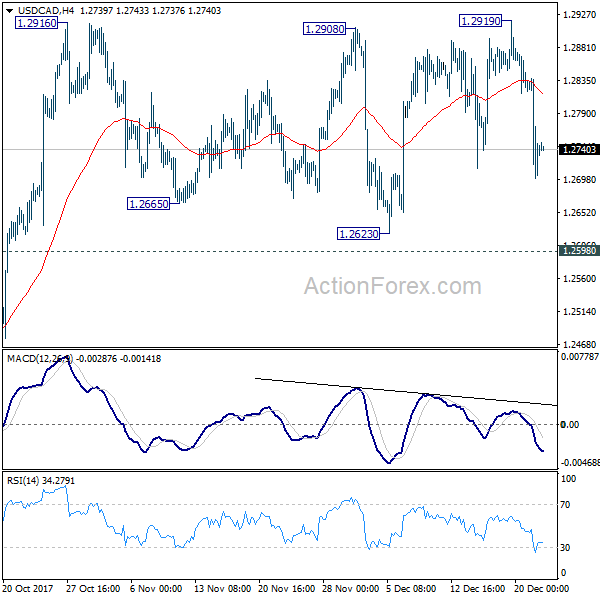 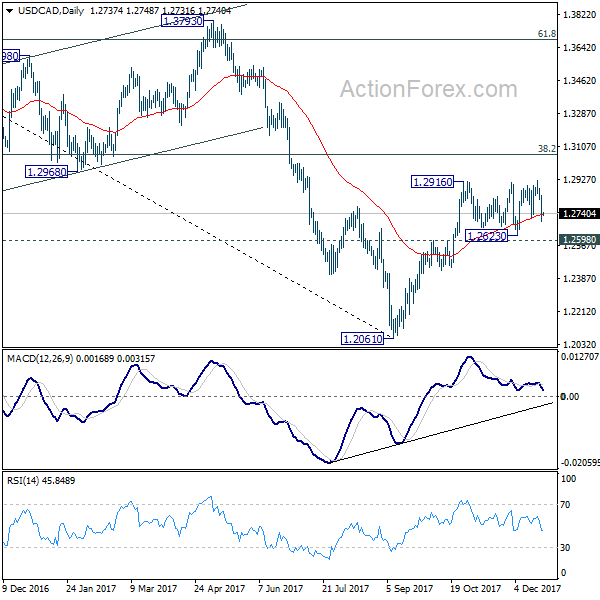