Dollar attempted for recovery overnight but momentum has been very weak. Boston Fed President Eric Rosengren’s hawkish comments provided brief lift to the greenback. But weakness in stocks and yield limited Dollar’s gain. European majors are trading broadly lower for the week. Sterling was sold off as UK finally submitted formal request for Brexit yesterday. Euro was weighed down as traders pared expectations of stimulus exit from ECB any time soon. Commodity currencies are trading higher for the week but is bounded in established range. In other markets, DJIA closed down -0.2% at 20659.32 after failing to take out 20757.89 near term resistance. 10 year yield’s recovery failed below 55 day EMA and closed at 2.386, down -0.023. Gold engages in sideway consolidation around 1250. WTI crude oil rebounded strongly and is heading back towards 50 handle.

Boston Fed President Eric Rosengren said that Fed should be prepared to hike a total of four times this year. He noted that "the perception seems to be that the outcome of each FOMC meeting depends on nuances of incoming data, with the base case being no change in rates." However, his view is that "an increase at every other FOMC meeting over the course of this year could and should be the committee’s default." He emphasized that "it is important to avoid creating an over-hot economy that could require a more rapid tightening of monetary policy – which would place at risk the economic improvements seen to date,"

San Francisco Fed President John Williams said that policy makers should not "rule out more than three increases total for this year." He said that Fed is now very close to reaching the Fed’s dual mandate goals of maximum employment and price stability." And, " if you do the math, we are about as close to these goals as we’ve ever been." Meanwhile, he said that supply-side issues is beyond Fed’s reach. And, "the public and private decision-makers who work in these realms have it within their toolkits to spark growth and innovation, if they so choose to invest in priorities like education, training, safer and healthy neighborhoods, and infrastructure,"

Chicago Fed Evans support only one or two hikes

On the other hand, Chicago Fed President Charles Evans reiterated his mild approach to rate hike. He noted that "my current dual mandate outlook allows me to support another one or two increases this year." Nonetheless, he did acknowledged that "for the first time in quite a while, I see more notable upside risks to growth." And regarding US President Donald Trump’s fiscal policies, despite recent uncertainties, Evans said that "the general thinking is that such policies could boost growth for a time."

Doubts on UK to complete Brexit deal in two years

In UK, Prime Minister Theresa May formally initiated the Brexit process yesterday. She told Parliament that "there were predictions about what would happen to the economy if the United Kingdom voted leave…… those predictions have not proved to be correct." She emphasized that "we see a strong economy" after the Brexit referendum. UK has now entered into negotiation with EU with issues like immigration, trade relationship and Brexit cost at the top of the agenda. Such negotiation would last for two years and a deal would be make before end of March, 2019. However, there are doubts that a two year time frame is unfeasible for making an agreement as there will be unforeseen complications and legal problems.

In Scotland, the parliament voted 69-59 vote earlier this week to demand another independence referendum. However, it’s reported that some criticized First Minister Nicola Sturgeon as out of touch with Scotland. A survey by NatCen research showed that 62% of Scots think that trade and immigration rules should stay the same as in the rest of UK. And 64% believed that immigration from Europe should be subject to the same conditions as those from other parts of the world. That is, they don’t necessary support breaking up with UK after Brexit to join EU with the condition on freedom of movement of people.

BoJ Iwata: No need to buy US treasuries

In Japan, BoJ Deputy Governor Kikuo Iwata said that there is no need to buy US treasuries as sufficient monetary easing could be done by JGB purchases. He told parliament that "we can achieve our 2 percent inflation target and seek an eventual exit from our quantitative easing program without buying U.S. Treasury debt." And he warned that "buying U.S. Treasury debt unnecessarily would be interpreted as currency intervention." 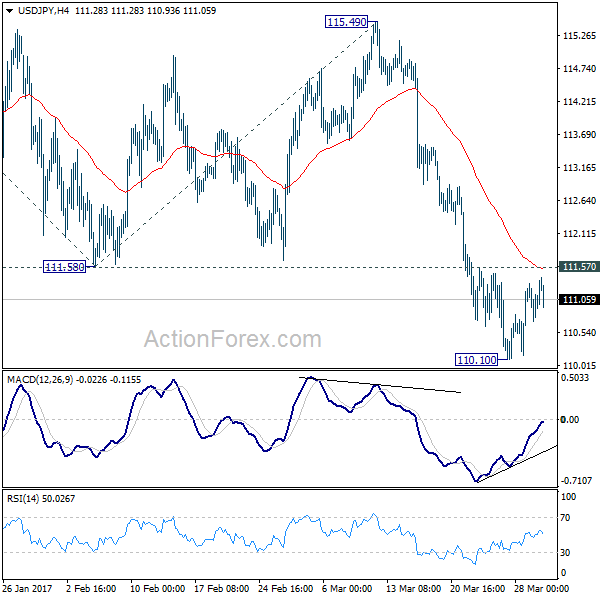 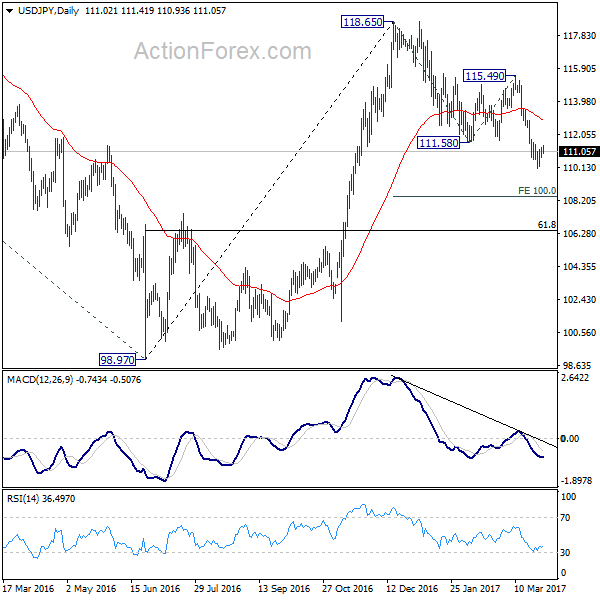