Dollar recovers mildly today but remains the weakest major currency for the week so far. Consumer inflation data from US looks promising. Headline CPI rose 0.3% mom, 2.1% yoy in December, accelerated from November’s 1.7% yoy. Core CPI rose 0.2% mom, 2.2% yoy, accelerated from prior month’s 2.1% yoy. Both met market expectations. Technically, the declines in Dollar and treasury yields seem to be losing some momentum. But volatility is anticipated on Donald Trump’s inauguration data this Friday. Meanwhile, it should be noted that after all the rhetorics and speculations, fed fund futures are still pricing in 67.8% change of another rate hike by Fed by June. That hasn’t changed much in recent weeks.

Released from UK, jobless claims dropped -10.1k in December, better than expectation of 5.0k rise. Unemployment rate was unchanged at 4.8 in the three months to November. Total unemployment dropped -52k to 1.6m, lowest in more than a decade since 2006. Wages also showed solid growth with average weekly earnings increased 2.8% 3moy, comparing to expectation of 2.6% 3moy. Sterling pared back some of this week’s gain and turned mixed for the week. Yesterday, UK prime minister Theresa May delivered her speech on Brexit. May indicated that UK would seek a free-trade deal with the EU outside the single market. That will be a new customs relationship for to negotiate trade deals around the world with "frictionless" cross-border trade. She seeks to have a a "phased implementation process" at the end of the two-year period of negotiations. Importantly, May confirmed that "the government will put the final deal… to a vote in both Houses of Parliament before it comes into force". 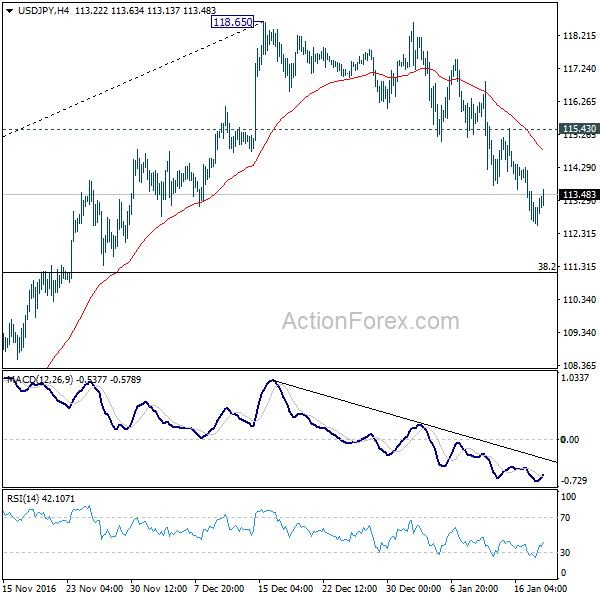 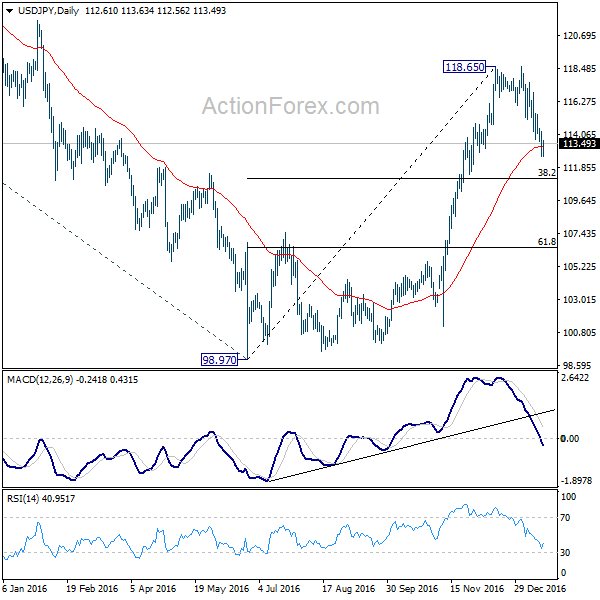