Dollar Rebound Lacks Conviction, Except Versus Aussie and Possibly Yen

Dollar jumps broadly overnight but it’s rally is starting to lose steam again in Asian session. Instead, while Yen remains the weakest one for the week, it’s starting to regain some strength. So far, the Japanese is not benefiting from risk aversion this week. Even though stocks attempted to rebound, there was no sustainable buying. DOW closed nearly flat by -0.04% overnight but NASDAQ extended recent fall by closing down -0.85% at 6949.23, losing 7000 handle. The pre-holiday calendar is rather busy today and we could see some bigger moves as liquidity dries up.

Technically, in spite of the rebound in the past two days, Dollar is kept below near term resistance level against Europeans. That is, EUR/USD is held above 1.2285, GBP/USD above 1.3982. While USD/CHF breached 0.9568 resistance, it’s kept well off 0.9626 key fibonacci level. USD/CAD also finds no buying even though it’s drawing support above 1.2802, and it’s kept well below recent high at 1.3124.

Dollar is showing more persistent strength only against Australian Dollar and Yen. In particular, USD/JPY’s break of 106.63 resistance is seen as a sign of trend reversal. Near term focus will now turn to 107.28.

Japan FM Aso: No bilateral trade negotiations with US

Japan finance minister Taro Aso said in the parliament that historically, US Dollar always rise against Japanese Yen when interest rate differentials widened to 3%. Aso added that US interest rates will “undoubtedly rise ahead”. And therefore, there won’t be “one-sided” Yen appreciation that could hurt the economy.

Japan retail sales rose 0.4% mom, 1.6% yoy in February, slightly higher than expectation of 0.6% mom, 1.7% yoy. And it’s marked improvement from January’s -1.6% mom, 1.5% yoy. It’s noted that consumer spending could be at the beginning of mild recovery. Improvement is also seen lately in the labor market. Overall picture suggests that consumption is going to pick up momentum. And that should eventually help lift inflation. But for now, core inflation is still way off BoJ’s 2% target and it will take some more time for BoJ to start considering stimulus exit.

Gfk noted in the release that “the prospect of wage rises finally outstripping declining inflation, high levels of employment with low-level interest rates, and finally some movement on the Brexit front appear to have boosted our spirits.” While it’s “still a little early to be talking about green-shoots”, “this is definitely a movement in the right direction”.

Later in US session, Canada will release GDP, IPPI and RMPI. US will release personal income and spending, jobless claims and Chicago PMI. USD/CAD could have some big moves ahead of holidays. 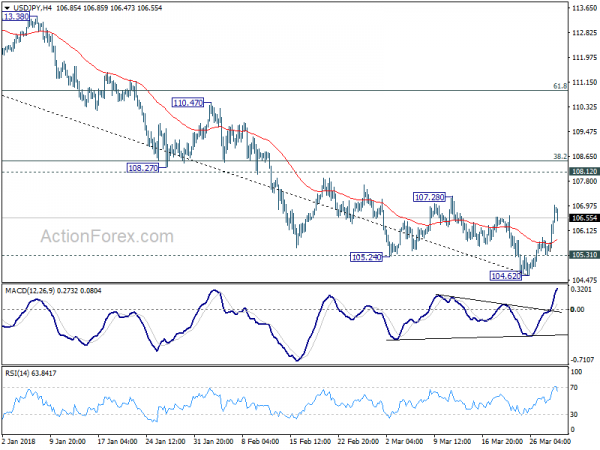 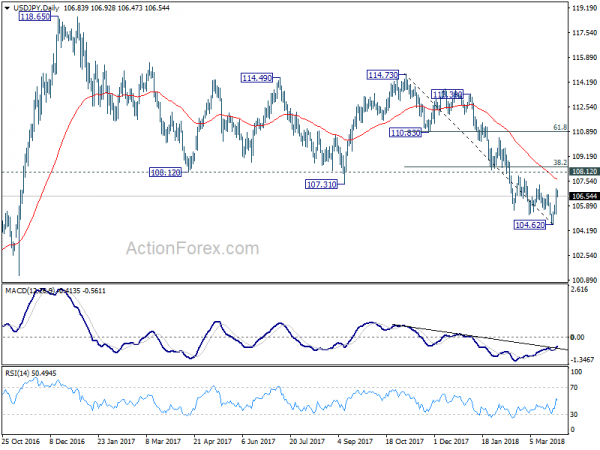