Sterling weakens against Dollar and Euro today after the UK Supreme Court ruled that Prime Minister Theresa May must get approval from Parliament before triggering Article 50 for Brexit negotiations. Nonetheless, a government spokesman noted that the ruling won’t change the schedule and May would still trigger Article 50 by the end of March. Opposition Labour leader Jeremy Corbyn also said they wouldn’t block the move. Instead, the Labour would seek to influence on the shape of the deal and seek "full, tariff-free access to the single market". May outlined the plan for hard Brexit earlier this month with emphasize of immigration control over single market access. Also from UK, public sector net borrowing dropped to GBP 6.4b in December.

Released from Japan, PMI manufacturing rose to 52.8 in January, above expectation of 52.3. That’s the highest reading in nearly three years since March 2014. IHS Markit economist noted that "manufacturing conditions improved at the strongest rate in nearly three years, helped by solid expansions in both output and new orders." And, "the rise in total incoming new orders was driven in part by a sharp increase in international demand, as new export orders rose at the quickest rate in over a year."

Intraday bias in GBP/USD is turned neutral again with 4 hour MACD turned below signal line. Overall, rise from 1.1986 is seen as the third leg of the consolidation pattern from 1.1946. Above 1.2543 will extend the rebound but we’d expect strong resistance at 1.2774 to limit upside and bring down trend resumption eventually. On the downside, below 1.2252 minor support will turn bias to the downside for retesting 1.1946 low. 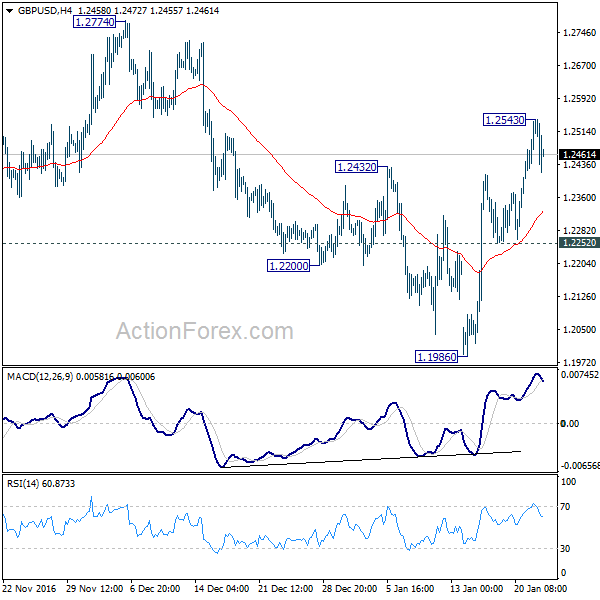 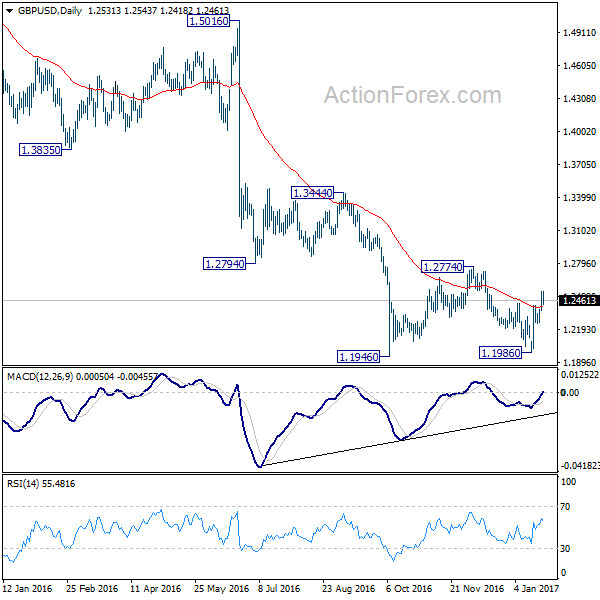