While US equities surged to new record high last week, other markets didn’t follow. Dollar ended mixed in spite of a chorus of hawkish comments from Fed officials, including chair Janet Yellen. A batch of stronger than expected data also provided little support to the greenback. Instead, Dollar was dragged down by treasury yields, which failed to break out from recent range and reversed during the week. Political uncertainties could be a major factor in triggering safe haven flows to US bonds. And such sentiment could also be seen in the broad based weakness in Euro, which closed as the second weakest major currency next to Sterling. Swiss Franc decouple from Euro and Sterling and ended as the second strongest currency. And overall risk aversion on European situation could be the factor in driving up the Japanese Yen, which ended as the strongest major currency.

French elections in April and May are starting to draw a lot of attention. It’s reported that two main left wing candidates, Benoit Hamon and Jean-Luc Melenchon, have agreed to team up for the elections. The situation is no candidate is expected to receive a majority in the first round of voting. Originally, centrist Emmanuel Macron is tipped to win over anti-EU right wing Marine Le Pen in the second round of voting. However, the combined support for Hamon and Melenchon could major the left wing candidate as one of the two highest scoring candidate with Le Pen. And in that case, Le Pen is the favorite to win and risk of "Frexit" will jump. The development in France will catch much attention in the coming weeks.

Meanwhile, US traders are still waiting for clarity on president Donald Trump’s fiscal policies. Trump has yet to deliver his "phenomenal" tax reforms. And traders are holding the bet on yield and Dollar. Fed Chair Janet Yellen’s testimony before Congress last week was seen as modestly hawkish. In particular, Yellen warned that ‘waiting too long to remove accommodation would be unwise’. And ‘could risk disrupting financial markets and pushing the economy into recession’. Markets’ focus will turn to FOMC minutes to this week. As of Friday, fed fund futures are pricing 17.7% chance of a March hike, and 69.9% chance of hike by June.

Technically, the strength in US equities was very impressive as the major indices maintained strong momentum. The pull back in yield dragged the greenback down but that should be temporary. 10 year yield is seen as trading in consolidation since hitting 2.621, possibly in form of triangle. Hence, while deeper fall could be seen in near term, we’d expect strong support around 55 day EMA (now at 2.375) to bring rebound. The next up move should push TNX through 2.555 resistance and then 2.621 high to resume the larger rise from 1.336.

Dollar index retreated after hitting 101.76 last week and that dampened near term bullish outlook. Nonetheless, with 100.08 minor support intact, further rise is mildly in favor. Above 101.76 should target a test on 103.82 high. Current momentum doesn’t warrant a break out yet and we’d be cautious on topping there. However, break of 100.08 should turn focus back to 98.91/99.43 support zone. And risk of trend reversal will jump in that case.

In the long term picture, current medium term decline from 149.76 is seen as part of a long term sideway pattern from 88.96. Decisive break of 126.09 will indicate that such decline is completed and EUR/JPY has started another medium term rally already. 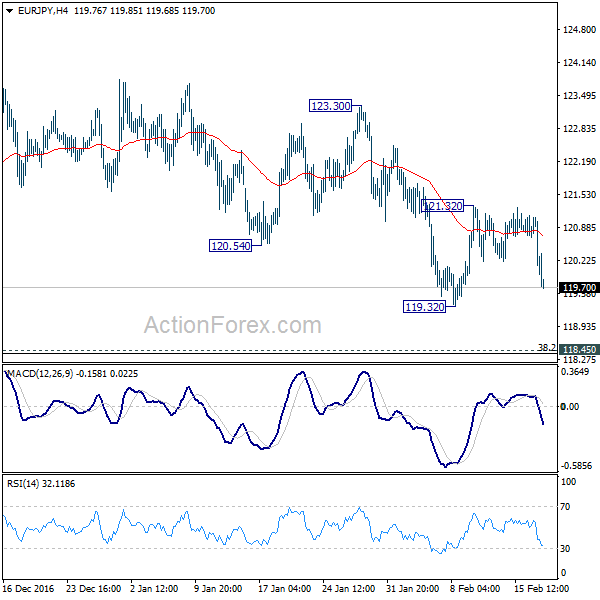 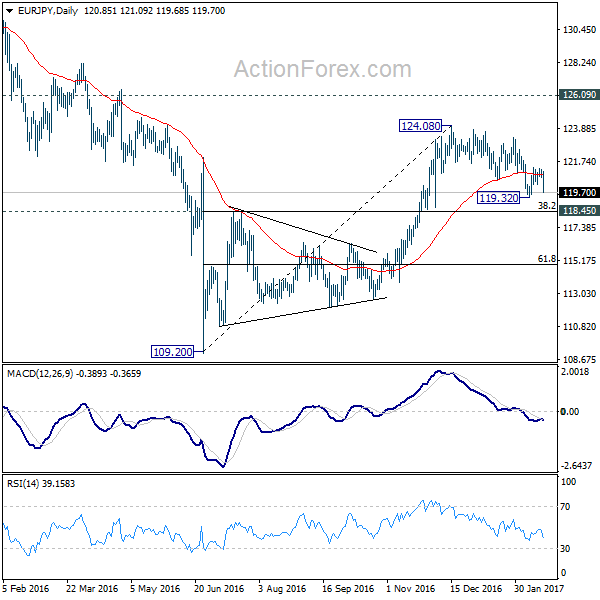 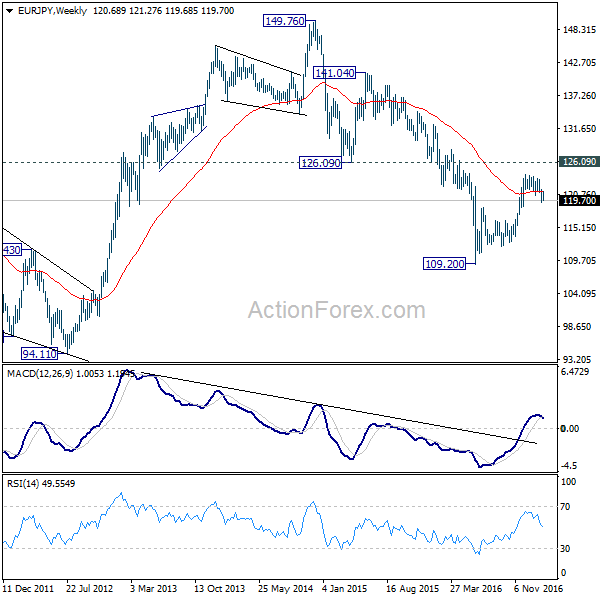 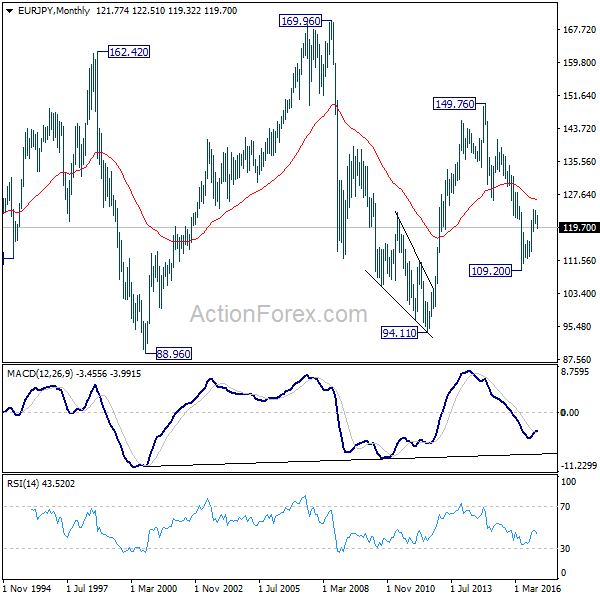