Trade optimism was the main theme driving the financial markets last week. Investors seemed to be convinced that US and China are close to signing trade agreement phase one, even though it’s unsure when and where yet after the APEC summit in Chile was cancelled. Additionally, there were increasing expectation of tariffs roll back of some sort. China should be pushing for cancelling the tariffs imposed in September, possibly more. Comments from US on the issue were mixed, but it’s not ruled out. If such roll back is realized, this will be the first real trade war de-escalation, which is significant.

US stocks surged to new record highs, taking global markets up too. US treasury yields also jumped notably at the long end. Together, the developments gave Dollar a strong boost, which ended as the best forming one. Strong risk appetite kept Canadian and Australian Dollar as second and third strongest. Though, New Zealand Dollar was the weakest after poor job data. Euro was the second weakest, followed by Sterling. The Pound suffered a bit after two BoE policymakers surprisingly voted for rate cut on Super Thursday. Nevertheless, loss was relatively limited as the UK politics and Brexit remain the real driving forces. 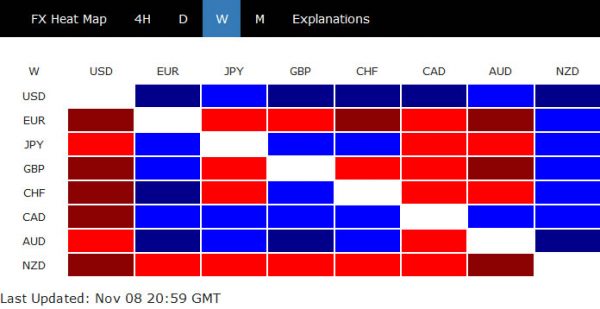 As of now Fed funds futures are pricing in 96.3% chance of Fed standing pat at 1.50-1.75% in December, up from last week’s 88.2%. More importantly, bets on more rate cuts next year also receded notably. Markets are pricing in 67.2% chance of federal funds rate staying at current level after June FOMC meeting. Last week, there was only 43.4% chance. 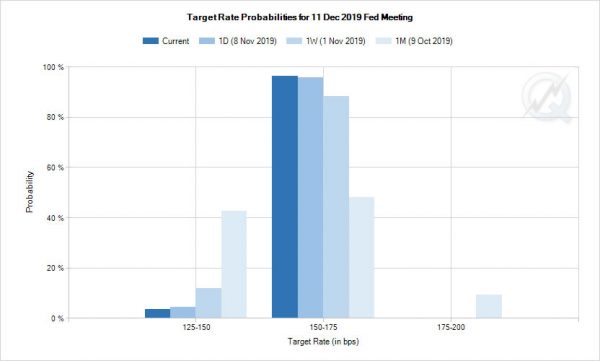 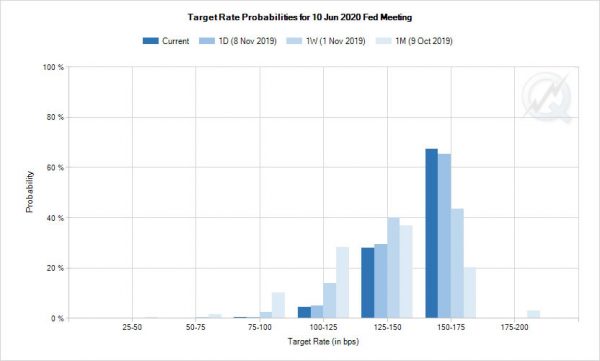 Such expectations are also reflected in steepening of the yield curve. As Dallas Fed President Robert Kaplan said last week, he felt better with a “normally shaped yield curve”, and it “reinforces to me that we’ve probably got an appropriate setting of the Fed funds rate now.” 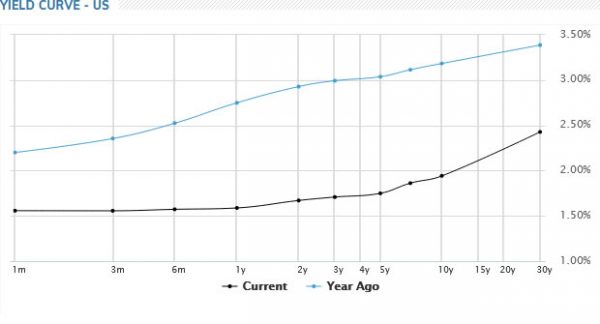 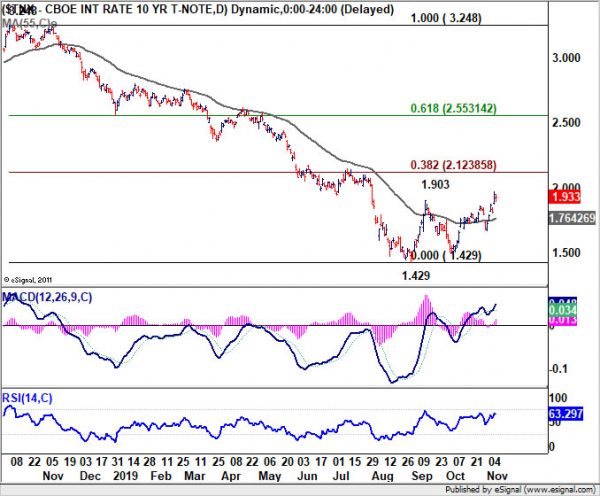 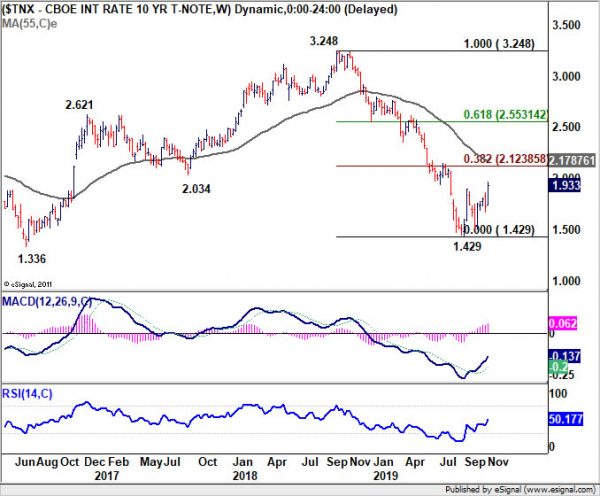 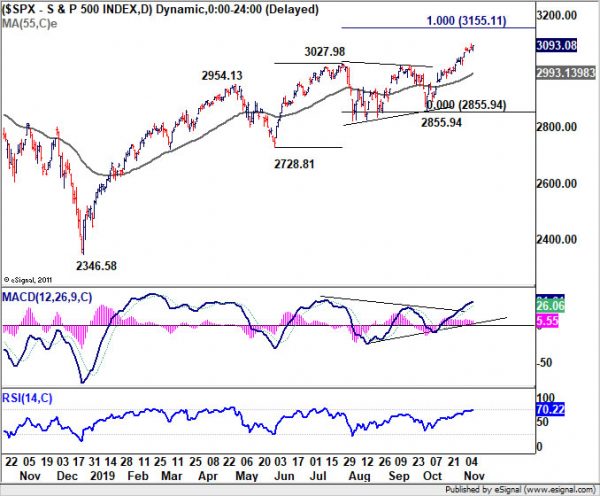 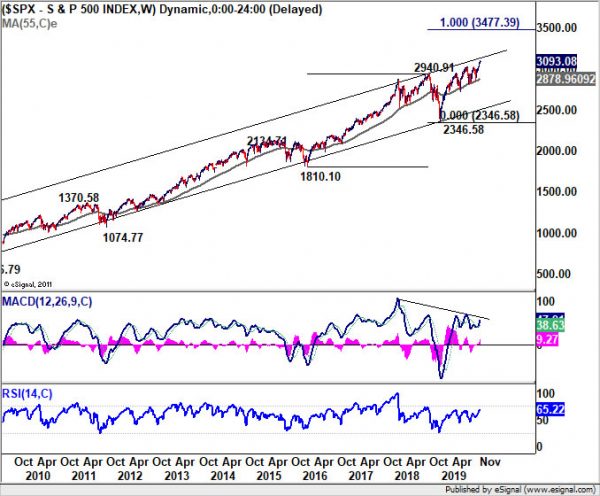 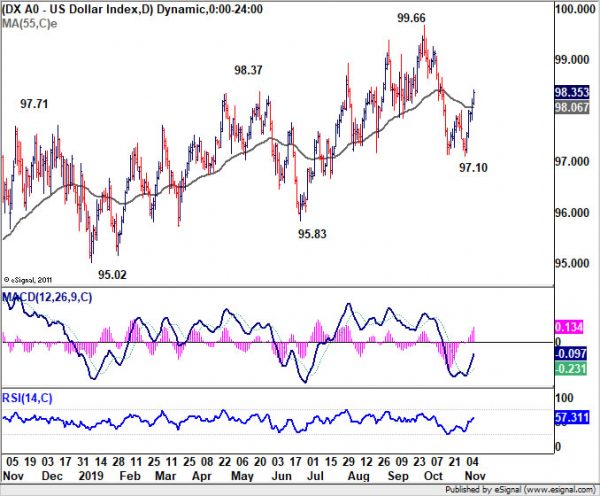 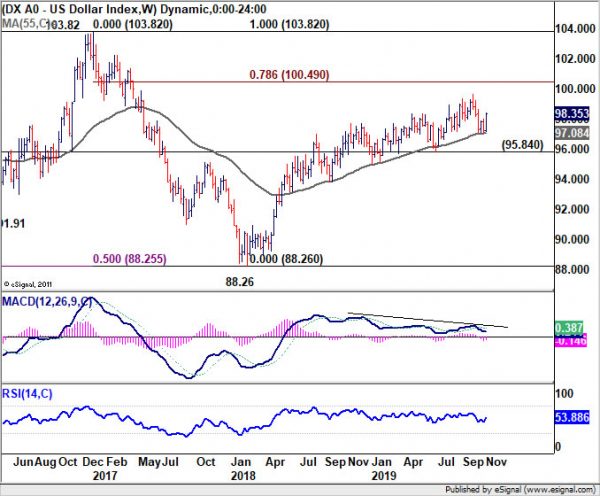 EUR/USD’s decline last week suggests that corrective rebound from 1.0879 has completed at 1.1175. Initial bias stays on the downside this week for retesting 1.0879 first. Break will resume larger down trend from 1.2555. On the upside, though, above 1.1092 minor resistance will turn intraday bias neutral first. 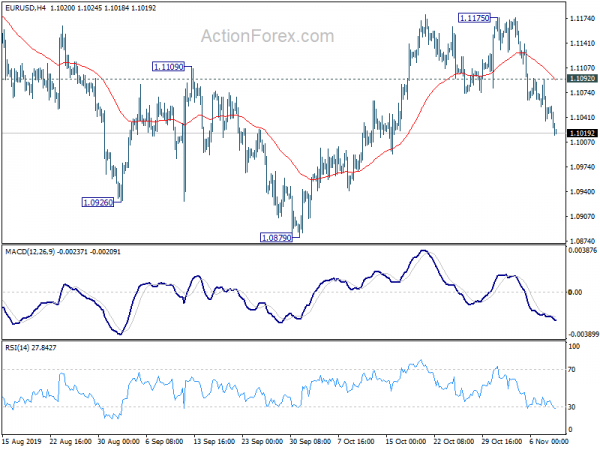 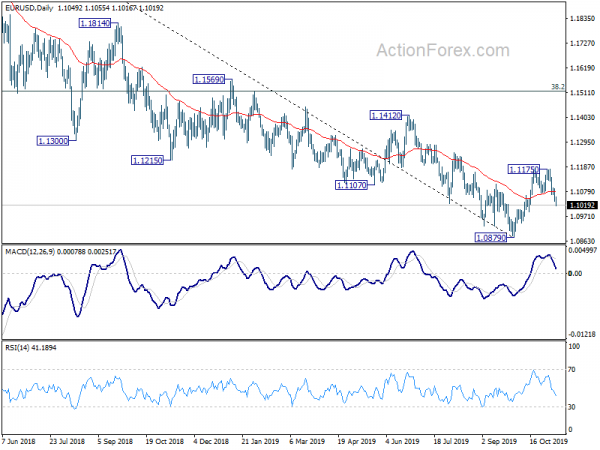 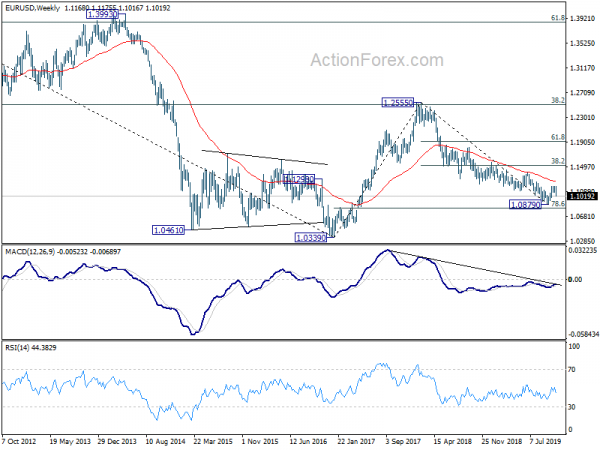 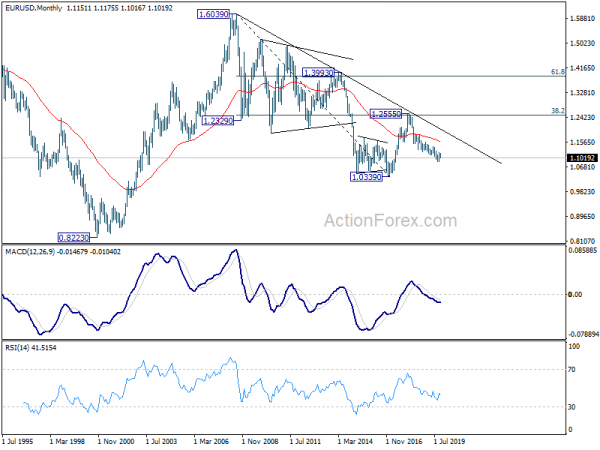