Market sentiments turned generally more cautious last week on renewed uncertainties over US-China trade negotiations. Yen ended as the strongest one on weakness in stocks and treasury yields. New Zealand Dollar was the second strongest, extending prior week’s rebound. Dollar was the third strongest helped by late buying. Meanwhile, Swiss Franc was the weakest one, followed by Canadian, and then Sterling. The Pound tumbled as poor PMI data suggested quarterly GDP contraction in Q3.

The upcoming week might be relatively quiet as it’s shortened by US thanksgiving holiday. But December is like guaranteed to be a wild one. UK elections will be a focus. Next batch of US-China tariff escalation might or might not come on December 15. The democratic movement in Hong Kong would also complete its sixth month. 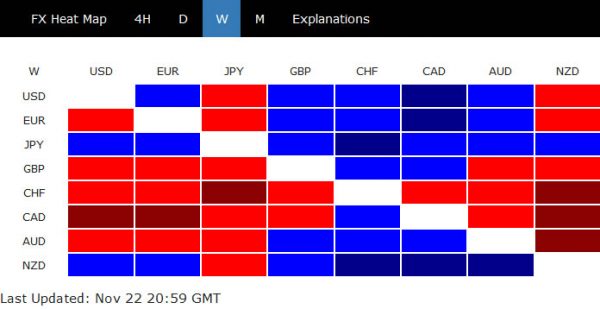 Major global indices closed lower last week on renewed uncertainty over US-China trade negotiations. Words from the leaders of both countries were positive. US President Donald Trump told Fox News on Friday that both sides were very close to reaching the phase one of the agreement. He added, “we have a very good chance to make the deal”. His comments came shortly after Chinese President Xi Jinping said “we want to work for a ‘phase one’ agreement on the basis of mutual respect and equality.”

However, it should be reminded that the phase one deal was originally targeted for signing at the cancelled APEC summit in Chile. Thus, the negotiations had already missed that self imposed deadline. It’s reported that China has invited US trade officials for a visit before Thanksgiving. But US would only agree if China would address the core issues of intellectual property protection, forced technology transfer and agricultural purchases. At this point, it’s unsure if both sides could complete something concrete to avert December batch of new tariff escalations.

Farm product purchases and tariff rollbacks are two constant sticky points. But Hong Kong has become the new, and rather tough one. The Senate passed the Hong Kong Human Rights and Democracy Act last week, with unanimous vote. House swiftly dropped their version approved a month ago, and adopted the Senate version, with just one vote down. The act, which aims as backing Hongkongers in defending their autonomy, is now on Trump’s desk.

China has voiced fierce objection to the Bill and warned of retaliation. , Trump was rather vague and non-committal on Friday as he said “we’re going to take a very good look at it”. He added, “look, we have to stand with Hong Kong, but I’m also standing with President Xi. He’s a friend of mine. He’s an incredible guy…. But I’d like to see them work it out. OK? We have to see them work it out. But I stand with Hong Kong, I stand with freedom, I stand with all of the things that we want to do… But we also are in the process of making the largest trade deal in history and if we could do that, that would be great.”

Trump’s eventual decision, and China’s subsequent reaction, could very much depend on the outcome of the district council election in Hong Kong this Sunday, which is seen as a referendum on the near six-month movement. 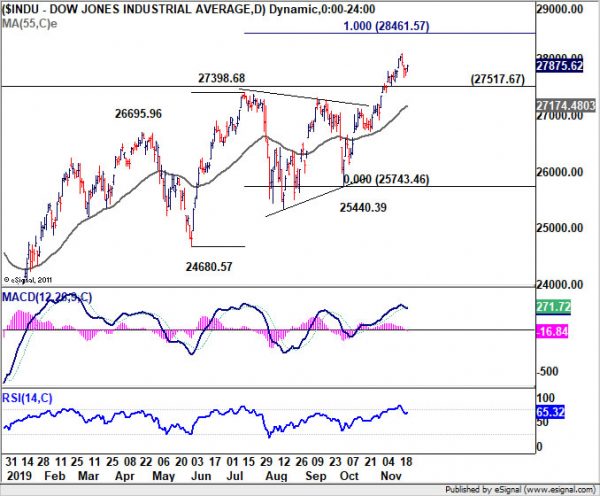 10-year yield’s close below 55 day EMA affirms the near term bearish case. That is, corrective rise from 1.429 could have completed with three waves up to 1.971. Deeper fall could be seen to 1.167 support next. Break will target a retest on 1.429 low. Such development would cap any rally attempt in USD/JPY, even if Dollar is building up upside momentum elsewhere. 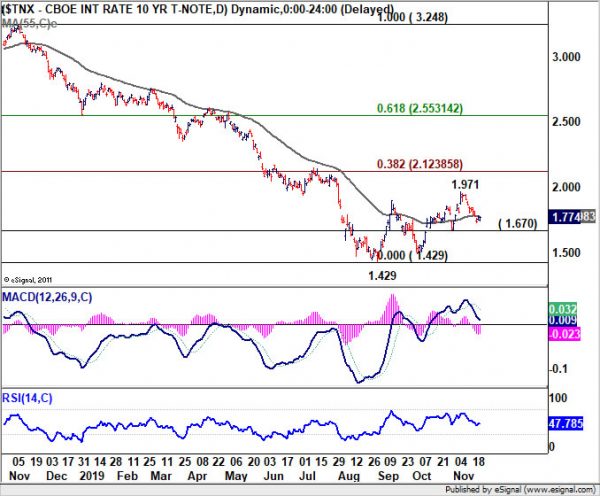 Despite a brief dip to 97.67, Dollar index staged a strong rebound towards the end of the week to close at 98.27. The development suggests that rise from 97.10 isn’t completed yet. And medium term up trend remains intact. 98.44 will be the immediate focus this week. Break there will resume the whole rise form 97.10 for a test on 99.66 high. Though, break of 97.67 will turn focus back to 97.10 key support instead.

EUR/USD edged higher to 1.1097 last week but reversed from there and dropped sharply. The failure to sustain above 55 day EMA is a sign of near term bearishness. Initial bias stays on the downside this week for 1.0989 support first. Break will reaffirm the case that corrective rise from 1.0879 has completed at 1.1175. Deeper fall should then be seen to retest 1.0879 low. For now, risk will stay on the downside as long as 1.1097 resistance holds, in case of recovery. 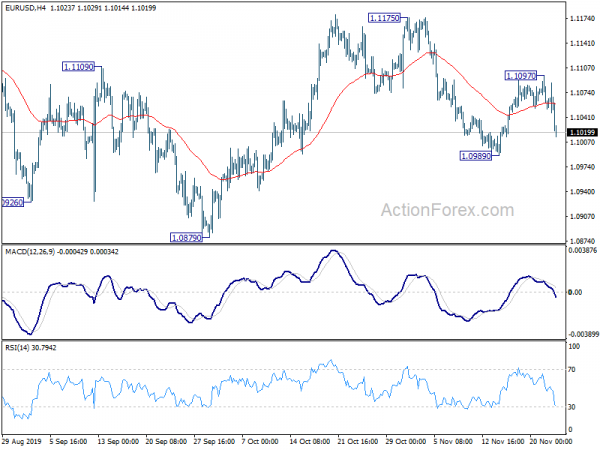 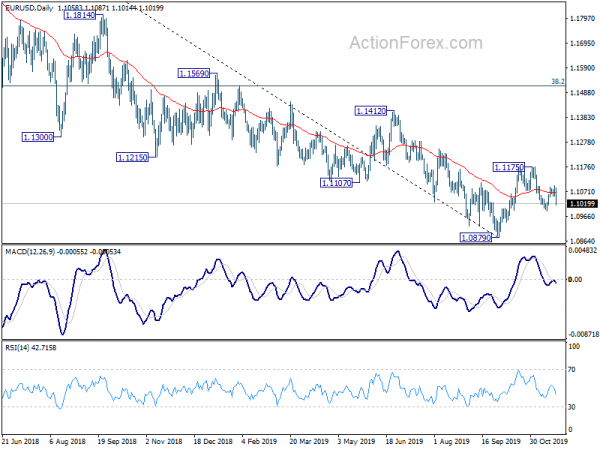 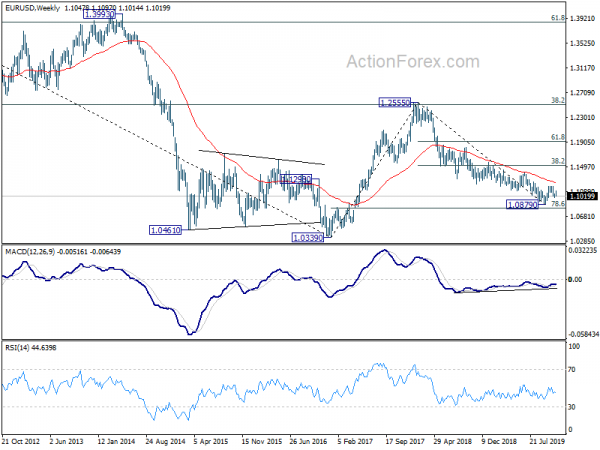 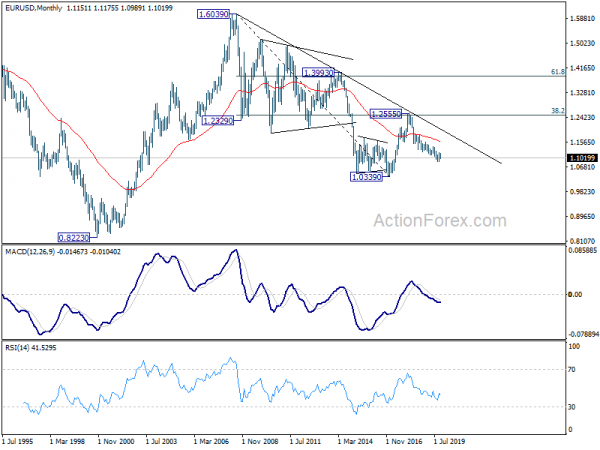