Sentiments Took a U-Turn on Fear of Coronavirus Second Wave

The second wave of coronavirus pandemic had finally become a main theme in the markets last week. Or, investors could have just waited for Fed to confirm its done with more easing for moment, and started profit taking. Either way, massive selloff was seen in the stock markets towards the end of the week. In the currency markets, Yen and Swiss Franc ended as overwhelmingly the strongest, followed by Dollar and Euro. Australian Dollar was the worst performing, and led commodity currencies and Sterling lower. 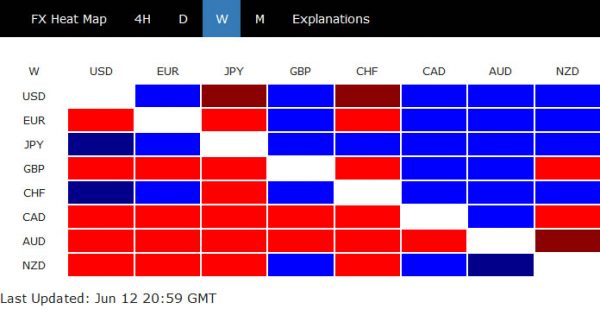 We’re preferring the case of reversing the unjustifiably strong rebound in stocks since late March. But a near term support zone in DOW needs to be taken out to confirm. AUD/JPY will be watched as confirmation of overall risk sentiments again and a corresponding support zone needs to be broken decisively too. As for Dollar’s come back, the DXY also needs to overcome a near term resistance level. The levels are discussed below.

As for the coronavirus pandemic, as it’s said, the second wave is still “small” and “distant” for some parts of the US. But situations in some countries look out of control. Those countries that worth attention included Mexico, Brazil, India, Pakistan and Saudi Arabia.

DOW might be starting the third leg of medium term consolidation

DOW gap down on Thursday and subsequent sharp fall confirmed short term topping at 27588.21, at least. Our preferred view is that whole rise from 18213.65, as the second leg of the consolidation pattern from 29568.57, has completed. That is, the third leg has started. But this is yet to be confirmed. 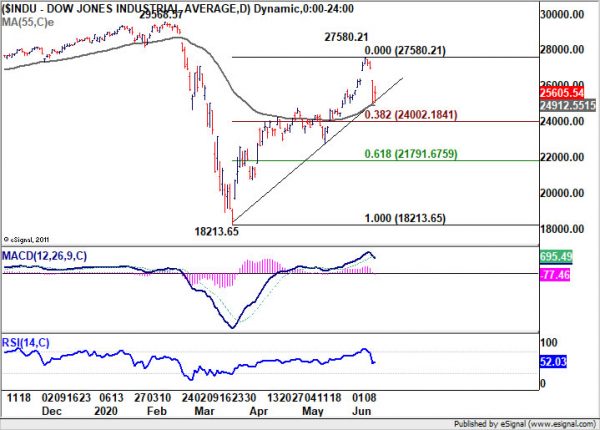 NASDAQ made new record high at 10086.89 last week then followed other indices to pull back sharply. Outlook remains relatively more bullish than DOW, as the depth of the fall is more consistent as a correction rather than reversal at this point. If 55 day EMA (now at 9062.39) would be defended well, followed by another record high. NASDAQ cold help pull other major indices higher and keep risk appetite in place in the markets. Or, tech investors could jump into the bandwagon of profit taking should sentiments worsen elsewhere. We’ll see. 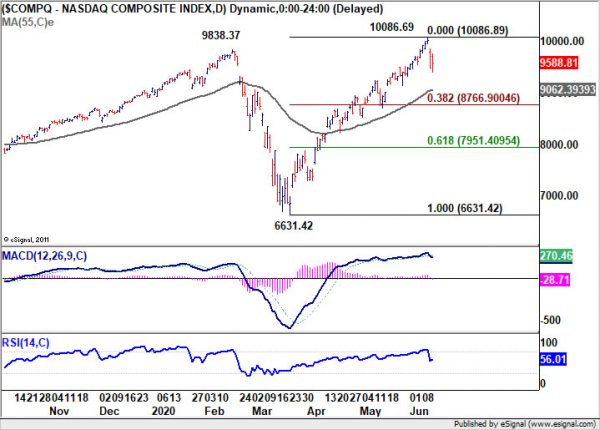 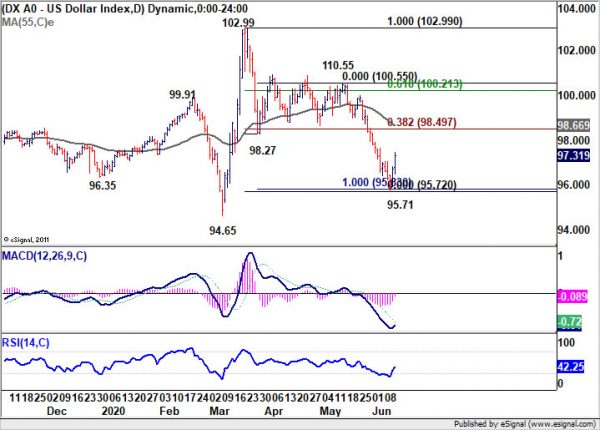 Rejection by this 98.27/66 resistance zone will maintain near term bearishness for another low below 95.71. That would also be in line with the case that fall from 102.99 is reversing the whole up trend from 88.25. However, sustained break of 98.27/66 will argue that fall from 102.99 has completed with three waves down to 95.71. The corrective structure would in turn argue that rise fro m88.25 is not completed. We’d likely find out what way it is within June. 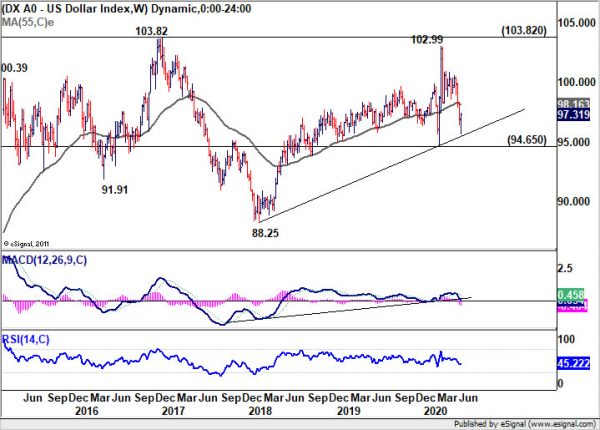 Gold ready to resume up trend as correction finished

However, medium term momentum as suggested by weekly MACD is not too convincing yet. Hence, even if the up trend does resume, strong resistance would be seen below 1920.70 high to limit upside and bring a major correction. But for the near term, question is whether risk aversion would drive both Dollar and Gold higher. Or Gold’ rally would limit Dollar’s rebound. 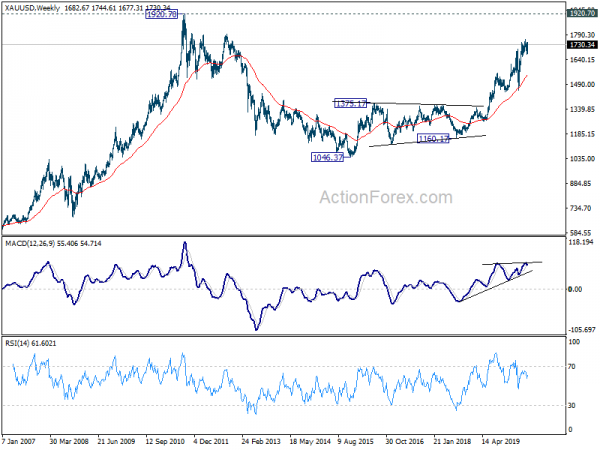 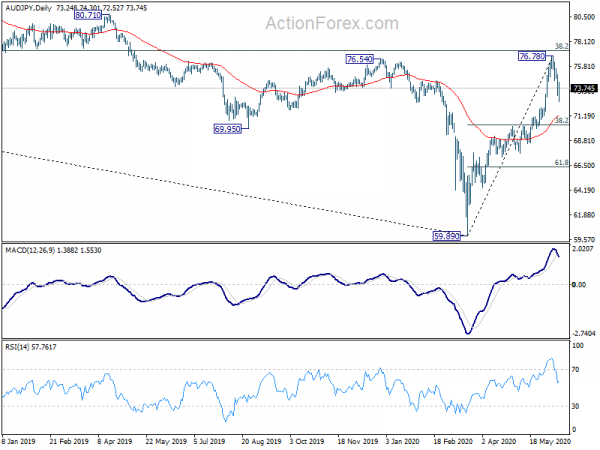 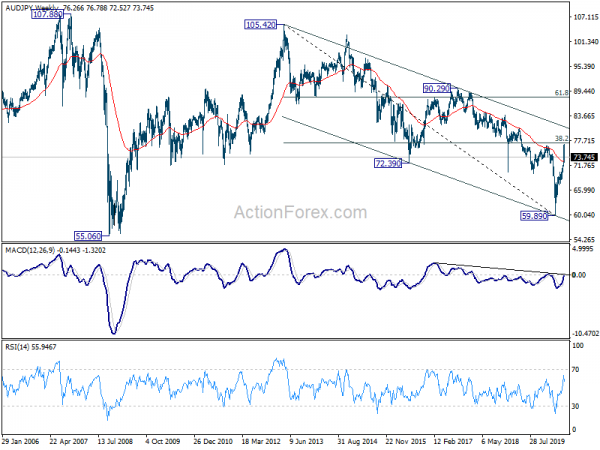 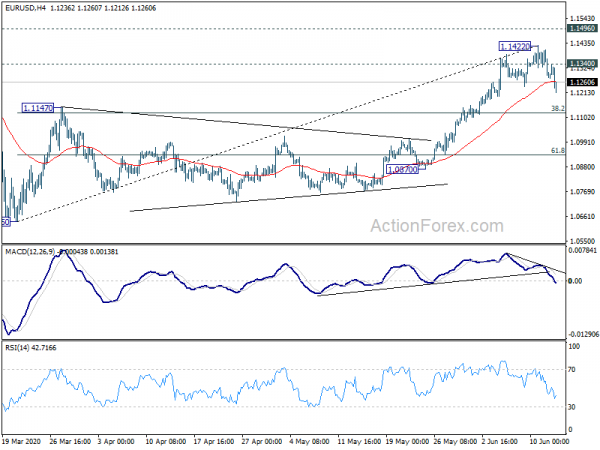 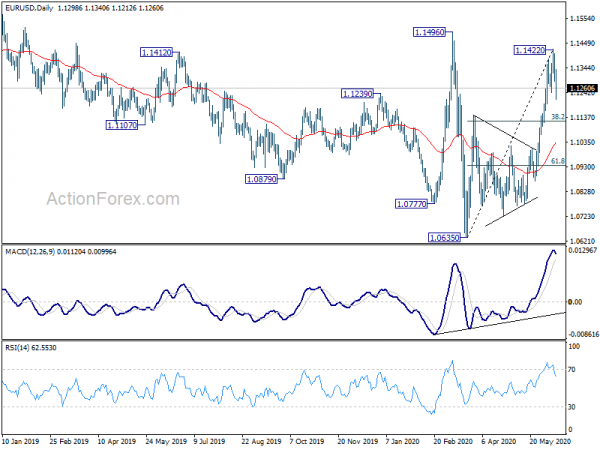 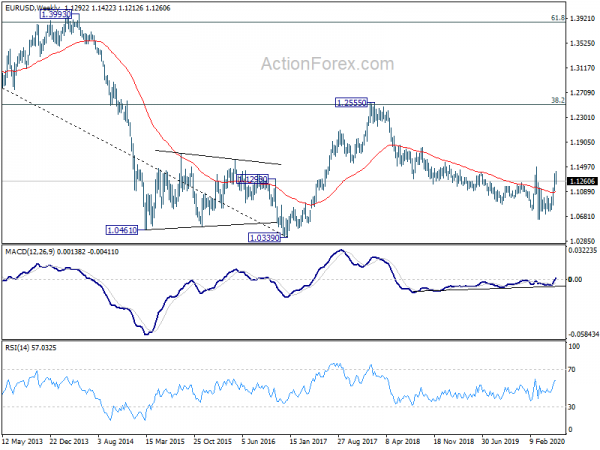 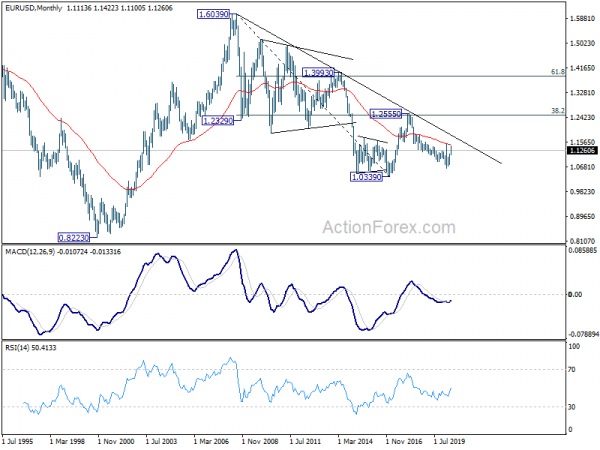