Funds were flowing out of US assets last week as Dollar ended as the worst performing major currency. Treasury yields surged as bonds tumbled while stocks gyrated lower. But the movements were not decisive enough yet as the greenback still holds above recent lows against major currencies like Euro and Yen. Dollar trader would probably still need to clear US election risks before taking a firm direction.

Euro benefited from the development and ended as the second strongest. The resilience was impressive yet technical developments in crosses sent conflicting signals. The upcoming ECB meeting is unlikely to clear out the uncertainties for the common currency. Overall, the forex markets could remain mixed in the last week of October.

Euro proved itself to be impressively resilient despite the clearly intensifying risk of double dip recessions. Octobers PMIs already showed the divergence of manufacturing and services sentiments, as well as between member states. Slowdown or even contractions are lying ahead with tens of millions people returning to coronavirus restrictions. No-deal Brexit risks are forever remaining.

ECB policymakers are clearly in the frame of mind for more stimulus, even though the coming meeting on Thursday is not seen as the right time to do it yet. After all, less than half the money allocated to the pandemic emergency purchase program has been spend. There won’t be need economic projections before December. By then, economists could finally factor in the results of US elections and Brexit negotiations. So December would be the better timing to gauge the stimulus needed next year. Currently, markets are expecting an expansion o PEPP to EUR 1.35T, and a six-month extension till the end of next year.

All the developments and expectations were not too bothered by the common currency. Most impressively, despite initial selloff, it rebounded off recent low against both Sterling and Swiss Franc. It’s also seems to extend the recent rise against Dollar too. Nevertheless, we’d point out that some developments are quite contradicting and we’ll probably need more time to sort out the outlook.

But EUR/GBP, EUR/CHF and GBP/CHF are painting conflicting pictures

To be specific, EUR/GBP is clearly in a corrective pattern from 0.9291. That is, while another fall below 0.9007 cannot be ruled out, downside potential should be limited. A break through 0.9148 resistance to retest 0.9291 should happen sooner or later, giving Euro and upper handle against Sterling. 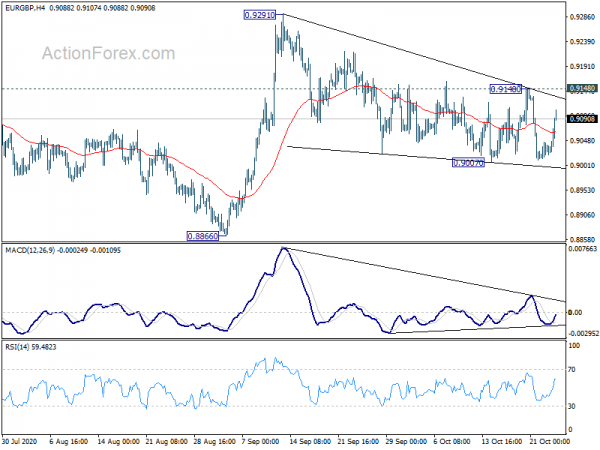 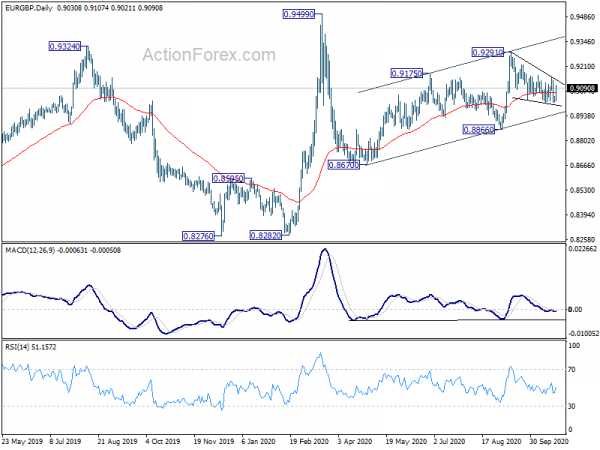 EUR/CHF is staying in the decline from 1.0877 while the stay below 55 day EMA affirms near term bearishness. Such decline is seen as the third leg of the pattern from 1.0915 and would likely extend to 1.0602 support or even below. Such development would give Swiss Franc an upper hand against Euro. 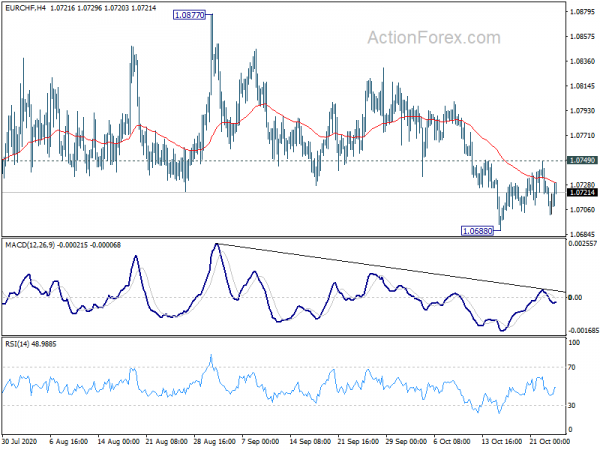 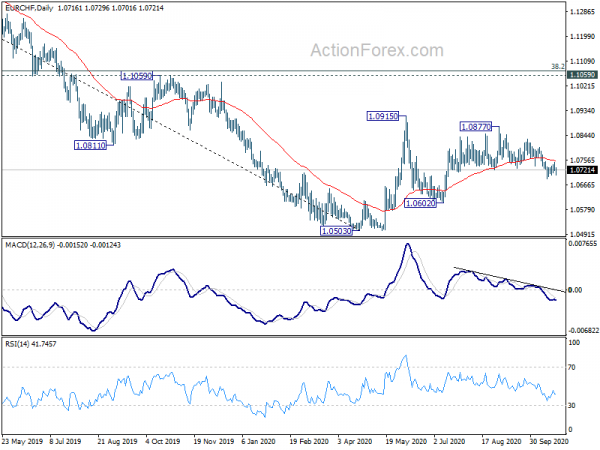 GBP/CHF rebounded strongly after hitting 1.7223 minor support. While the rebound was relatively short-lived and the subsequent retreat was deep, near term bullishness is maintained. That is, we’d expect the consolidative pattern from 1.1968 to complete sooner or later, with a break of 1.1968 resistance to 1.2222. In this case, GBP/CHF would have an upper end over Swiss Franc. 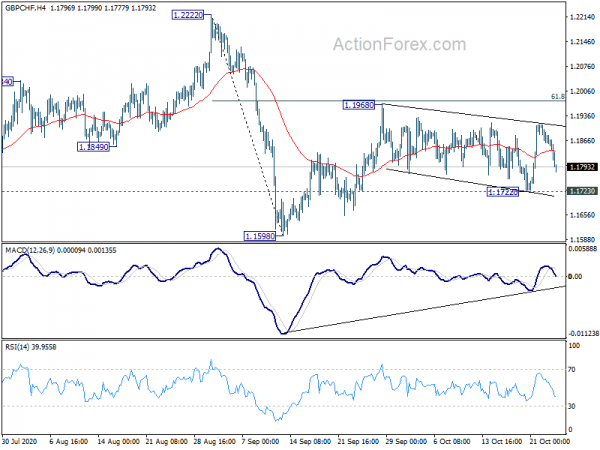 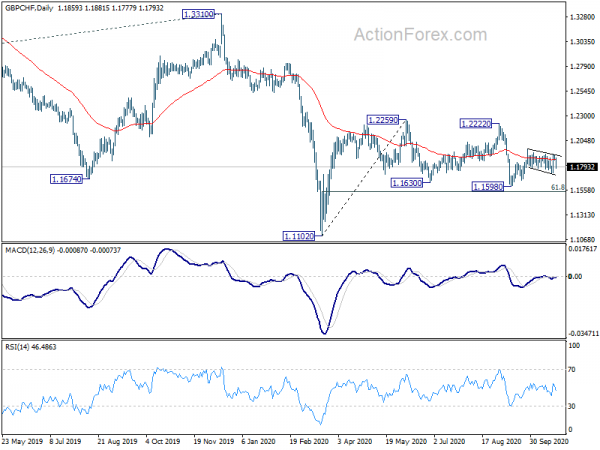 The above three views couldn’t hold at the same time and that makes us skeptical about the pictures that we see (or the way we see them). Anyway, while Euro was strong, we’ll remain cautious for now and see how things would finally play out.

Dollar index headed lower, but break of 91.74 not expected yet

As for Dollar index, it headed lower last week, after prior rejection by 55 day EMA. That’s in a large part thanks to the sharp fall in USD/JPY. While further decline is in favor this week, we’re still not expecting a clear breakout through 91.74 low yet. We’d anticipate more hesitation on either side until US elections. But the index would at least need to get above 55 day EMA before really clearing downside risks. We’ll see.

EUR/USD’s rebound form 1.1612 resumed last week and hit as high as 1.1880. Though, a temporary top was formed with subsequent retreat. Initial bias is neutral this week first with another rise in favor. Break of 1.1880 will target a test on 1.2011 high. On the downside, though, break of 1.1688 will likely extend the corrective pattern from 1.2011 with another leg. Intraday bias will be turned back the downside for 1.1612 and below. 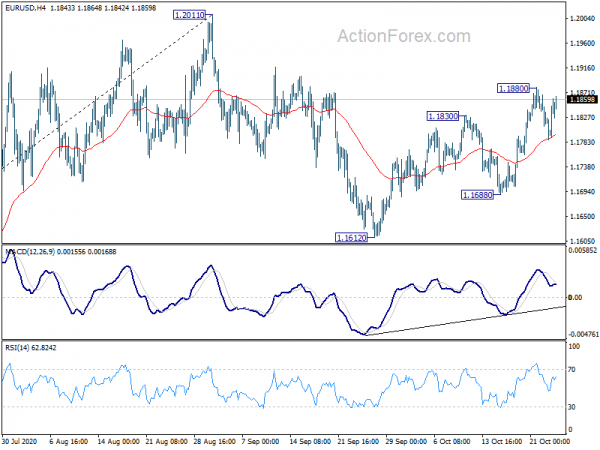 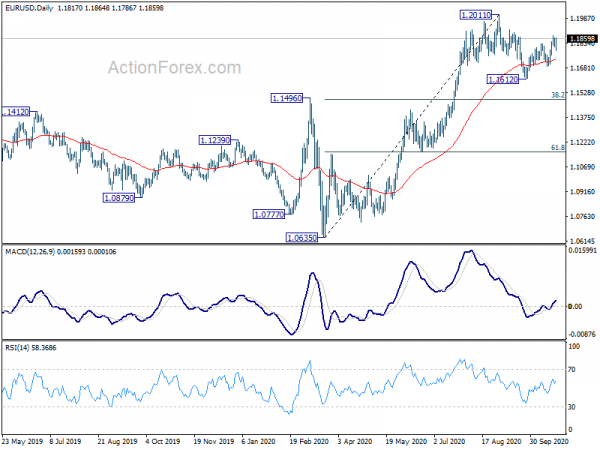 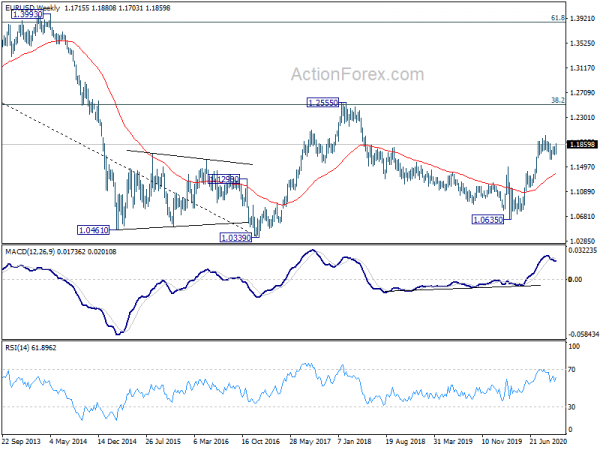 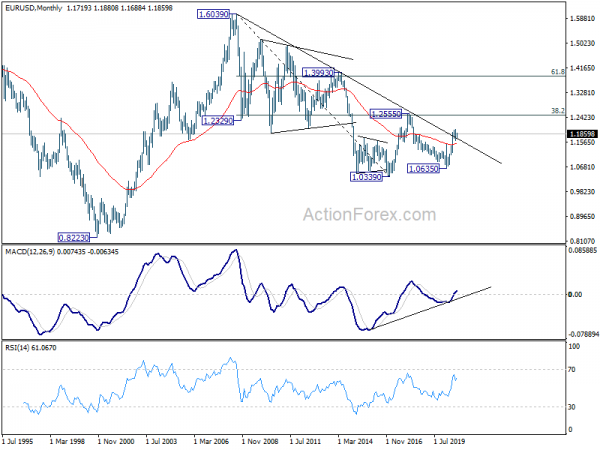