Yen and Franc in Spotlights Again as Earnings Shook Markets

It’s not Omicron nor Fed rate hike, but earnings. Bullish investors appeared to have finally gave up after disappointing Netflix report last week. NASDAQ led other major indexes sharply lower, and dragged down cryptocurrencies too. Given that Apple and Tesla will come next, there is risk of even more downside pushes in sentiments.

In the currency markets, Yen and Swiss Franc ended as the strongest ones while Dollar was a distant third. New Zealand Dollar was the worst performing, facing additional pressure from selloff against Aussie. Sterling was the second worst followed closely by Euro. Canadian Dollar was actually very resilient, as support from extended rally in oil prices, but starts to look vulnerable too.

The free fall in NASDAQ was a surprise, even more so the strong break of 14100 cluster support level. The break of 55 week EMA on the back of bearish divergence condition in weekly MACD is a rather bearish development. NASDAQ could now be in correction to the whole up trend from 6631.42 (2020 low). 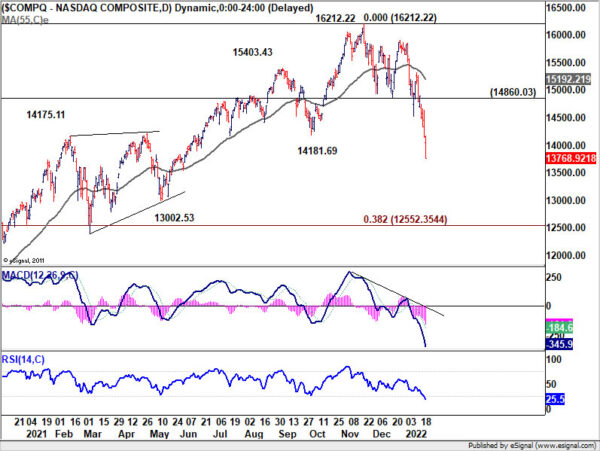 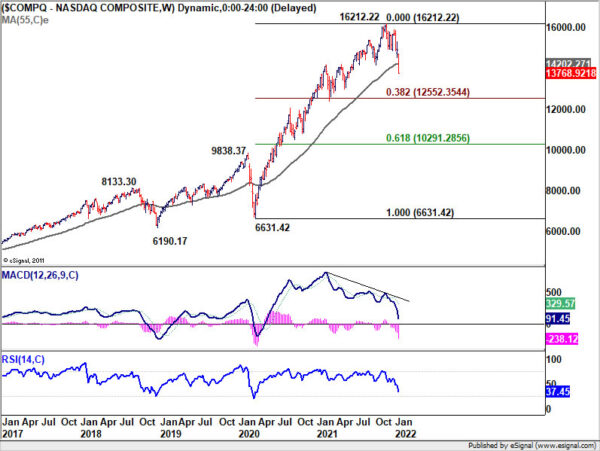 S&P 500 in medium term correction too? 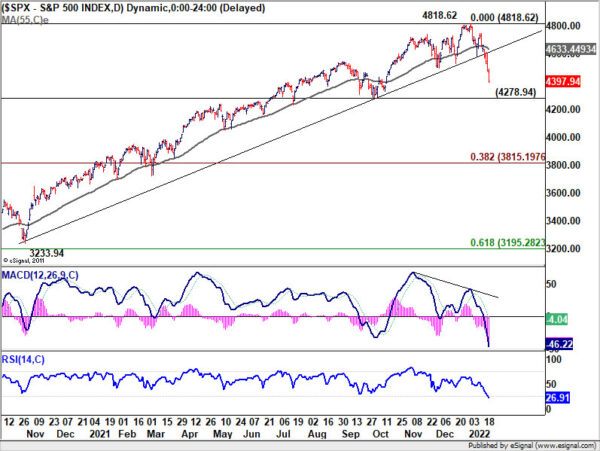 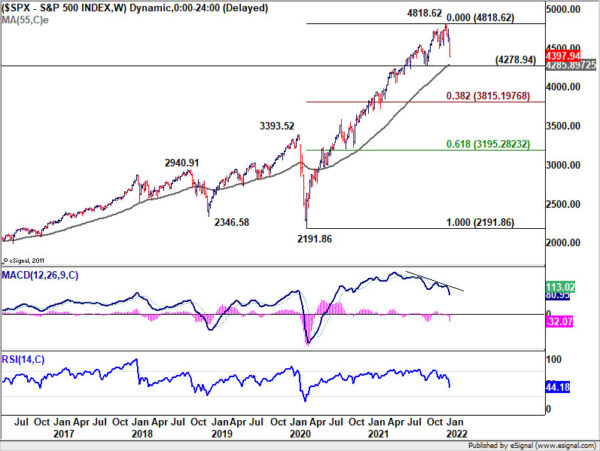 DXY recovered ahead of 93.97 fibonacci level

Dollar index extended the recovery from 94.62 and closed above 55 day EMA, indicating some stabilization. There is no change in the view that price actions from 96.93 are merely correcting the up trend from 89.20. That is, in case of another fall, strong support is expected from 38.2% retracement of 89.20 to 96.93 at 93.97 to contain downside.

However, sustained break of 93.97 will argue the trend might have reversed and deeper fall could be seen to 61.8% retracement at 92.15 and possibly below. 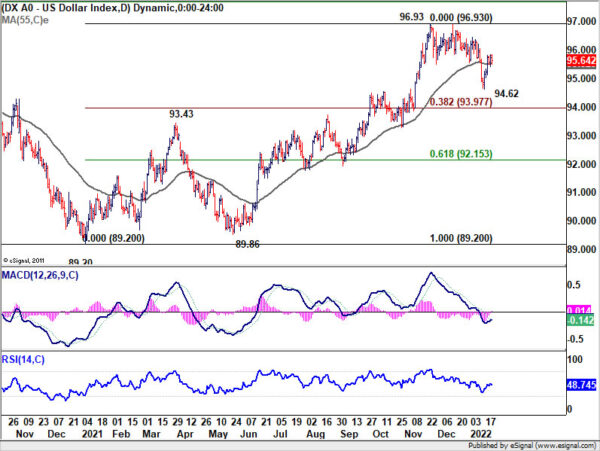 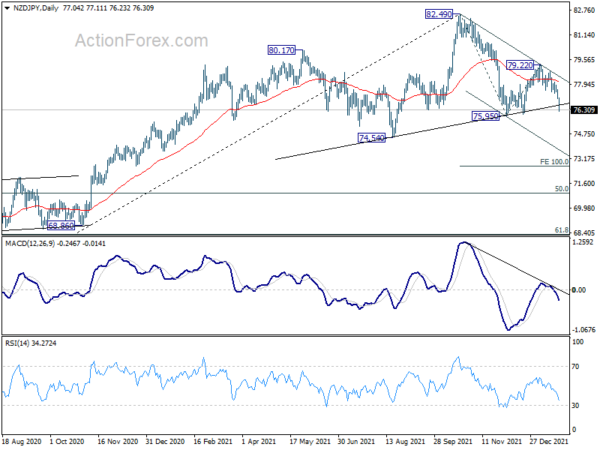 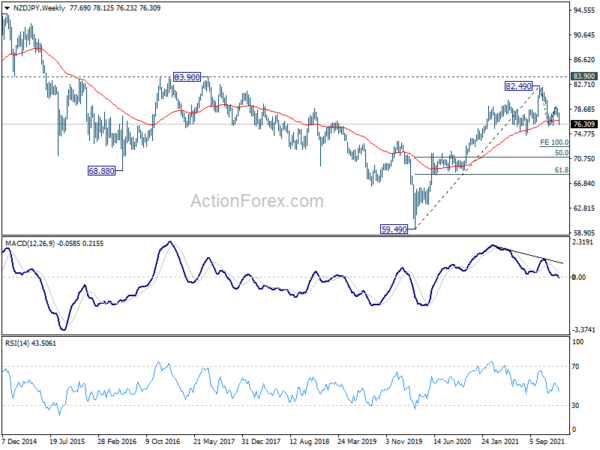 GBP/CHF to extend the correction from 1.3070 with another leg.

GBP/CHF was also one of the bigger movers, losing -1.12%. The development suggests that rise from 1.2134 has completed at 1.2606 already, after rejection by medium term falling trendline. The pattern from 1.3070 is probably now in its fifth leg. Further decline should be seen through 1.2134 low. 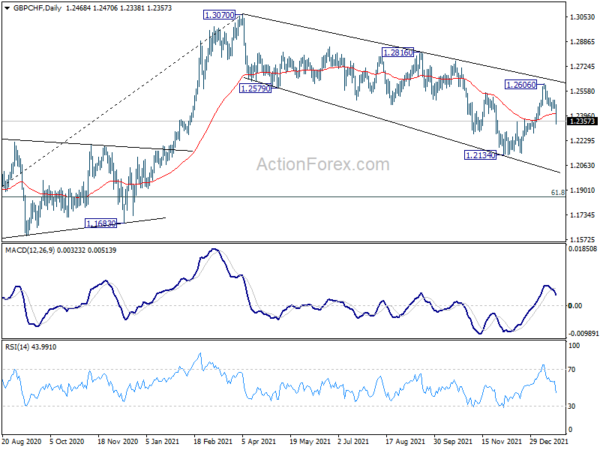 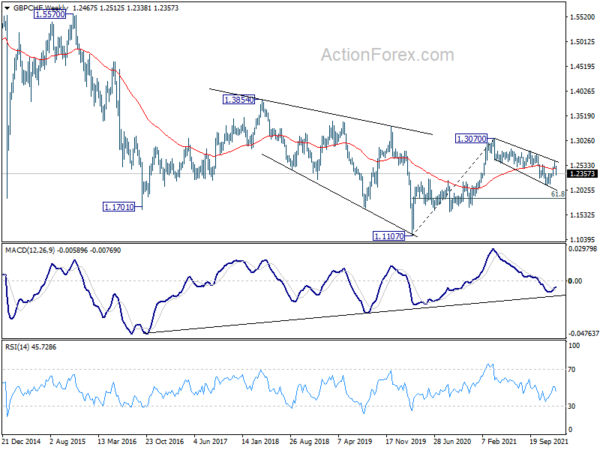 Bitcoin extends down trend, to bottom above 29261

Nevertheless, break of 41908 support turned resistance is needed to be the first sign of bottoming, or risk will stay heavily on the downside even in case of recovery. In an unlikely more bearish scenario, bitcoin could extend the down trend to 100% projection at 25023 if it couldn’t defend 30k handle. 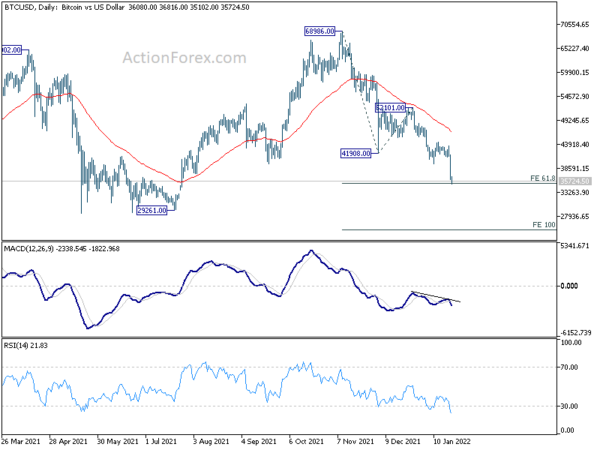 USD/CAD’s late rebound and break of 1.2569 minor resistance last week suggests short term bottoming at 1.2448, after touching trend line support. Initial bias is back on the upside for 1.2619 support turned resistance first. Firm break there will argue that whole pull back from 1.2963 has completed and bring stronger rally through 1.2812 to retest 1.2964. Nevertheless, rejection by 1.2619, followed by break of 1.2448, will retain near term bearishness for deeper decline to 1.2286 support next. 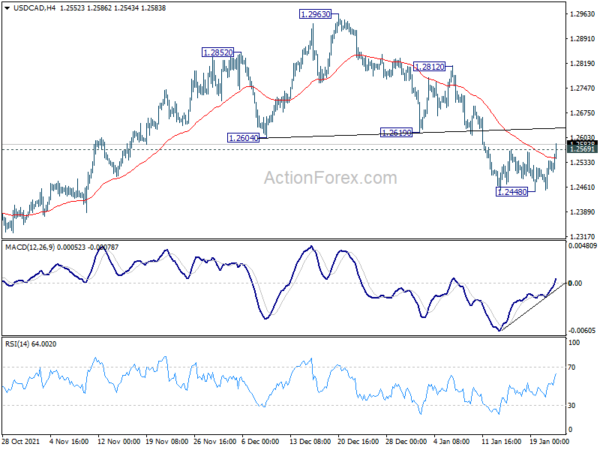 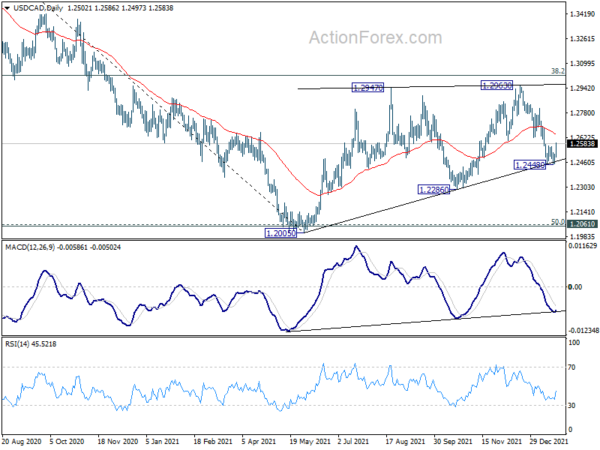 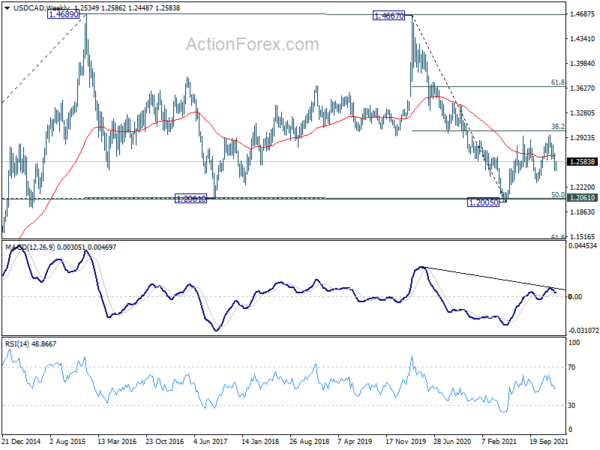 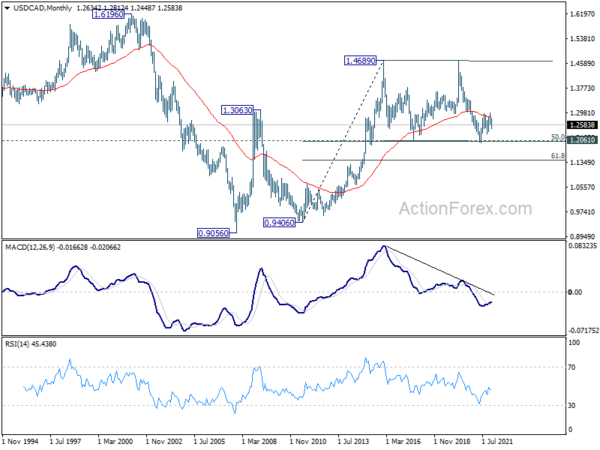