The FOMC meeting turned out to me more hawkish than expected and markets are now pricing in four to five hikes this year, instead of three. Dollar was given a strong boost and surged broadly to end as the strongest one. Nevertheless, reactions in the stock markets, while wild, were not pessimistic. Sterling followed as the second strongest, as inflation outlook is going to push BoE for a hike again this week.

Australian Dollar was the worst performing one as RBA is clearly lagging behind Fed on tightening, followed by New Zealand Dollar. Both were also weighed down by risk aversion in Asia, in particular in China and Hong Kong markets. Euro and Swiss Franc were mixed together with Canadian, but the latter was support by persistent strength in oil price.

The FOMC meeting last week came out more hawkish than expected. A March rate hike is pretty much confirmed as Fed said ” it will soon be appropriate to raise the target range for the federal funds rate.” Also, Chair Jerome Powell didn’t rule out 50bps rate hikes, and indicated that every meeting is “live”. 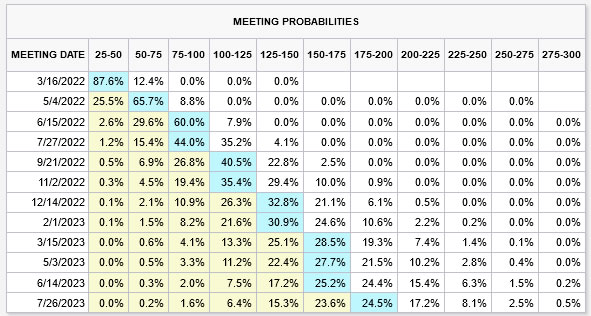 S&P 500 closed the week with gain, but correction not ended yet 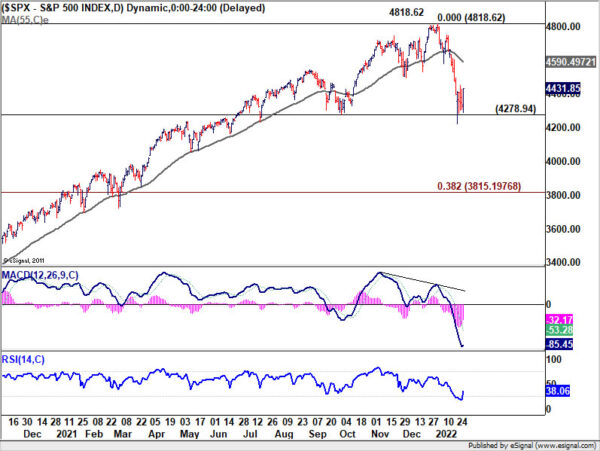 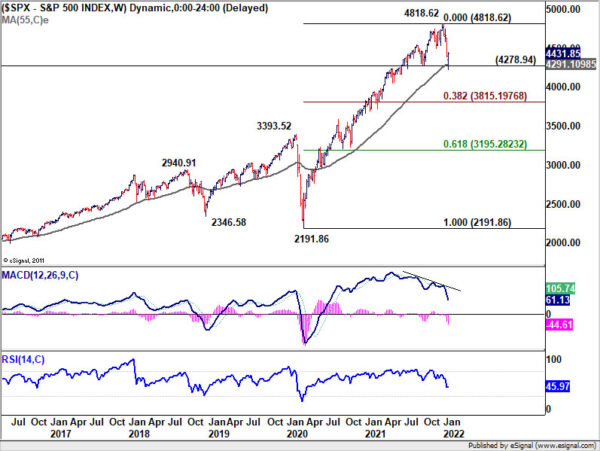 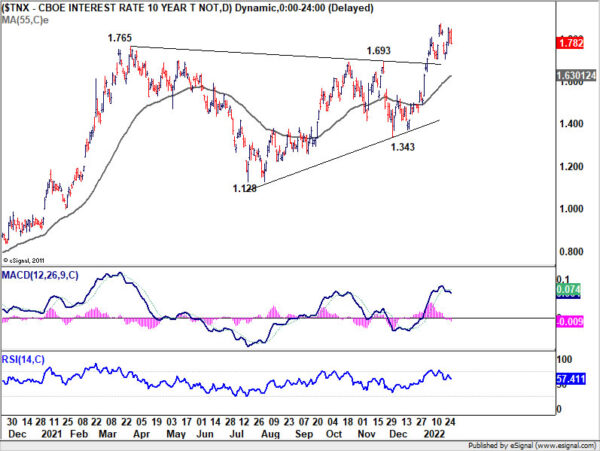 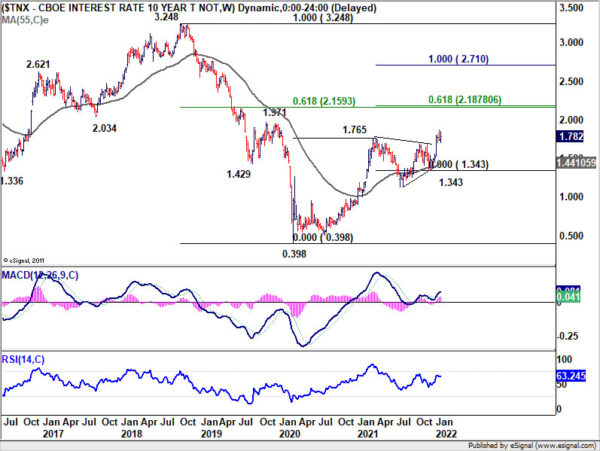 Dollar index extending up trend, 99/100 as next target 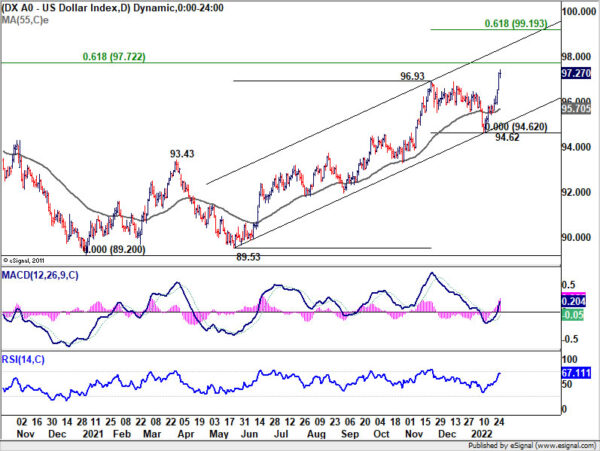 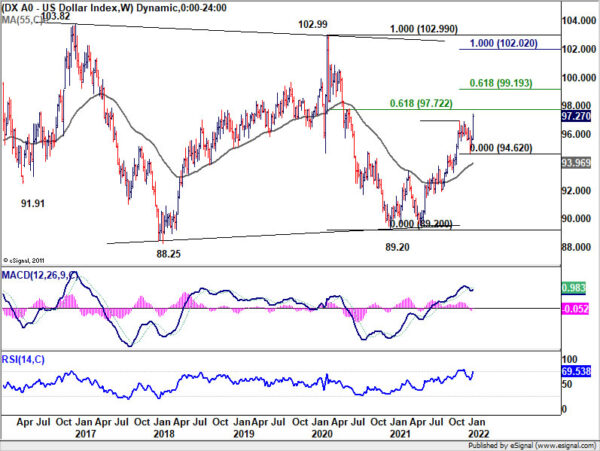 NZD/USD resumed down trend to target 0.6372 projection level next 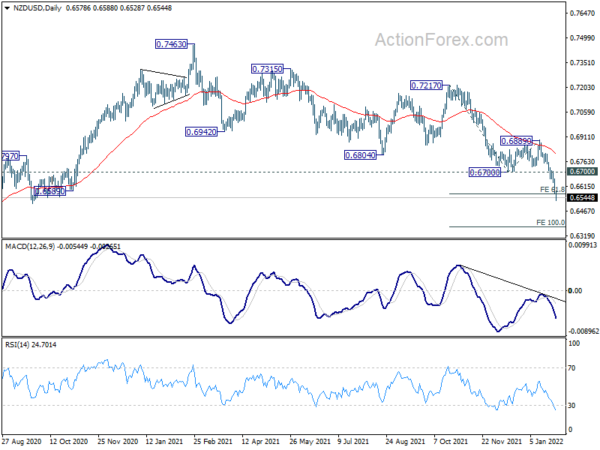 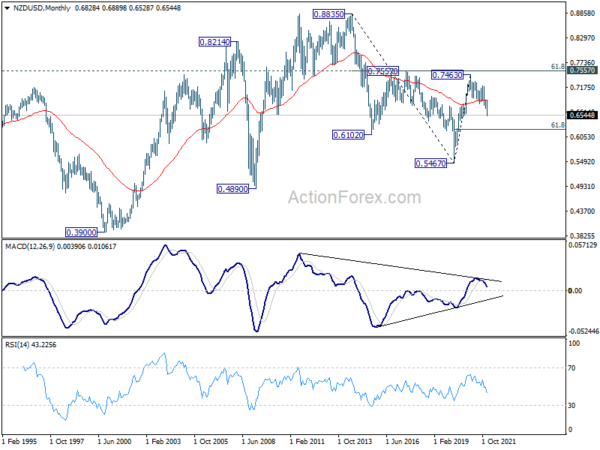 Meanwhile, the break of 55 month EMA, with monthly MACD turning positive, is promising for the long term outlook. GBP/AUD might on on track to head back to 2.084 high, as part of the long term range pattern. Yet, it will have to overcome the above mentioned 1.9198 level with some conviction first. 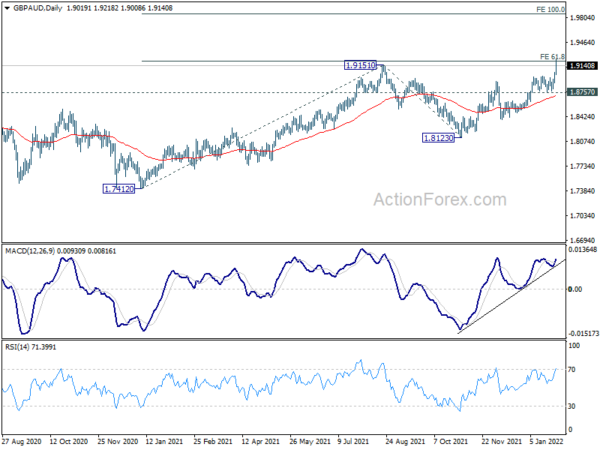 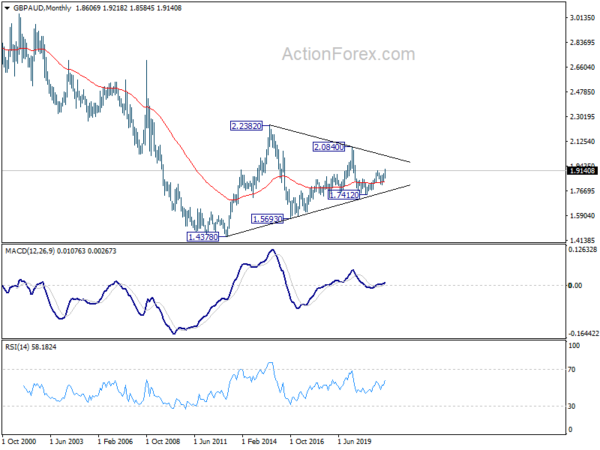 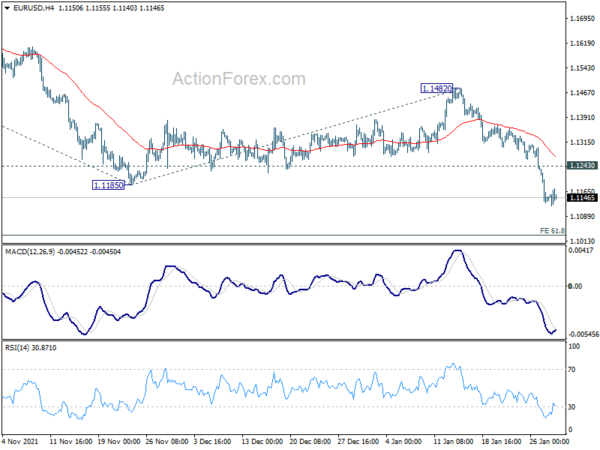 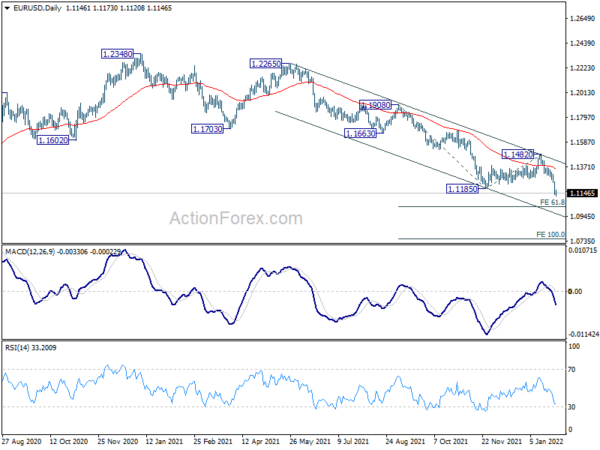 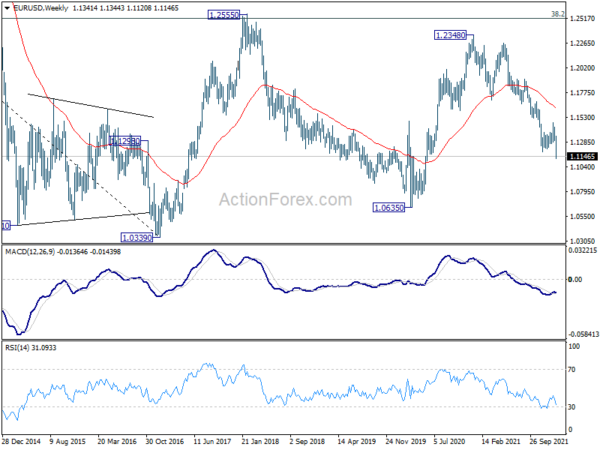 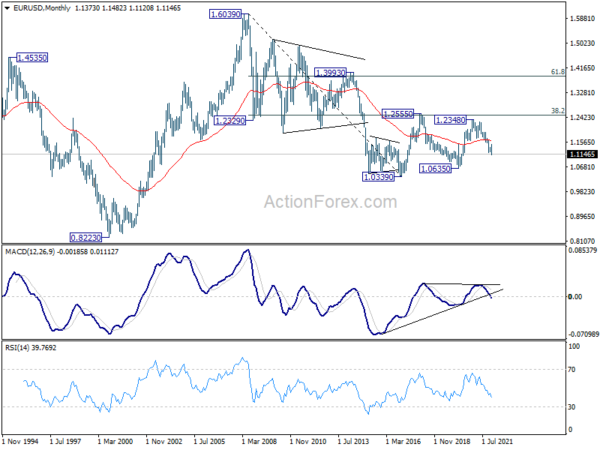