It’s another poor week for Yen following the rally in benchmark treasury yields in US and Europe. It should be noted again that BoJ has a 0.25% cap on 10-year JGB yield, and thus, gaps are widening. Sterling was a distant second weakest, on risks of stagflation while Swiss Franc also softened.

Canadian Dollar was the best performer following BoC’s hawkish rate hike and rhetoric, rally in oil prices. Aussie was the second strongest, as RBA would play catch up to other central banks. Dollar was not performing too badly, ended as the third, but it’s upside is somewhat capped by widening yield spread with Germany.

Germany 10-year bund yield rose to a new 8-year high last week, before closing strongly at 1.279. The development came as markets are confident that ECB will announce the end of asset purchases this week, and set the stage for rate hike in July. The main question is whether the deposit rate would exit negative in July or in September. Opinions among ECB officials appeared to be divided. 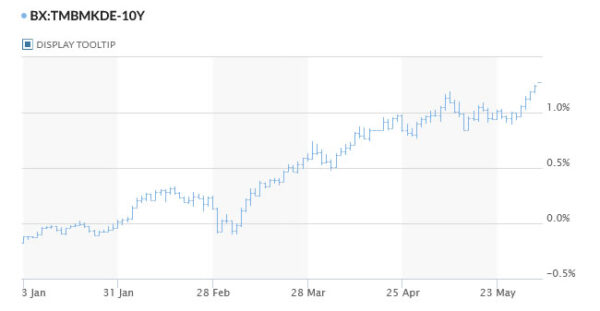 US 10-year yield also rebounded notably to close at 2.957. There were some talks about whether Fed should pause tightening in September to wait-and-see the impacts of the successive 50bps rate hikes. But hawks, who don’t prefer a pause, seem to have a louder voice for now. Still, it would take some drastic development to push TNX through a key resistance level at 3.248 (2018 high). The diverged upside potential in German and US benchmark yield could keep Dollar’s rally against Euro capped somewhat. 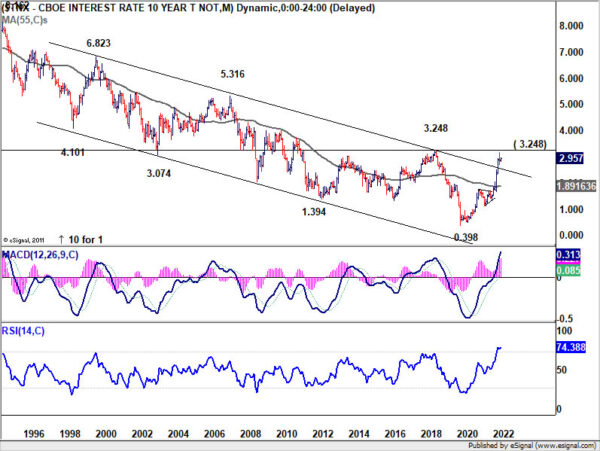 Dollar index recovered after hitting 55 day EMA. But that’s mainly due to rally in USD/JPY. Upside momentum of DXY was limited by resilience in EUR/USD. While some volatility might be seen, the corrective pattern from 105.00 would take more time to complete. That is, barring some drastic development, upside of DXY should be limited below 105.00 even if there is a stronger rebound. But considering broad based weakness in Yen, 55 day EMA should hold for longer even if the recovery lost momentum further. 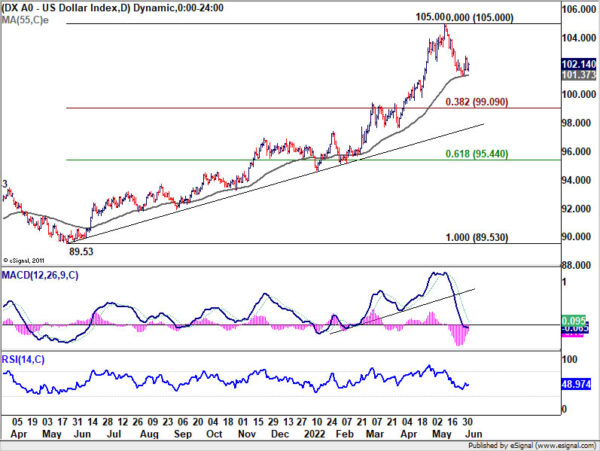 Canadian Dollar was the strongest one last week after hawkish BoC rate hike. Deputy Governor Paul Beaudry later indicated that the policy rate (currently at 1.50%) could need to go through the top end of neutral range of 2-3% to keep inflation expectations well anchored. 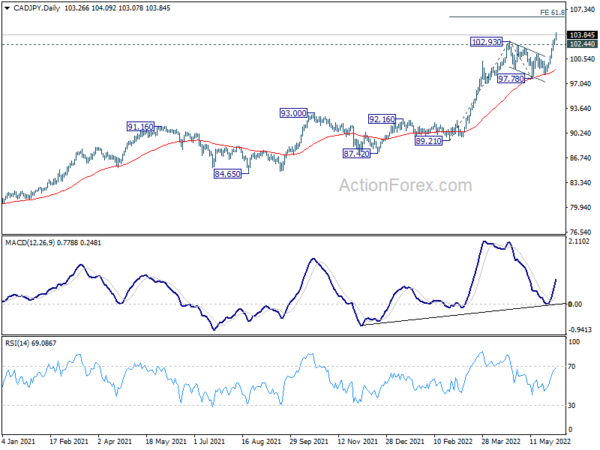 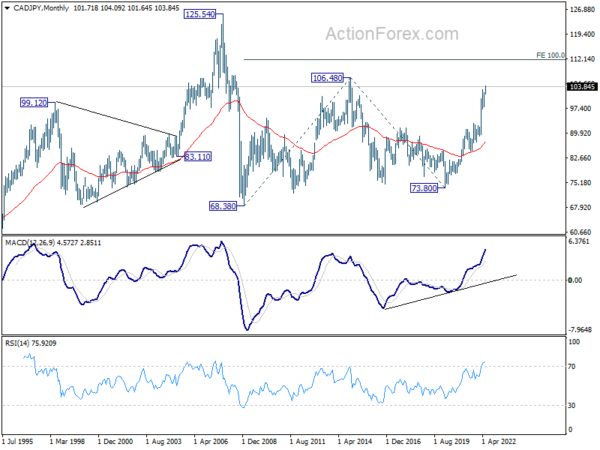 Canadian Dollar was also strong against European majors, in particular Sterling. It appears that British consumers are being more hit but strong inflation. Higher risk of stagflation could keep BoE’s hands tied from aggressive tightening. GBP/CAD resumed recent down trend and broke 2016 low at 1.5746 to close at 1.5723. 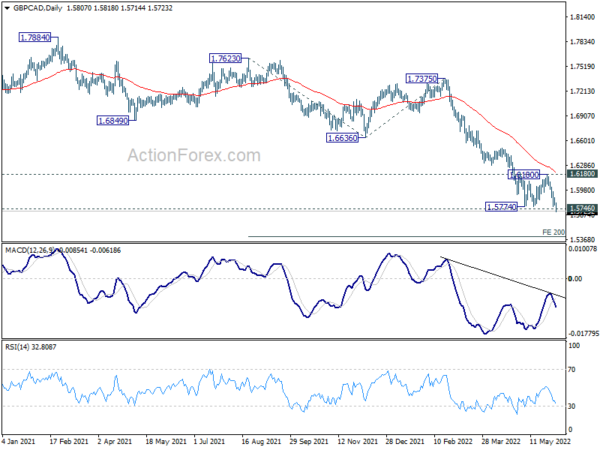 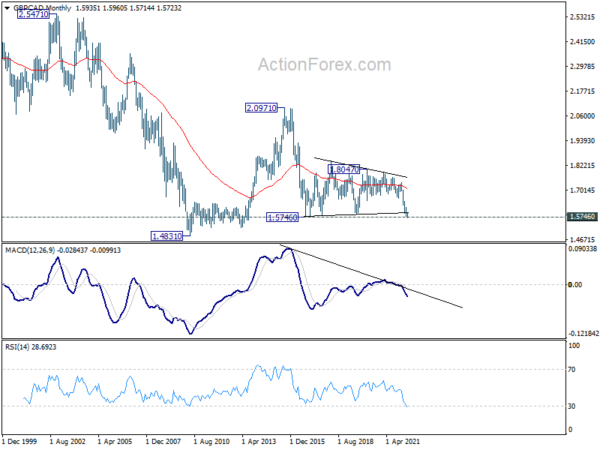 Gold struggled to extend the rebound from 1786.65, on the back of rising global yields and rate hike expectations. The failure to break through 55 day EMA (now at 1876.06) is a near term bearish sign. If benchmark yields continue to rise for the near term, there is prospect of Gold breaking through 1828.29 minor support, and then 1786.65 to resume the decline from 2070.06. 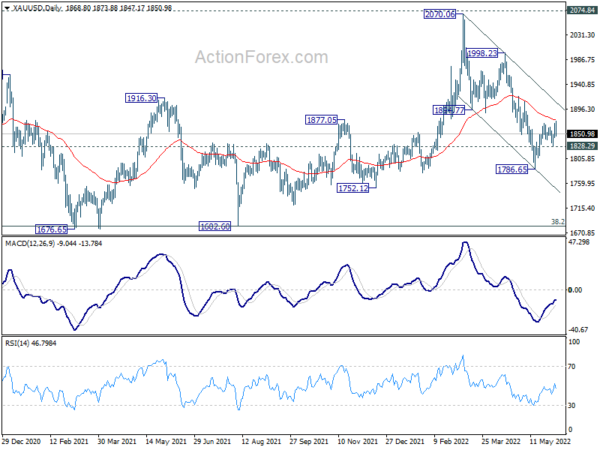 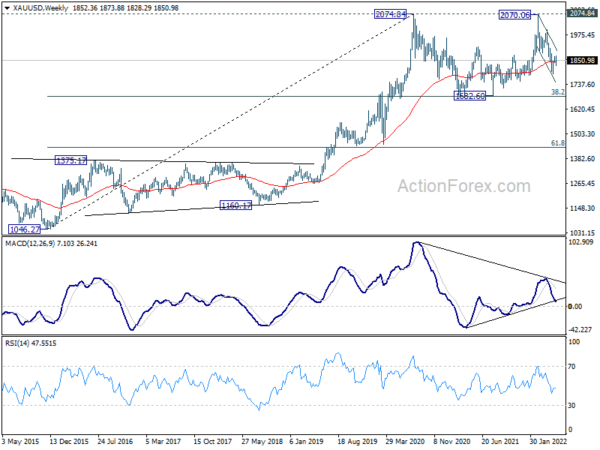 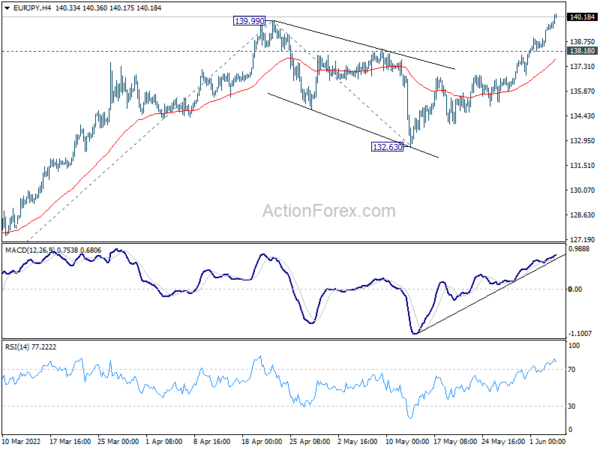 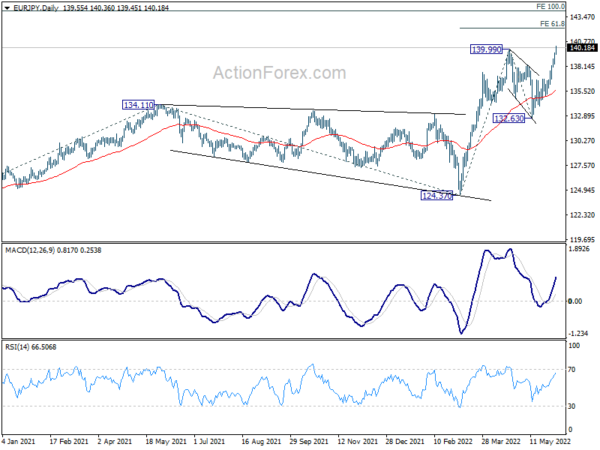 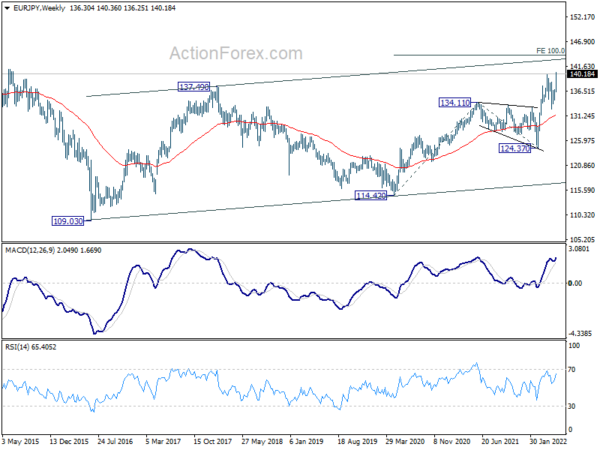 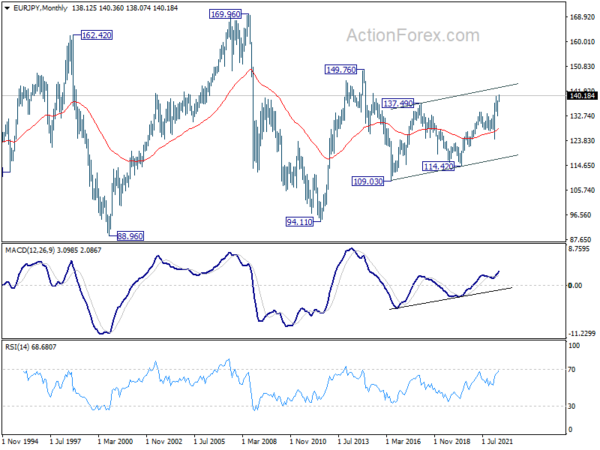