Dollar and Euro ended as double winners of the week. The greenback was boosted by solid economic data from the US, including non-farm payrolls, risk aversion, and rising yields. On the other hand, ECB policy makers were singing a hawkish chorus which prompted expectation of a 75bps rate hike at the September 8 meeting.

Yen was the biggest looser on the back of rising benchmark yields in the US and Europe. BoJ is also clearly maintaining a dovish stance. Yen was also pressured on heightened geopolitical tension in the Taiwan Strait, with repeated military provocation by China using drones.

But Sterling was not too far away from Yen, as UK’s outlook, which is already in recession, looks dim. Swiss Franc is paring some of recent gains, as Euro recovered. Commodity currencies were mixed, with Canadian Dollar having a mild upper hand against Aussie, for expectation of a 75bps BoC hike and a 50bps RBA hike this week.

NASDAQ had the third straight week of decline as fall from 13183.08 accelerated lower. Prior rejection by 55 week EMA (now at 12962.21) is clearly a medium term term bearish signal. But it should be noted that there is an important cluster support level slightly above 10k psychological level.

So, while deeper fall is expected as long as 55 day EMA (now at 12179.80) holds, and breach of 10565.13 low cannot be ruled out. There should be strong support around 10k to bring reversal. And, if happens, firm break of 10k will indicate that something dramatic is happening. 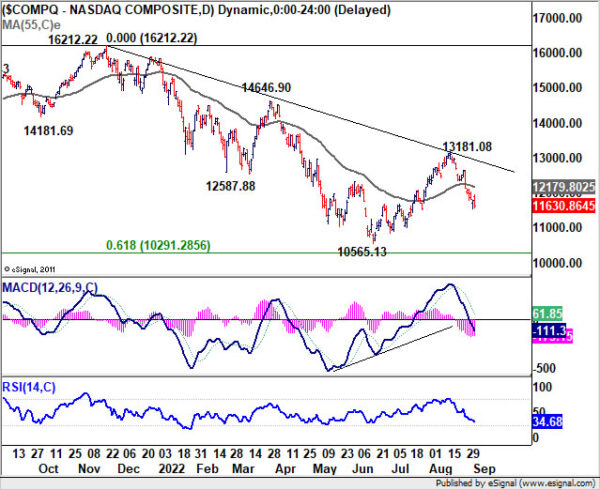 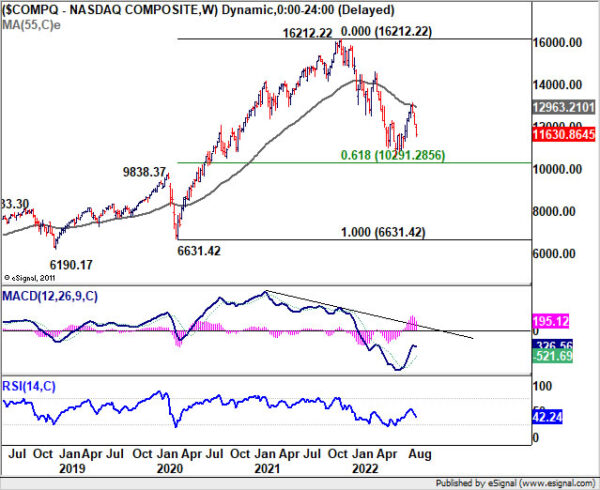 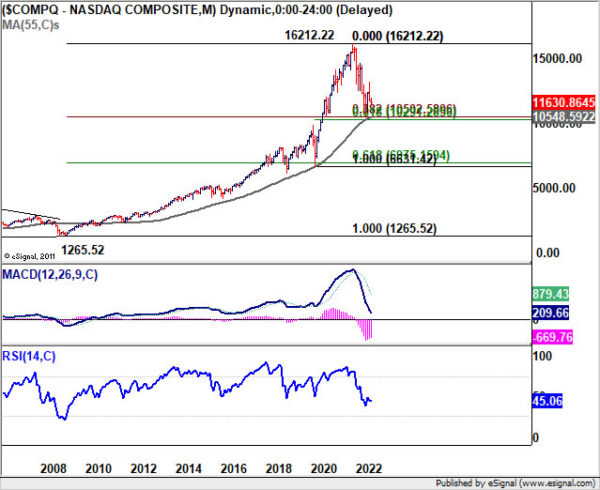 10-year yield’s rebound from 2.525 extended last week, break through 3.101 resistance and hit as high as 3.295. While further rise is in favor for the near term, firm break of 3.483 high is still not anticipated yet. There should be one more falling leg before corrective pattern from 3.483 completes. Break of 3.008 support will suggest that such third leg has started back towards 2.525. 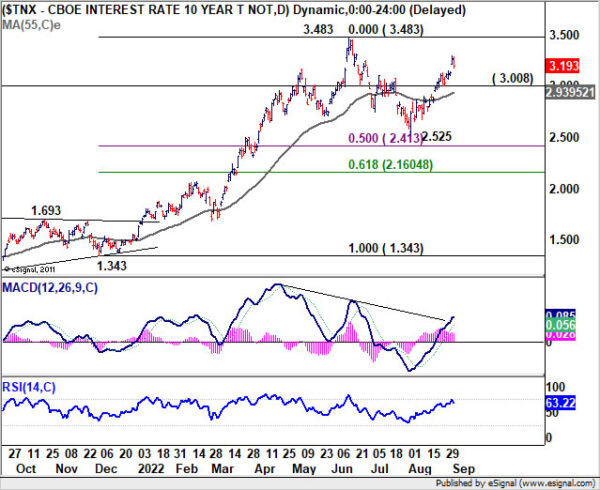 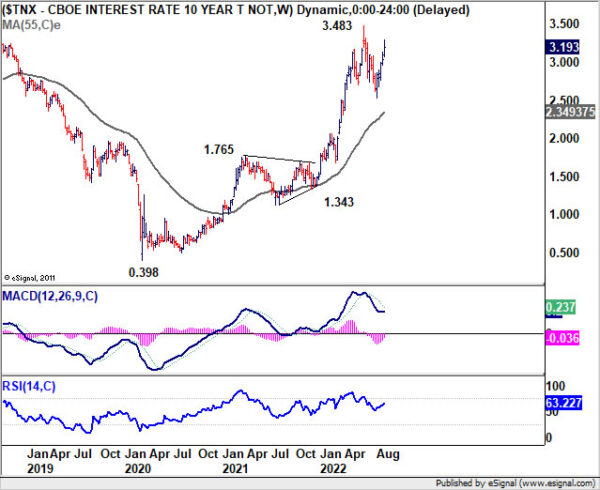 Dollar index extending up trend towards 112.63 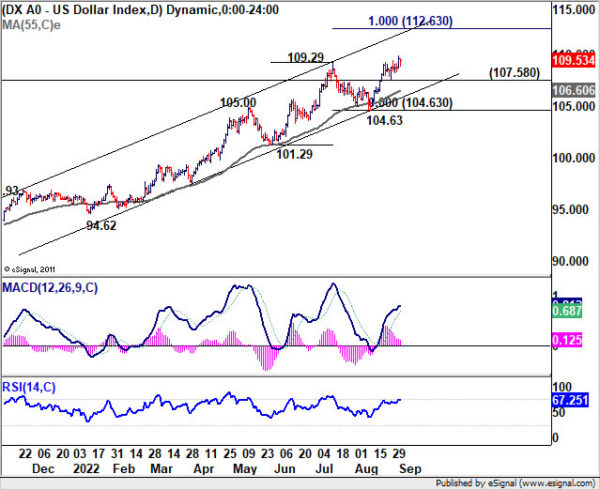 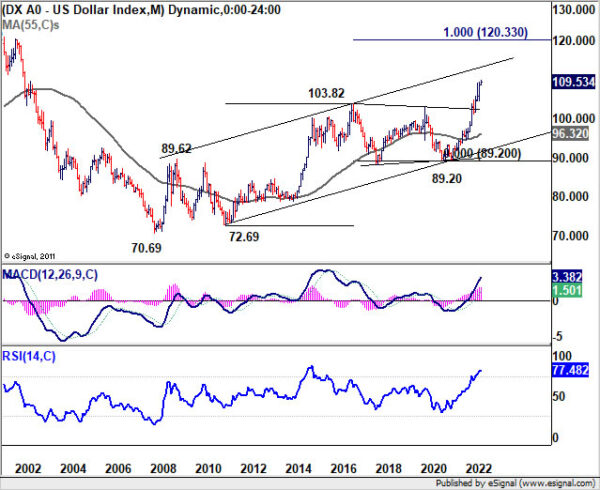 While Dollar and Euro was strong, Canadian Dollar performed not too badly. The Loonie is supported by expectation of BoC rate hike of 75bps on September 7.

However, sustained break of 1.4831 will will indicate multi-decade down trend resumption for 100% projection at 1.2822 in the medium term. 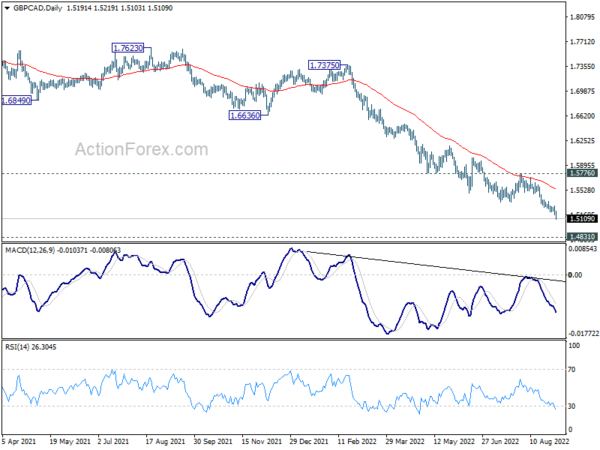 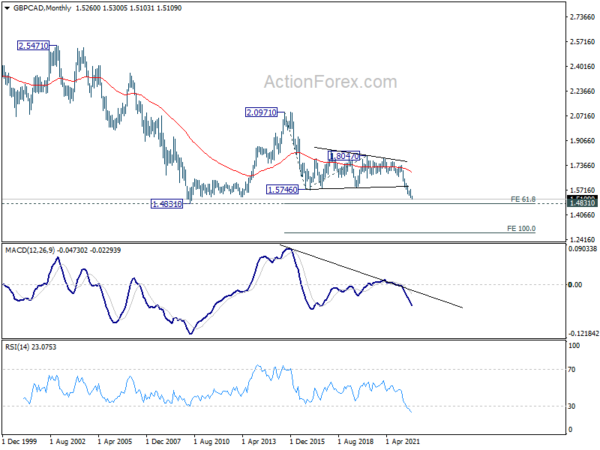 Also, the development in GBP/CAD would very much depends on whether GBP/USD would break through 1.1409 (2020 low) decisively, and subsequent downside momentum. 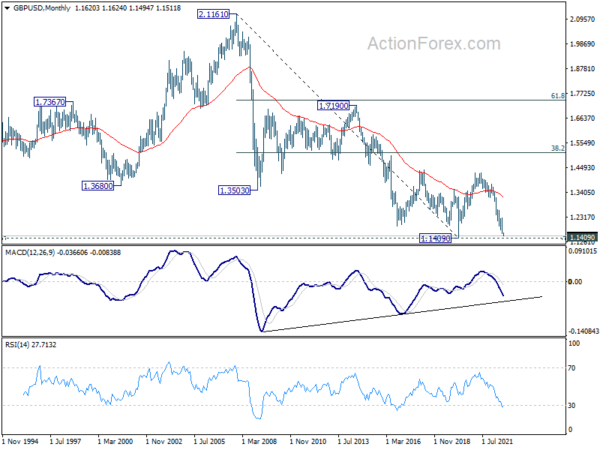 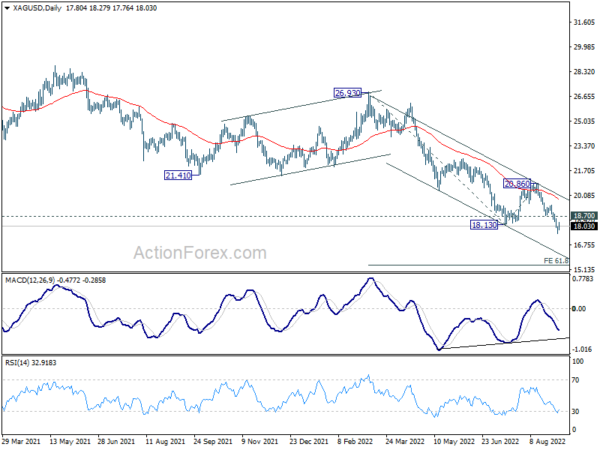 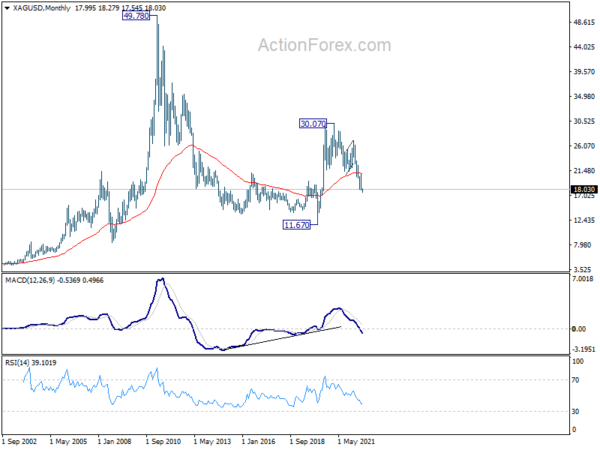 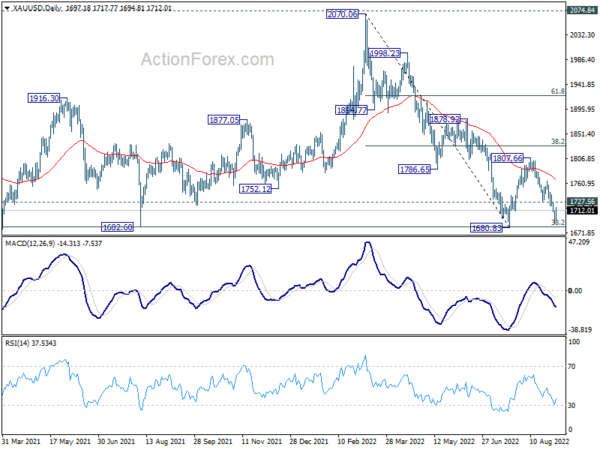 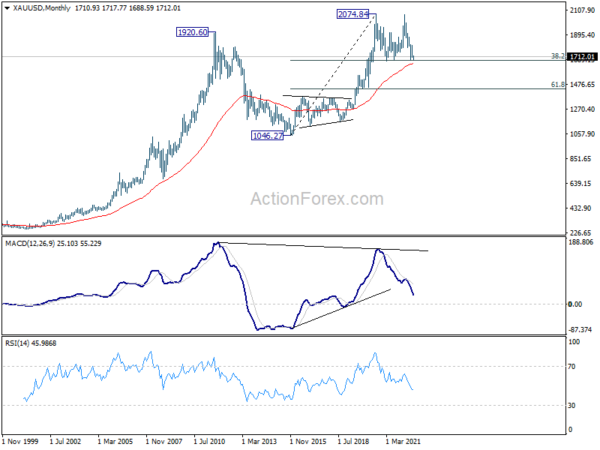 USD/JPY’s up trend resumed last week by breaking through 139.37 and hit as high as 140.79. Initial bias stays on the upside this week. Next target is 100% projection of 126.35 to 139.37 from 130.38 at 143.40. Sustained break there could bring upside acceleration of 147.68 long term resistance. On the downside, below 138.04 minor support will turn intraday bias neutral and bring consolidations first, before staging another rally. 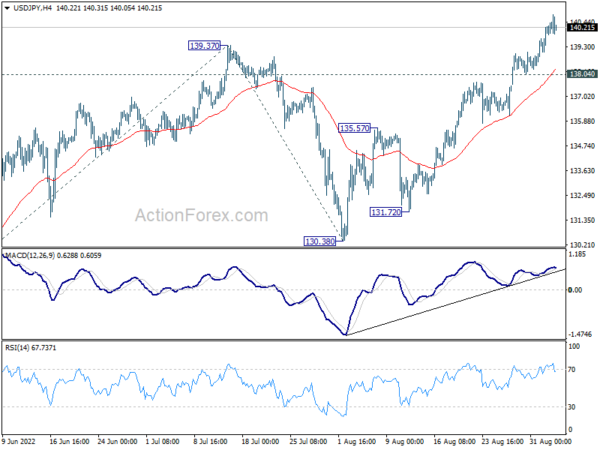 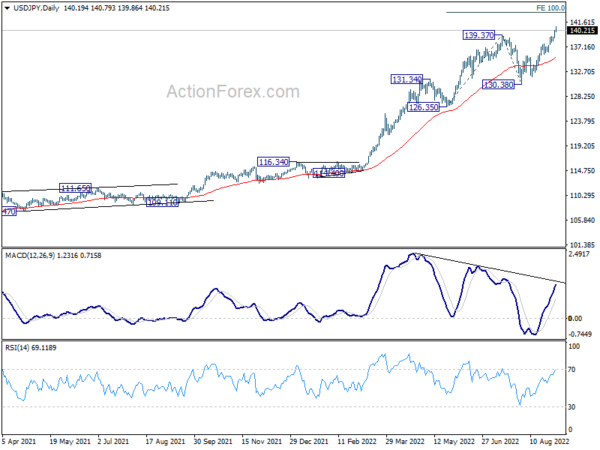 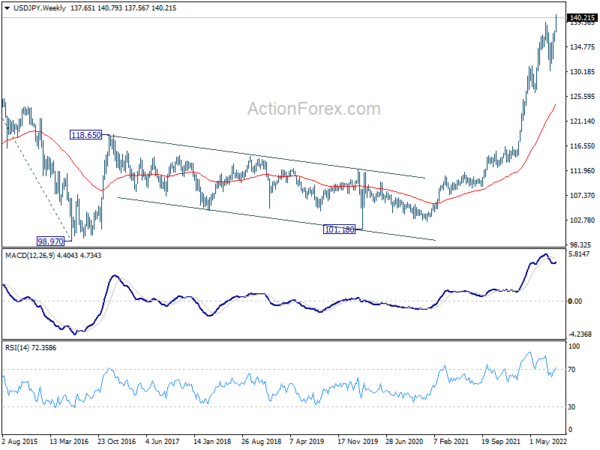 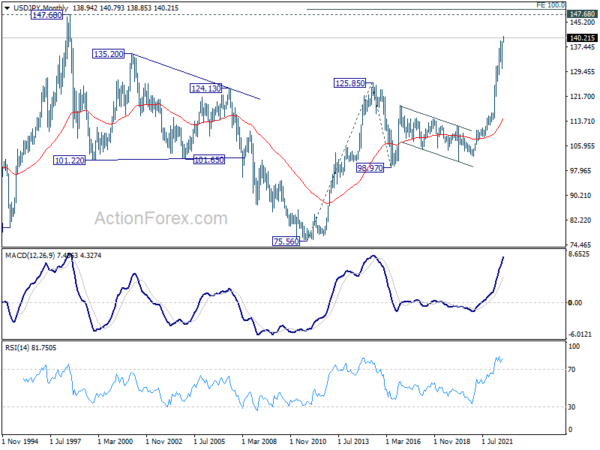