It was a week full of high profile events and much volatility was seen. But in the end, most forex pairs and crosses ended inside prior week’s range. Canadian Dollar closed as the second strongest, next to Kiwi, thanks to strong October job numbers. In addition, the Loonie was lifted further as WTI crude oil surged through 55.24 key resistance to resume the up trend that started back in February 2016. Sterling was the weakest one as markets responded negatively to the dovish BoE rate cut. But the pound is stubbornly holding on to key near term support against Dollar, Euro and Yen so far. Dollar ended the week mixed after all the events. FOMC delivered a forgettable statement, Jerome Powell was confirmed as President Donald Trump’s nomination as next Fed chair, House released the tax bill. Nonetheless, resilience of the greenback after non-farm payroll miss could be seen as hint of underlying strength. And Dollar could be back into driving seat soon.

One of the most discussed topic last week as the flattening yield curve. The difference between 10 year yields and 2 year yields dropped to 74.58 basis points, hitting the lowest level since November 2007. The development was highly cited because flattening yield curve has historically been a reliable factor in predicting recessions. Some attributed the flattening to Powell, who is expected to carry on the policy path laid by Fed chair Janet Yellen. That is, Fed is still going to hike interest rates in December and three times next year, despite sluggish inflation. On the other hand, some attributed that to the prospect of tax reforms. Either the tax bills would find it too difficult to pass through all legislation to be enacted by December. Or, the eventual tax cuts won’t be as expansionary as economists expected.

But to us, the main reason for the pull back in 10 year yield was a decline in equivalent global yields. UK 10 year gilt yields dropped from Oct 25’s 1.404 to close on Nov 3’s 1.262, with downside acceleration after dovish BoE rate hike. 10 year German bund yields dropped from Oct 25’s 0.482 to Friday’s 0.364, with acceleration after ECB’s tapering "cautious" tapering announcement. It seems that markets are expecting less aggressive global policy tightening.

TNX in consolidation, but stays bullish

US stocks made new record highs 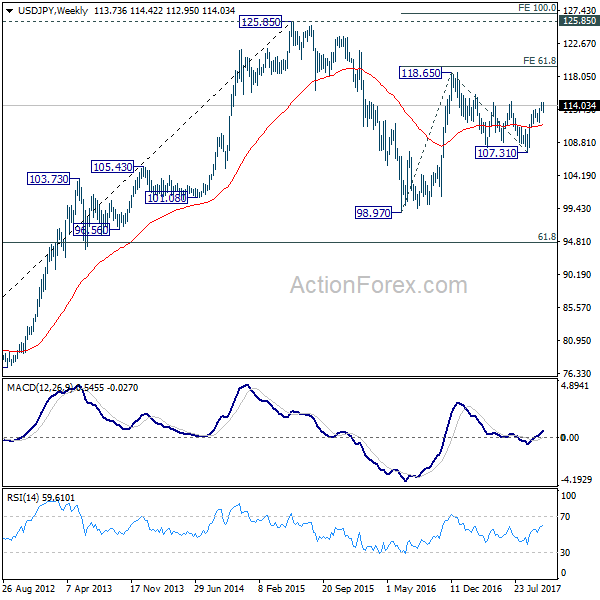 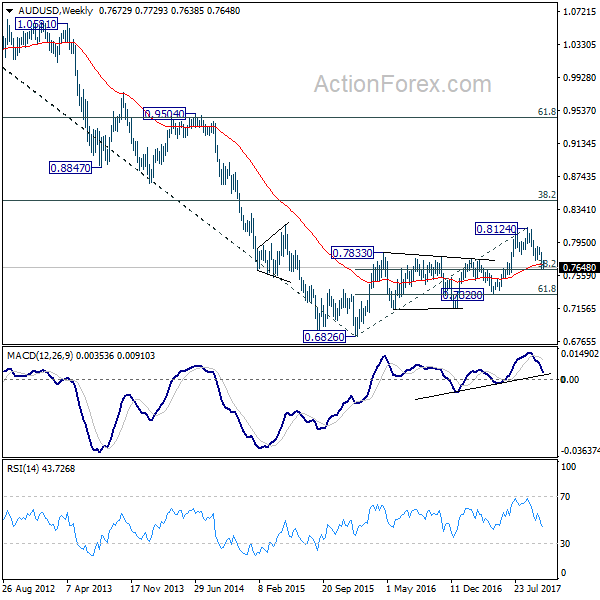 In the longer term picture, long the outlook is turned a bit mixed as GBP/USD failed to break through falling tend line resistance. We’ll stay neutral first and assess the outlook again and price actions unfold. 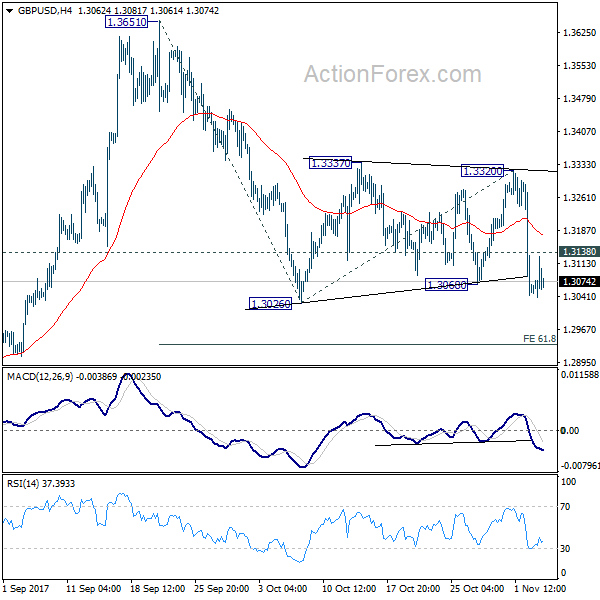 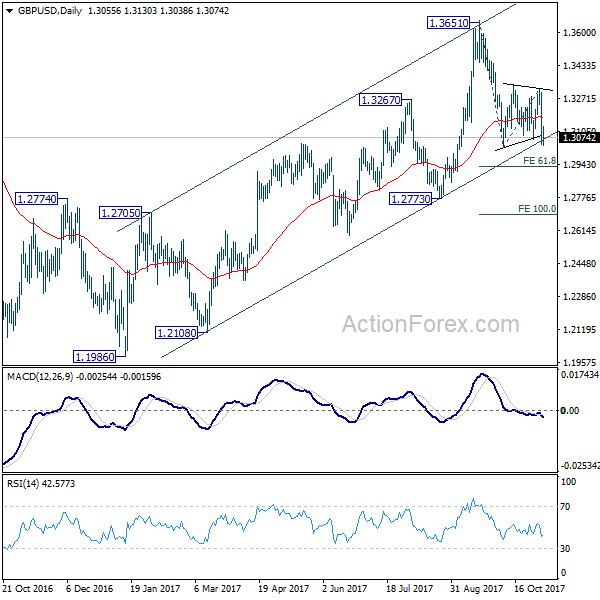 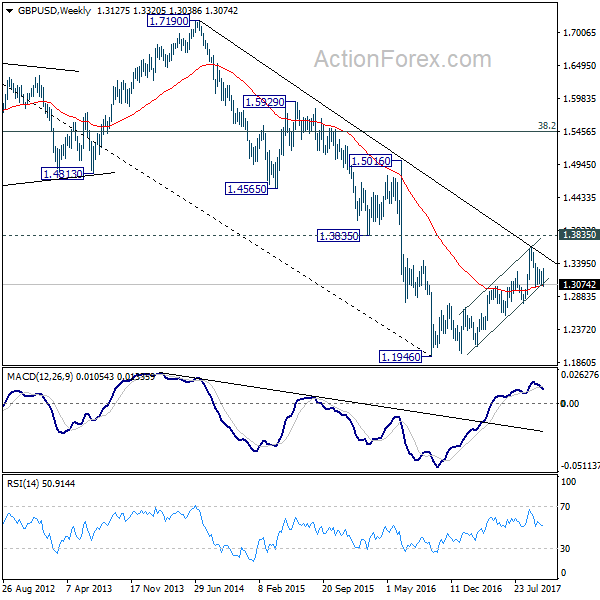 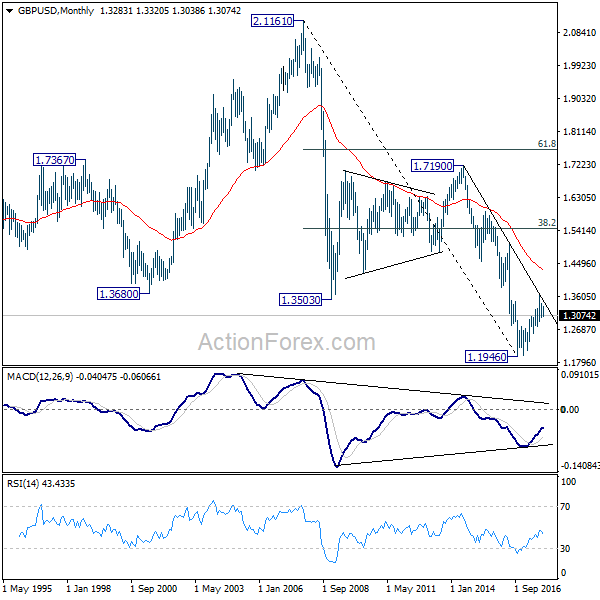