Euro Jumped on Improving German Economic and Political Outlook; Dollar Softened ahead of “Make or Break” Week for Tax Plan

Euro surged broadly last week as economic data suggested a "boom" in Germany ahead. Also, political situation in Germany has improved. Ending as the strongest currency, Euro also took Sterling and Swiss Franc high. On the other hand, Dollar ended as the weakest one as traders held their bet during thin holiday trading. The US tax plan is entering into a "make or break" week. Despite sharp rally in oil price, Canadian Dollar ended as the second weakest one as data suggested that BoC would remain on hold. Aussie and Yen were both weak too. We perceive the rout in China stock markets as a factor in pressuring both.

German President arranges a talk between Merkel and SPD Schulz

Euro was the star performer last week as boosted by improving political situation in Germany as well as economic outlook. Center-left SPD, Chancellor Merkel’s ex-coalition partner, is now back in the picture after they expressed the willingness to talk to CDU/CSU. President Frank Walter Steinmeier, an SPD member, will hold a meeting between Merkel and SPD leader Martin Schulz next week. There were calls within in the SPD last week for a rebirth of the grand coalition and Schulz appeared to have softened his stance as he said "nothing automatic" on the party’s direction. And he added further that  "if a discussion results in us deciding to participate in any form whatsoever in the formation of a government, we will put it to a vote of party members."

The options here are that firstly, SPD could rejoin the government and Merkel will likely have to turn a bit left to accommodate SPD. Secondly, Merkel could form a minority government with Greens with promises from SPD for backing on some key issues. But Merkel has made herself clear that she doesn’t want a minority government. President Steinmeier could call for a new election if all the talks finally fail. The situation is still rather unclear for Germany. Nonetheless, it certainty looks bright than a week ago.

German Ifo suggested a "boom" ahead

Additional, German Ifo business climate jumped to 117.5 in November up from 116.8 and beat expectation of 116.5. More importantly, that’s the highest reading on record. Expectation gauge rose to 111.0, up from 109.2, beat expectation of 108.8. Current assessment gauge, however, dropped to 124.4, down from 124.8 and missed expectation of 125.0. Ifo head Clemens Fuest said that "sentiment among German businesses is very strong." And, "this was due to far more optimistic business expectations. The German economy is on track for a boom.

On the other hand, Dollar was under much selling pressure last week, in particular against Euro and Yen. One reason was that traders were holding their bets on the greenback in thin holiday trading, ahead of developments of tax plan in the Senate this week. It’s seen as a make or break week for the Republican’s tax plan as the Senate would hold a floor vote as early as on Thursday. Republican holds a very slim 52 majority in Chambers and cannot afford losing more than two votes. President Donald Trump will meet with Senate Republicans as the US Capitol on Tuesday.

Secondly, the greenback is pressured by FOMC minutes, which expressed concerns on inflation outlook. On the one hand, the minutes did imply that a December rate hike is a done deal. On the other hand, the minutes revealed a detailed discussion over the possibility of persistent weakness on inflation. As noted, ‘several’ members expressed concerns that ‘persistently weak inflation data could lead to a decline in longer-term inflation expectations or may have done so already’. They noted the ‘diminished responsiveness of inflation to resource utilization, to the possibility that the degree of labor market tightness was less than currently estimated, or to lags in the response of inflation to greater resource utilization as plausible explanations for the continued soft readings on inflation’.

Dollar index heading back towards 91.01 low

Stock market rout in China is also see as another key factor in driving Yen higher last week (even though it’s overshadowed by European majors). The SSE composite failed to break through 3450.49 high and suffered steep selloff on Thursday and Friday. The Close below 55 day EMA (now at 3371.88) together with bearish divergence condition in daily MACD, suggests that rise from 3016.53 has made a top at 3450.59. And deeper correction would likely be seen in near term to 38.2% retracement of 3016.53 to 3450.49 at 3284.71.

It’s very very early to decide whether 3450.49 is an important top. But there are two things to consider. Firstly, medium term projection from 2638.30 to 3301.21 from 3016.53 at 3426.20 was met and strong resistance was seen there. Secondly, and more importantly, price actions from 2016 low at 2638.30 are clearly corrective. 55 week EMA at 3245.60 is a key level to watch. The medium term rise would still be in favor to extend as long as this support holds. However, sustained break there could reverse the trend and send the index through 3016.53 key support. In that case, AUD/JPY could follow lower.

Our AUD/USD short (sold at 0.7624) was stopped out at 0.7624 last week as the pair rebounded, breaking even. That was mainly driven by Dollar’s weakness mentioned above. And it has nothing to do with Aussie strength. The greenback may take some more time to regain its momentum. But still, selling Aussie would be prudent strategy as RBA is no where near a rate hike. Indeed, EUR/AUD, AUD/USD and AUD/JPY all present the fundamental factors to sell Aussie. But for the time being, we’d like to hold our hands and see which factors would develop into a long lasting one. 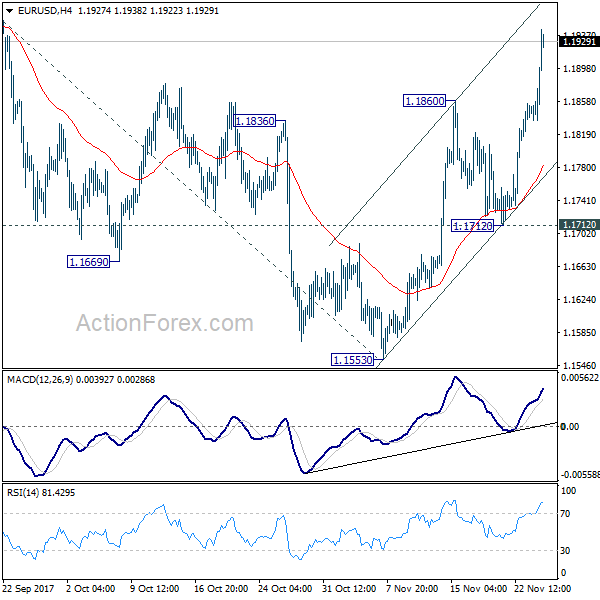 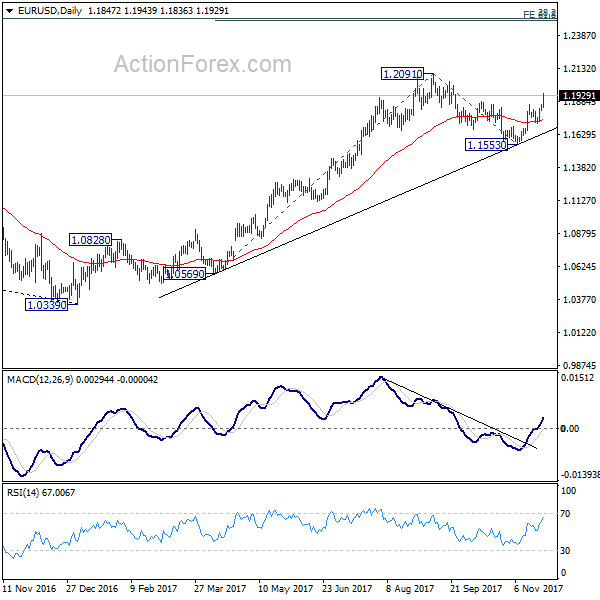 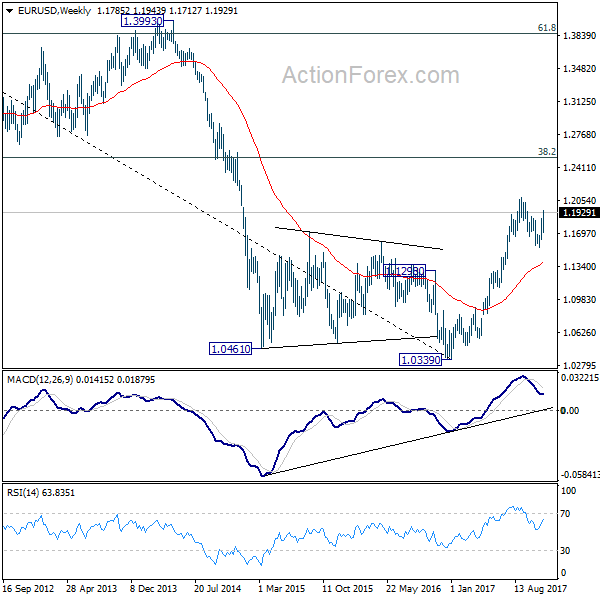 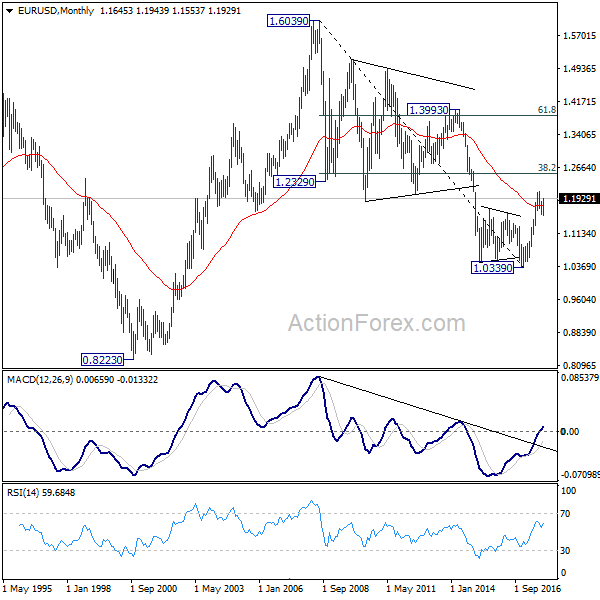