Dollar Hit Three Year Low as Down Trend Resumed, No Clear Sign of Reversal Yet

Dollar’s broad based weakness continued last week and ended as the worst performing major currency. Stronger than expected consumer inflation reading listed treasury yield and raised the chance of a March Fed hike. Fed fund futures are now pricing in 83% chance of a March hike. But that provided just very brief support to the greenback. Dollar index extended the long term down trend to new three year low, suffering the worst weekly decline since September. Some pointed to Friday’s rebound as a sign of reverse in fortune in Dollar. But we’ll, for now, take a more cautious stance on it first. Elsewhere, Canadian Dollar and Australian Dollar ended as the second and third weakest ones. Yen, Kiwi and Pound were the strongest.

The correlation between dollar and treasury yield continued to break down last week. Initial reaction to CPI release was as expected as both Dollar and yields surged. But then, while yields retreated, they stayed resilient. Dollar, on the other hand, suffered steep selloff and resumed recent down trend. There are various explanations to the break down in correlation. But we’d like to point out one fundamental question first. That is, does higher yield make dollar assets more attractive? Or does it reflect the relative unattractiveness of dollar assets?

Many, including us, got it wrong until recently. It worked before, in particular seen in USD/JPY in most of the low interest rate era, that higher US yields will lift the Dollar. But now, as we’re existing this era, it’s just reflection that Dollar assets are getting less attractive. In the background, Fed’s shrinking of the balance sheet this year is going to flood the markets with extra supply in bonds. And then, investors, domestic and overseas, are getting more willing to take risks than parking them in bonds. The US markets, continuously making record runs, is a good place for investments. But some find other markets, like EU and Asia, at least as attractive. Also, the money flow could be seen as a vote of "no confidence" in US President Donald Trump in his deficit booming fiscal policies (with the tax cut), as well as protectionist trade policies. We’re not expecting the positive correction to return, until we seen solid evidence.

DOW was initially sold off after strongest than expected US CPI release but quickly reversed. It indeed extended the rebound from 22360.29 to close solidly to 25219.38. As we pointed out during the week, the reactions could be interpreted as "the worst in stocks was over". The steep selloff from 26616.71 to 23360.29 was based on worries over tightening by Fed. As seen in fed fund futures, chance of a March hike continued to rise to 83% after the CPI release. But stocks were resilient. So, that selloff was probably an over-reaction. The coming days will be important as sustained trading above 61.8% retracement of 26616.71 to 23360.29 at 25372.75 will establish DOW in, at worst, a sideway consolidation pattern, rather than a downward correction pattern. 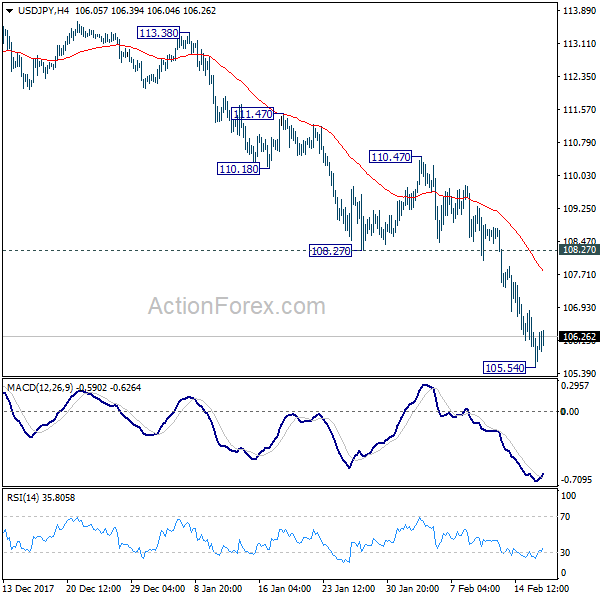 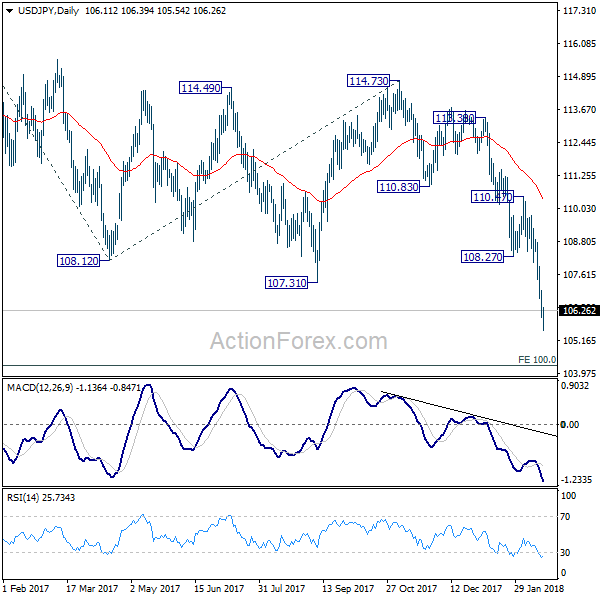 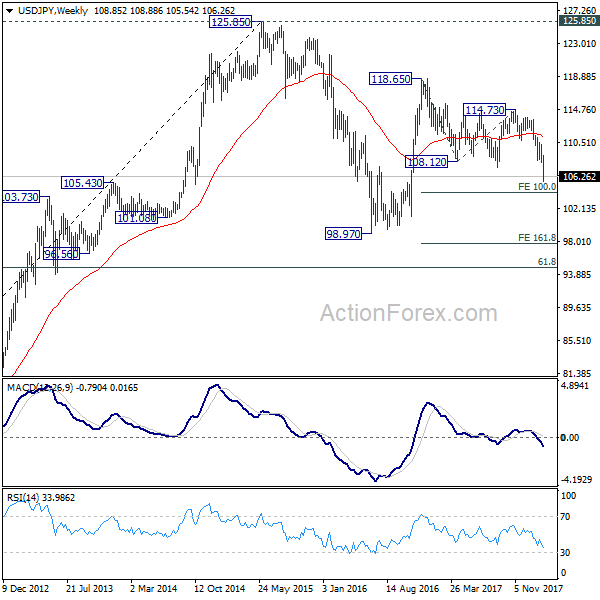 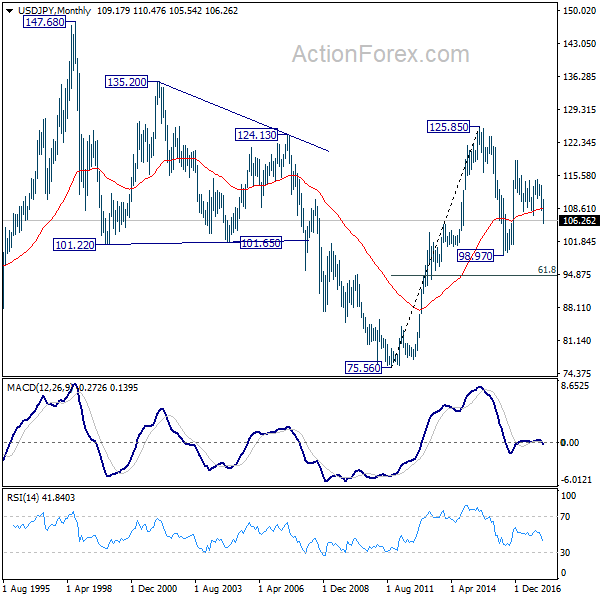