Action Forex
HomeMarket OverviewWeekly ReportGlobal Equities Should be Close to Buy Zones after the Crash, If...

Global Equities Should be Close to Buy Zones after the Crash, If there is No China

Japanese Yen ended as the strongest major currency last week as selloff in global stock markets intensified. Dollar followed closely as the second strongest. Sterling, however, ended as the weakest one despite hawkish BoE announcement which hinted at earlier and faster rate hikes. Euro followed as the second weakest while Aussie was the third weakest. DOW recorded two of the largest single day point drops over the week. And two days of more than 1000 pts decline was definitely historic. Judging from the technical pictures of DOW, FTSE and DAX, while the corrections are not finished, they would enter into "buy zone" of traditional medium term corrections on next fall. That is, we could see the selling recedes soon. However, we’d like to point out a big risk ahead, China stocks, that could make these global selloffs long term corrections.

Outlook of China stocks worst among all

DXY: Wait for break of 91.01 to assess chance of trend reversal

We’ve sold GBP/CHF on break of 1.3105 last week. The short trade once looked very shaky on post hawkish BoE rebound. But it was limited at 1.3239, below our stop at 1.3300, and headed lower again. Worries on no-deal for Brexit transition is cited by many as the reason for Sterling’s decline on Friday. We partly agree to it as the chance for BoE to pull ahead the next rate hike to May hinges on completing a Brexit transition deal. Nonetheless, the lack of follow through buying in Sterling after BoE was also a big hint on underlying indecisiveness. 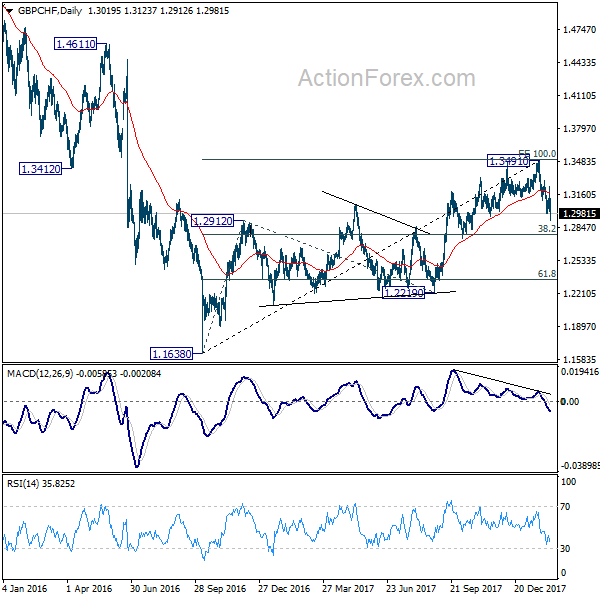 EUR/JPY’s sharp decline last week confirmed short term topping at 137.49. Initial bias remains on the downside this week with focus on 132.04 cluster support first (23.6% retracement of 114.84 to 137.49 at 132.14). Decisive break there will indicate larger trend reversal on bearish divergence condition in daily MACD. In such case, outlook will be turned bearish for 38.2% retracement at 128.38 first. Nonetheless, rebound from 132.04 will retain near term bullishness Break of 134.79 minor resistance will bring retest of 137.49 high instead.

In the bigger picture, bearish divergence condition in week EMA indicates lost up medium term up trend momentum. But there is no clear sign of completion of up trend from 109.03 yet. Break of 137.49 will target 141.04/149.76 resistance zone. However, sustained break of 132.04 will be the early sign of long term reversal and should bring deeper fall back to retest 124.08 key support level. 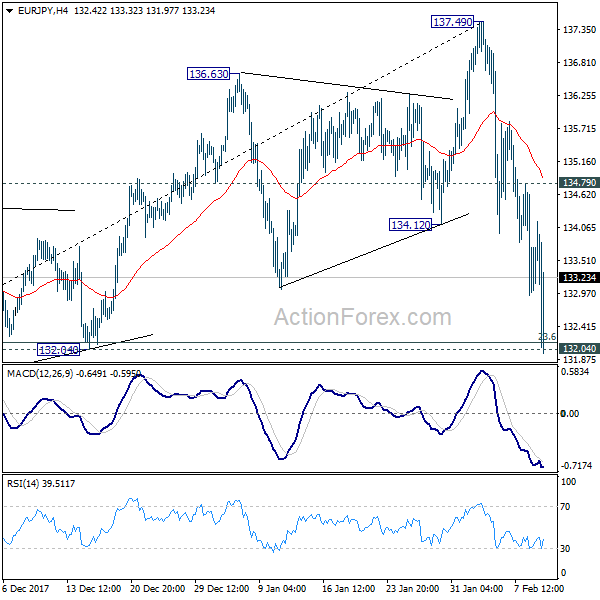 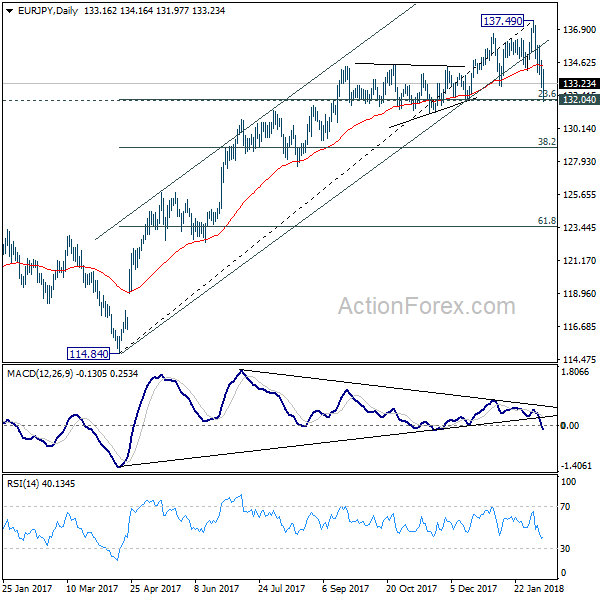 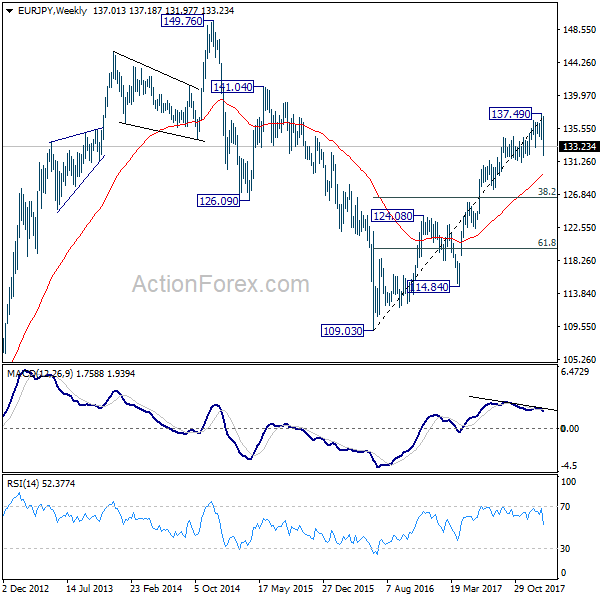 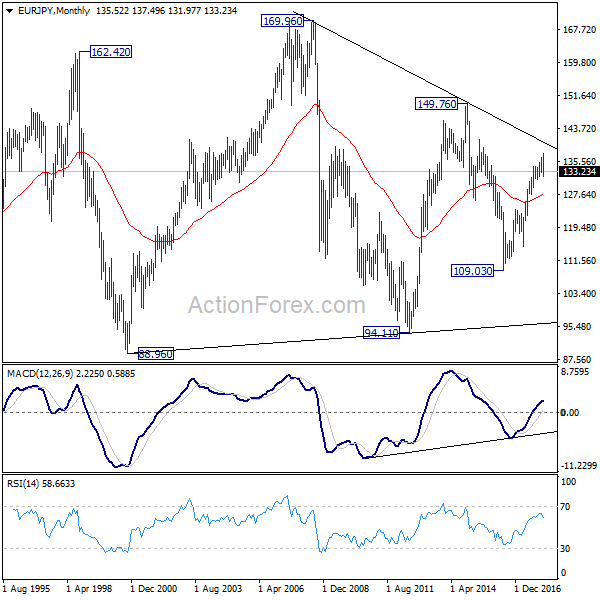