The theme of trade wars overwhelmed the global financial markets last week and overshadowed any other topics. It started on news that US President Donald Trump is going to impose tariffs of 25% on steel and 10% on aluminum. Trump then doubled down by tweeting "trade wars are good, and easy to win" on Friday. DOW suffered a wild 1582 pts swing, diving from weekly high at 25800.35 to as low as 24217.76 before closing at 24538.06. Dollar was initially boosted by Fed Chair Jerome Powell’s testimony, which raised the chance of four Fed hikes this year. But the greenback gave up after a brief try to reverse its down trends against Euro and Swiss Franc. Sterling was pressured as EU’s draft Brexit treaty reminded the markets that there are still huge divergences between UK and EU regarding post Brexit relationship. And UK Prime Minister Theresa May’s high profile speech on Friday didn’t live up to the expectations and gave no inspirations.

In the currency markets, Yen ended as the strongest one on risk aversion. Euro closely followed as the second. Dollar didn’t perform too badly indeed as it end as the third strongest. Meanwhile, Canadian Dollar ended as the weakest one, partly because of ongoing drag in NAFTA renegotiation, and partly because it’s the biggest steel importer to the US. Sterling followed as the second weakest while Aussie was the third.

Large volatility in the markets is almost like a guarantee in the coming week. Results of German Social Democrat member’s vote on grand coalition will be released on Sunday. Italy election will be held on the same day too. Then, Trump will probably formally announce the tariffs and other countries will have likely come up with counter measures. Then, there will be RBA, BoC, BoJ and ECB rate decision. US will also release non-farm payroll report. We better be prepared for a rough ride.

DOW heading through 23360 and below as medium term correction extends

Dollar index staying in down trend after failing 91.01 key resistance

For once, Dollar looks like it’s finally reversing the down trend as inspired by Fed Chair Jerome Powell’s testimony. However, it clearly lacked follow through buying to push it through 91.01 key support turned resistance. For now, it’s staying in the down trend from 103.82. And more downside is still in favor to key support at 84.75 (61.8% retracement of 72.69 to 103.82 at 84.58) before having enough support to complete the medium term correction.

Again, firm break of 91.01 will be the first signal of trend reversal and will turn focus back to 95.15 key resistance for confirmation.

EUR/USD dipped 1.2154 last week but drew support from 55 day EMA and rebounded. The failure to sustain below 1.2205 key support didn’t confirm trend reversal. Initial bias is neutral this week first. on the upside, above 1.2354 minor resistance will bring retest of 1.2555 high. Firm break there will carry larger bullish implication. On the downside, break of 1.2154 would revive the case of rejection by 1.2516 key fibonacci level and trend reversal. Outlook will be turned bearish for 38.2% retracement of 1.0339 to 1.2555 at 1.1708. 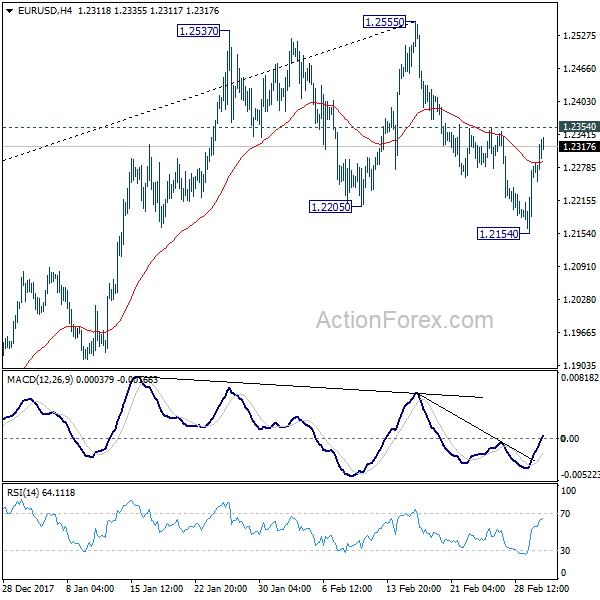 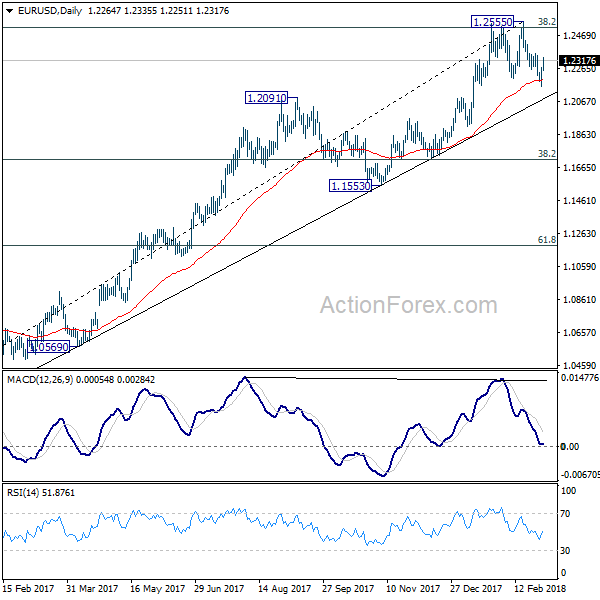 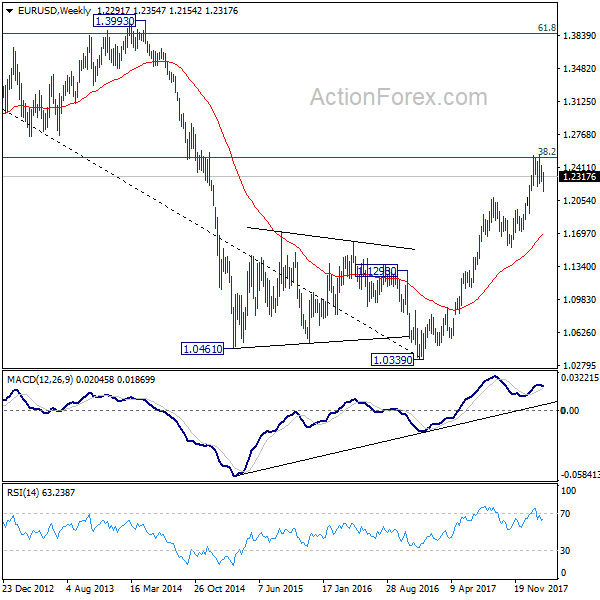 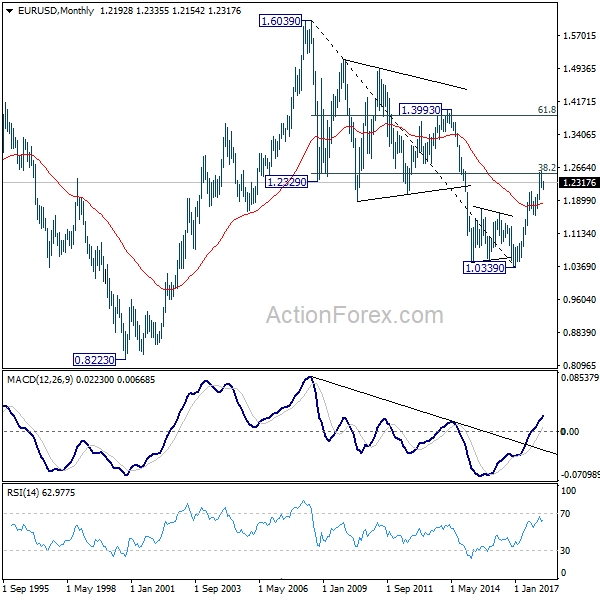