Following the FOMC minutes, the attention turns to the Jackson Hole symposium later this week. We expect that the Fed would make formal announcement of QE tapering at the November meeting. With a tapering size of US15B at each meeting, the entire QE program would be complete by September 2022. As the big picture of the tapering path has been depicted in the minutes, Chair Powell’s speech at the upcoming symposium will likely focus on the case for the tapering and the associated risks. 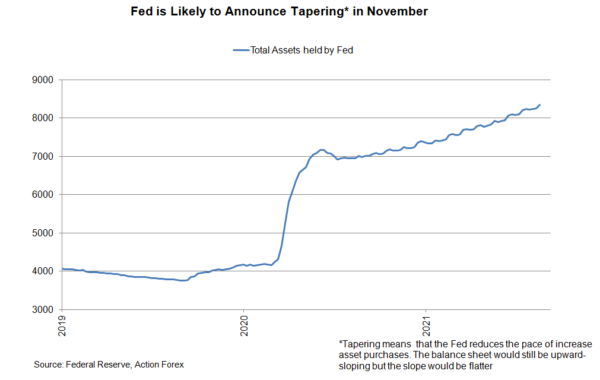 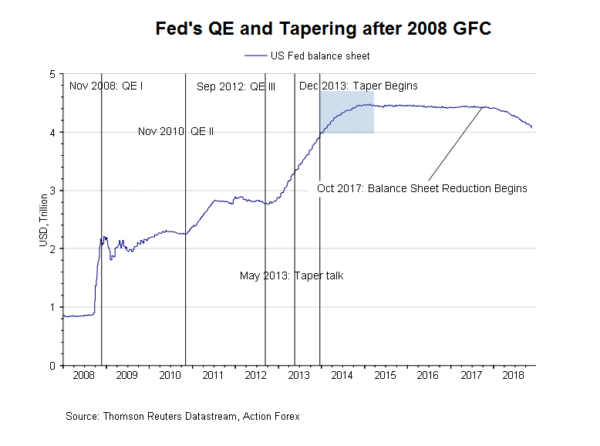 Released last week, the minutes for the July meeting revealed that “most” participants judged that it could be appropriate to start reducing the pace of asset purchases “this year” if the economy evolves in line with their expectations, while “several” noted that a greater-than-expected impact from new virus strains could cause them to rethink the asset purchase timeline. Meanwhile, “several” suggested that an earlier start to tapering could be accompanied by a slower pace of tapering. These comments have raised the odds for an announcement of tapering in November. Another uncertainty that appears to have been resolved was the pace of MBS tapering. Some officials previously expressed concerns about buying MBS securities when the housing market is strong. This had led to speculations that the central bank would accelerate the tapering of MBS (i.e.: the Fed to taper Treasury and MBS securities in equal amounts), allowing MBS purchases to end sooner than Treasury purchases. The minutes, however, suggest “most” participants prefer to taper Treasury and MBS purchases proportionally, so that purchases would end at the same time. Only “several” participants favored reducing MBS purchases more quickly. We now expect that Treasury and MBS purchases would be tapered by US$10B and US$5B, respectively, at each meeting, bringing the entire QE program to an end in September 2022.

Since the announcement to taper would likely be made in November, we do not expect Powell to send much hint about Fed’s move in the September FOMC meeting. This would be significantly different from the Jackson Hole symposium in 2013, at which the then-Chair Ben Bernanke strongly suggested that a September taper is more likely than not.

Powell’s focus of the symposium would be economic developments and the cases for tapering. The strong employment data was not due before the July meeting. As noted in the minutes, “most” participants judged that “substantial further progress” toward the maximum-employment goal had not yet been met, although “most” believed that this standard would be met by the end of the year. We expect Powell to shed more light on the progress of the employment goal.

Meanwhile, the minutes also revealed that “several participants indicated that they would adjust their views on the appropriate path of asset purchases if the economic effects of new strains of the virus turned out to be notably worse than currently anticipated”. It would not be surprising if the Chair cautions over the recent resurgence of the pandemic. 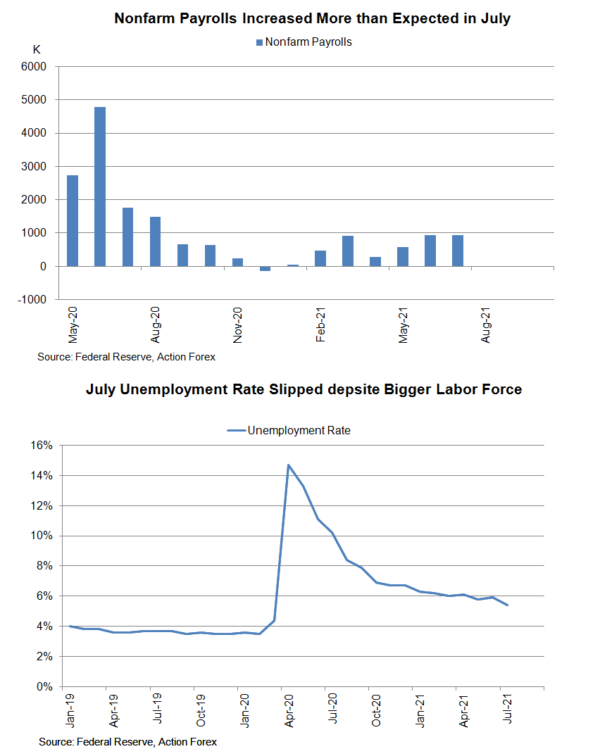 On inflation, Powell would reaffirm that the sharp rise in the general price level is transitory. He should also reiterate that the stance that the Fed would adjust the stance of policy if there are signs that “longer term inflation expectations were moving materially and persistently beyond levels” consistent with its goal.

Key US data this week include personal income and consumption report for July (due Friday). The report will include the latest core PCE inflation data, the Fed’s preferred inflation gauge. These data would be released ahead of Powell’s speech in Jackson Hole.