Japanese yen has been rather stable over the past weeks despite volatility in other major currencies. It’s resilient performance over the past few days despite heightened FOMC tapering talks is no accident. We summarize three major drivers of this. 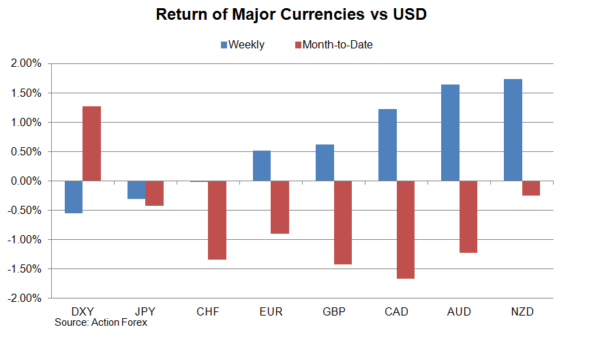 A key theme of USD’s strength over the past weeks is Fed’s early tapering, as well as risk aversion amidst resurgence of the pandemic. Although the greenback has stolen the show Japanese yen should not perform too poorly as a traditional safe-haven currency. JPY’s resilience is helped by its traditional role as a funding currency in carry trade. The persistent low yield in Japanese asset has made JPY an attractive funding currency in carry trade, in which investors borrow yen at a lower interest rate and buy another currency at a higher interest rate. Investors take profit from carry trade at times of financial turmoil and return the JPY borrowed, sending the currency higher. 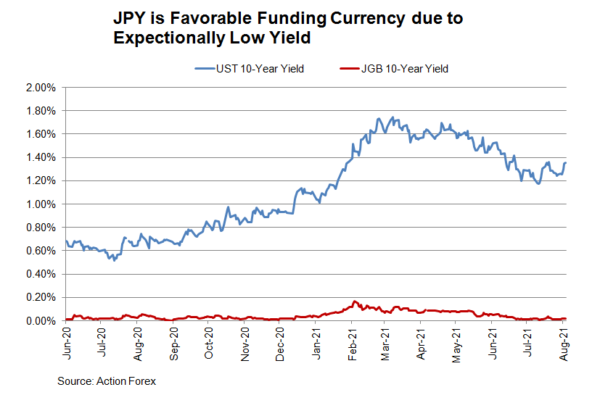 As CFTC’s Commitments of Traders report shows, net short for JPY futures has remaned ample, hovering at around the highest level in 2 years. With speculators already running short JPY positions since March this year, we see limited room for further short selling positions. Meanwhile, the effective JPY index has slumped about -12% from the high in March 2020, traders could find the current price level attractive. 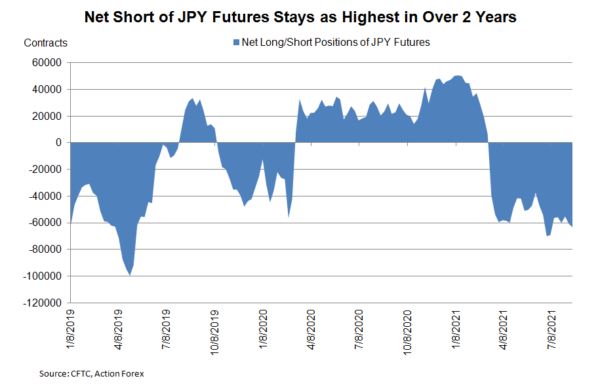 Japan’s economic situation remains fragile. Earlier this week, economy minister, Yasutoshi Nishimura, maintained a downbeat tone on the outlook and warned of the impact of rapid virus spread in Asia on the Japanese firms’ supply chains. On inflation, Tokyo’s core CPI (excl. fresh food) was flat in August, betting than consensus of -0.1% and July’s -0.3%. The core-core reading (excl. fresh food and energy) slipped -0.1% y/y in August, also better than consensus of -0.1% and July’s -0.4%. Yet, the improvement was mainly driven by low base effect and government’s Go To Travel campaign. It’s still too early to note that the country’s inflation is going to improve further. On a positive note, preliminary data showed that the country’s GDP expanded an +1.3% q/ in 2Q21, following a -3.7% contraction a quarter ago. This came in stronger than consensus of +0.7%. We believe that the worst of Japan’s economy has already been priced in the Japanese yen’s performance. Upside surprise in economic data should lend support to yen.