‘Overall, the forecasts for year-ended GDP growth are lower over the next three quarters than those presented in the November statement, almost entirely due to the base effect of the weak September quarter’. – Reserve Bank of Australia

Australia’s Central bank stated on Friday that the economy remained on a relatively strong footing during the second half of 2016. In its Monetary Policy Statement, the Reserve Bank of Australia said that the possibility of a widely expected downturn in the Australian housing market remained low. The Bank also said its forecasts for 2016 GDP growth were revised down, following sluggish growth in the Q3, when the economy unexpectedly contracted 0.5% after two straight quarters of economic growth. However, the RBA said this contraction was largely due to temporary factors, such as a slowdown in building activity related to bad weather and coal supply disruptions. As to inflation, the Bank said the inflation rate would likely remain below its inflationary 2-3% target band until the middle of 2019. In the meantime, according to the Central bank’s estimates, the annual rate of population growth would probably remain around 1.5-1.6% but the economy would likely fail to create more jobs over the next years. The unemployment rate, which rose to 5.8% in December from the prior month’s 5.7%, would remain in a range of 5-6% until the middle of 2019. The Central bank also said that a possible slowdown in the Chinese economy would remain a key risk to Australia over the next several years. 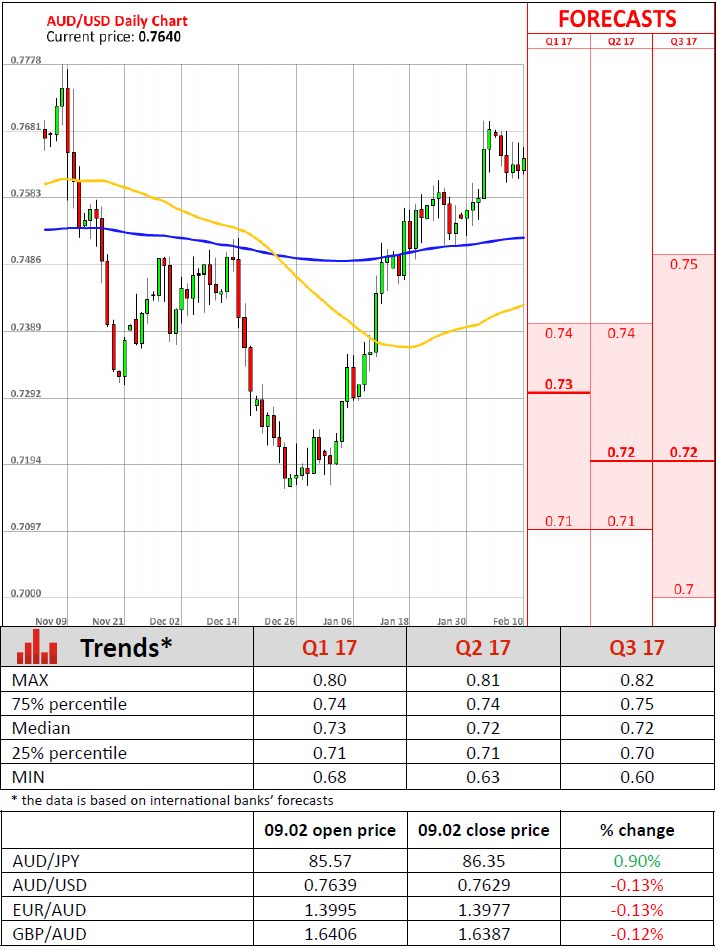