‘There is no sign of a pickup in layoff activity. We continue to view the signal of extremely subdued layoffs from the jobless claims data as evidence of companies attempting to retain their workers in a tight labor market’. – John Ryding, RDQ Economic

The number of Americans filing for first-time unemployment benefits declined to an almost 43-year low, official figure revealed on Thursday. Last week’s drop in claims was driven by tightening labor market, which is likely to prompt wage growth. According to the US Department of Labor, national jobless claims declined 12,000, to 234,000, during the week ending February 4 from the preceding week’s upwardly revised 246,000. Meanwhile, economists anticipated a slighter deceleration to 250,000 during the reported period. Filings have been below 300,000 for 101 straight weeks — the longest streak since 1973. In the meantime, the less volatile four-week moving average of initial claims dropped 3,750 to 244,250, the lowest level since November. Furthermore, continuing claims increased 15,000 to 2.08 million during the week ended January 28, while their four-week moving average fell 3,750 to 2.08 million. These claims, reported with a one-week delay, reflect the number of people already collecting unemployment benefits. Other data released by the Commerce Department on Tuesday showed US wholesale inventories climbed 1% in December, following a similar gain in November. Excluding automobiles, wholesale stocks grew 0.9% in December. The change in private inventories contributed 1% to GDP growth in the final quarter of 2016. 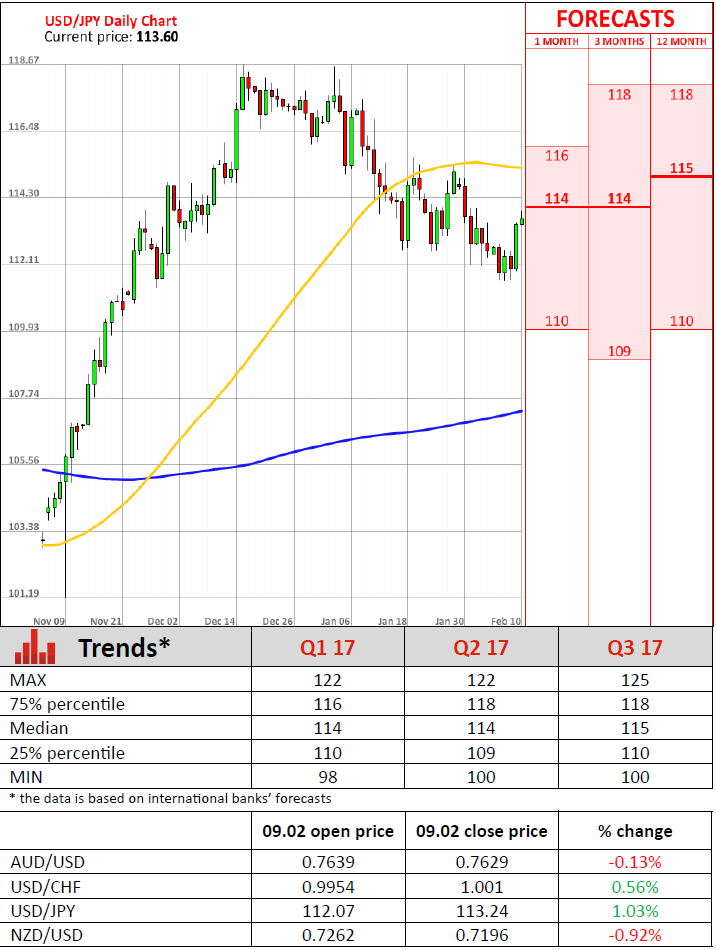