The Canadian dollar rose 0.20 percent on Thursday awaiting the outcome from the trade meeting between US President Trump and his Chinese counterpart Xi Jinping.

The US dollar is mixed against major pairs on Thursday with commodity currencies leading the pack against the greenback. The uncertainty on what will be the outcome has both pressured the dollar, but also lifted it as traders are preparing for a binary endgame. 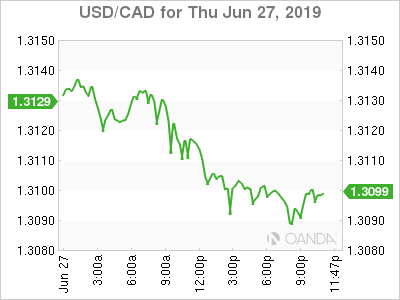 A truce is expected with more negotiation yet to come, but most signs point to an end of the tariff war. Yet, both sides are also coming not ready to give away any ground and Trump has said he will decide on tariffs after the meeting with Xi.

The Fed has hinted at upcoming rate cuts, but comments from Fed members this week have been less dovish to recalibrate market sentiment. A 50 basis point cut was ruled out by Fed member Bullard, while Chair Powell remains hawkish on the US economy but is concerned about the negative effect of a trade war and US consumer sentiment. 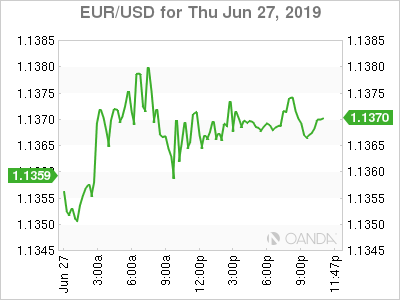 The Fed led major central banks in ending its easing cycle and moving toward rate normalization, there are doubts that the American central bank will be a leader in rate cuts, or do minimal adjustments to the disappointment of the White House.

Oil prices traded in a right range ahead of the anticipated sit-down in Japan as part of the G20. The meeting between Trump and Xi is so important that the OPEC+ rightly delayed their own ministerial meeting to the week after, so that they could reach a more informed decision. 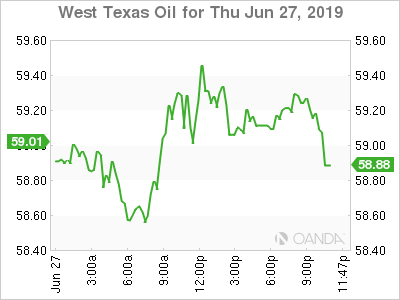 A successful meeting, even if there is no blockbuster deal announcement, will still be positive for energy prices as easing trade uncertainty is an upgrade to global growth forecasts. 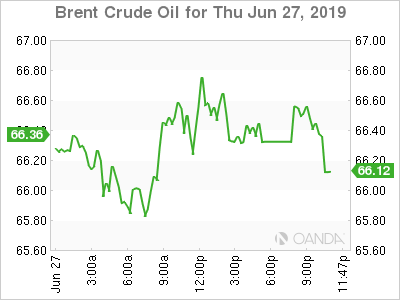 Middle East tensions will keep crude bid, as will the drop in US inventories as per the latest weekly EIA report. Global demand has maintained strong levels, and the final catalyst would be an end to the US-China trade war.

Gold lost 0.28 percent on Thursday and is fighting to trade above $1,400. The yellow metal reclaimed its crown as top safe haven, but market optimism is reducing the appeal of a refuge as the G20 sidebar meeting between the US and China could be the end of the tariff war. 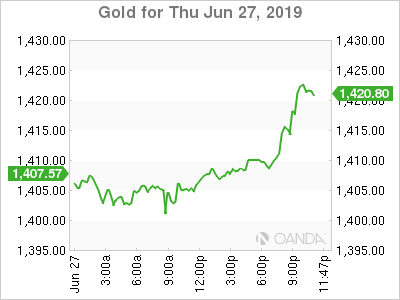 The two sides still remain far apart despite the coordinated goodwill statements. We have been here before, with a deal in sight, only for it all to crumble away with a new round of trade disputes.

The same tensions keeping crude bid, will work in favor of gold as investors will flock to the metal if there is a need for a safe haven.